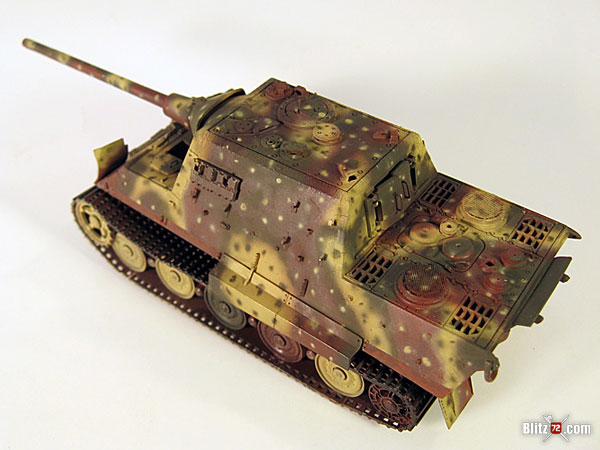 In the previous steps of this series we improved Italeri’s Jagdtiger kit by modifying the basic kits parts and the addition of plastic sheet and mesh, then we went even further forward adding some aluminium sheet and cooper wire scratchbuilt details to our Jagdtiger scale model. This only means we are ready to start shooting some paint to it.

As said in the first article on the series, Italeri instructions are completely bogus, so instead I resorted to Tamiya’s #35307 Mid Production Jagdtiger that also comes with 331 as an option. 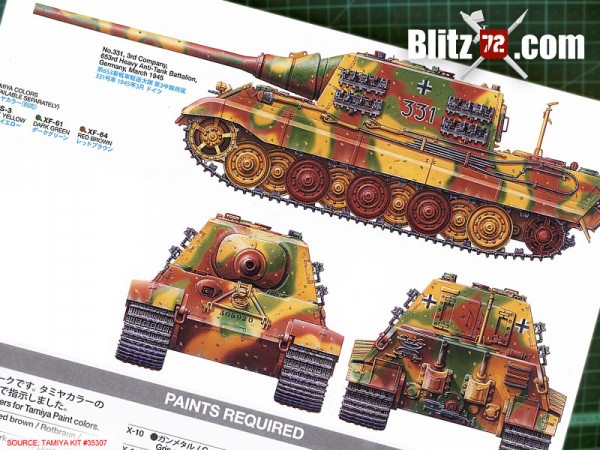 It is great in that it brings 3 views in full colour and also a 4 view b&w paint instructions. Looking at the pictures I had, this looked way more accurate than what Italeri suggested, and actually the only thing I found wrong on it is the fact that the dots on the ambush scheme are too small compared with the pictures. 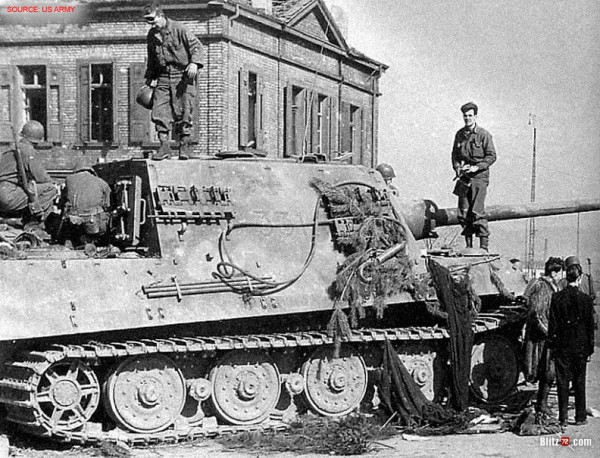 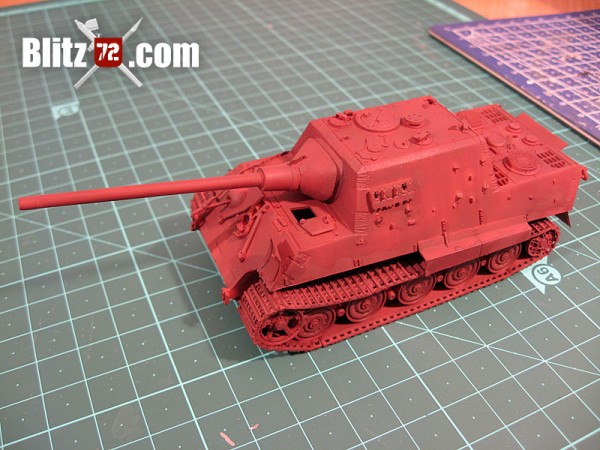 As usual this model was painted with acrylics. I like to pre-shade my armour models with flat black and this was not an exception, I used Revell’s Aqua “Tar Black” for this. 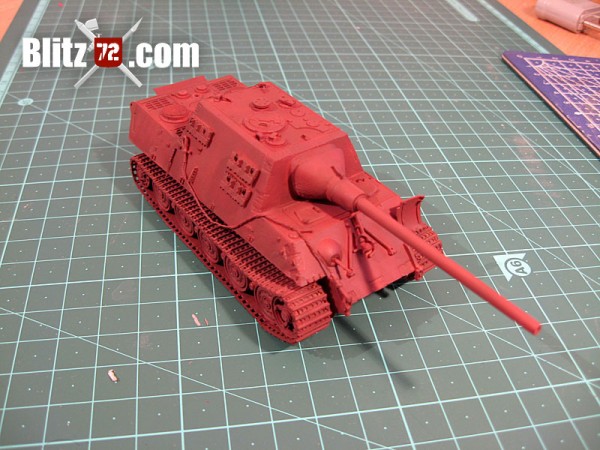 Consensus among my scale modeling friends and my references indicate late war German armour was indeed painted in a Red Oxide base as opposed to the DunkelGelb previously used. Regular camo colours in RotBraun, OliveGrun and even DunkelGelb would be added directly over it. 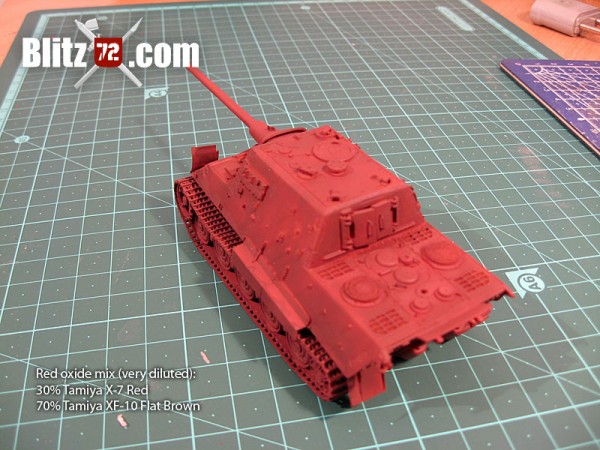 I created my Red Oxide by mixing 30% Tamiya Red X-7 and 70% Tamiya Flat Brown XF-10 applied in very thin coats over the black. 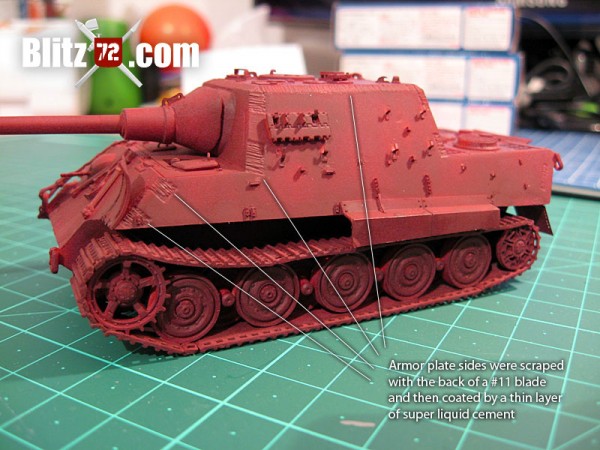 Don’t panic, I know it looks like something out of Nickelodeon right now, but soon we will be painting and weathering the hell out of this cartoonish scheme. At this point we check for any major errors in the texture of the elements, like the roughness on the sides of the welded plates and the gun mantlet. 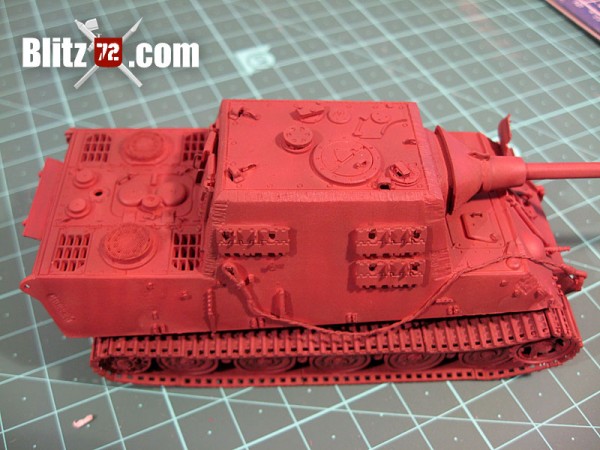 Everything looks good so we move forward. After masking the road wheels and tracks we proceed to mask the lower part of the hull. We do this basically because we are under the assumption that this tanks was factory finished in Red Oxide, assembled and then camouflaged. Hence now that the fenders are lost the original base colour should show. 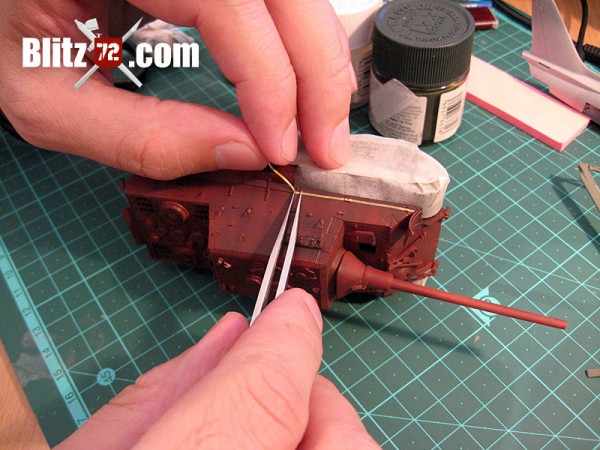 There is even this WW2 photo the US Army took of Jagdtiger “331” when it was being shipped to the US, and actually it sports this well defined dark area under where the shutzen, or side skirts would have been installed.

For the painting I sed Tamiya colours and totally disregarding what Italeri says. For the Olivegrun I used a mix of Tamiya’s XF-61 with a couple drops of XF-58 Olive Green. The Dunkelgelb was made with XF-60 Dark yellow lightened with two drops of white and XF-64 straight from the bottle for the Rotbraun. As said, I based the scheme on  b&w pictures of when #331 was captured and being shipped to the US, and also using Tamiya’s 1/35 kit instructions which are colour printed and of excellent quality (hear hear Italeri!). 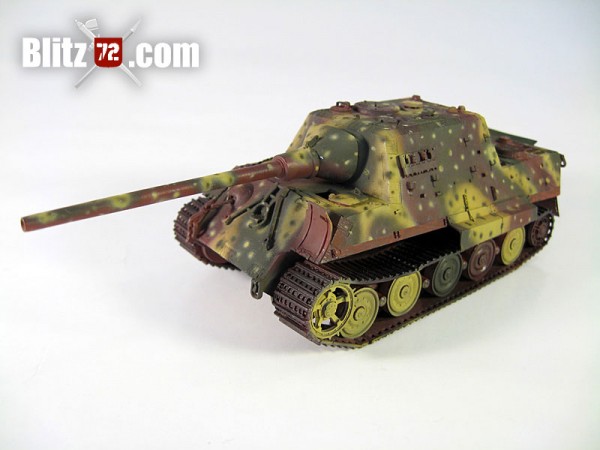 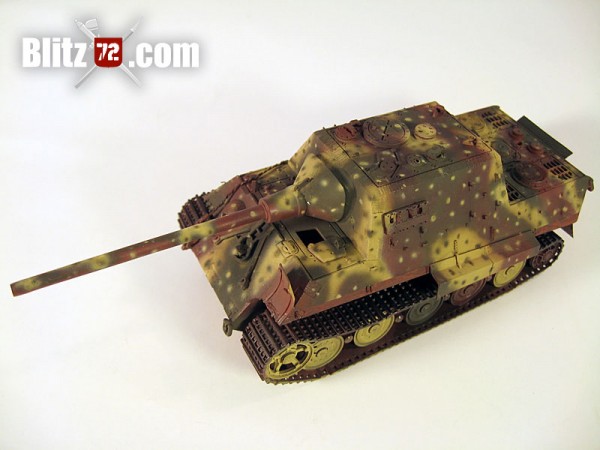 The rather large “dots” on this ambush scheme were a but of a challenge to get right and I ended up with splotches everywhere the first time. In 1/72 I’d be the first to draw my 000 brush and paint those by hand, but b&w pictures clearly show these rather large dots with soft edges. 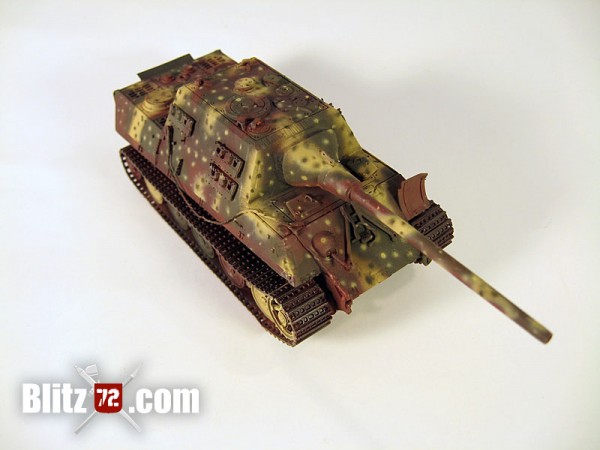 I painted the smaller details, like the machine gun and the tow cable / spare track links for which I used a mix of several browns from Revell Aqua Acrylics. 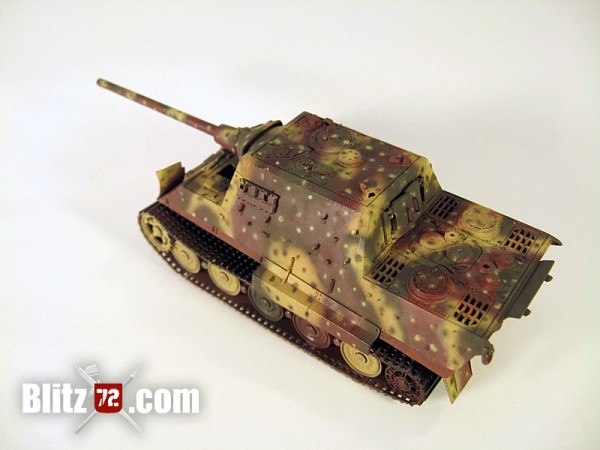 I gloss coated the model with Tamiya Acrylics to prepare for decaling.