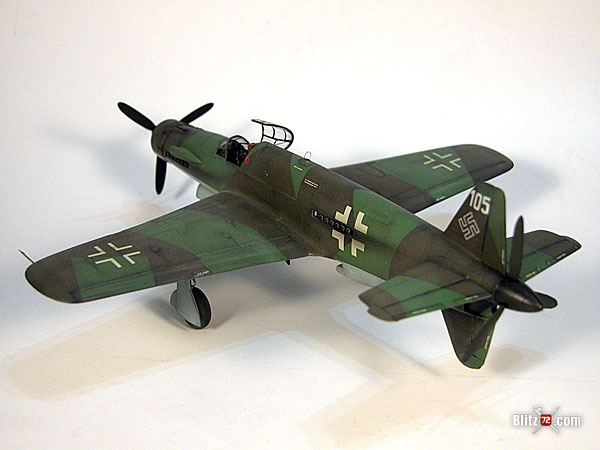 Text and Images by Fabian Vera from Argentina

I used Dragon’s “Gold Series” Dornier 335A kit #5009 which is of very good quality. As a feature it allows you to build the model with the engines doors opened so they are visible. The only nitpick with it is that the plastic is really soft and the interiors are a bit simple. For this reason I decided to use and old, and hence unpainted, version of Eduard’s SS148 Photo Etch set. 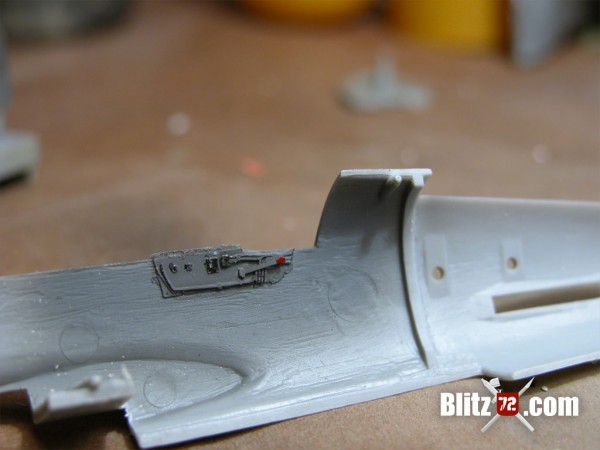 The interiors were brush painted using AJ Press’ #67 “Dornier Do 335 Pfeil” book as a guide and following both the kit and the PE instructions. Once the interior was ready the rest of the model was quite simple to assemble. It does have some fit issues, namely a step on the leading edge of the wings were Dragon molded a hollowed weight compartment. The modeller is instructed to place ballast there so the finished model would stand naturally on its 3 wheels. Since I wasn’t going to display the open engines, this was not necessary as I could balance the model by putting lead weights in the nose instead, where the front engine would have been. 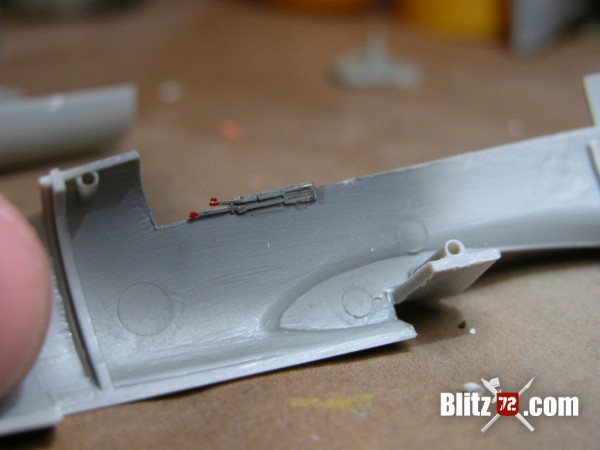 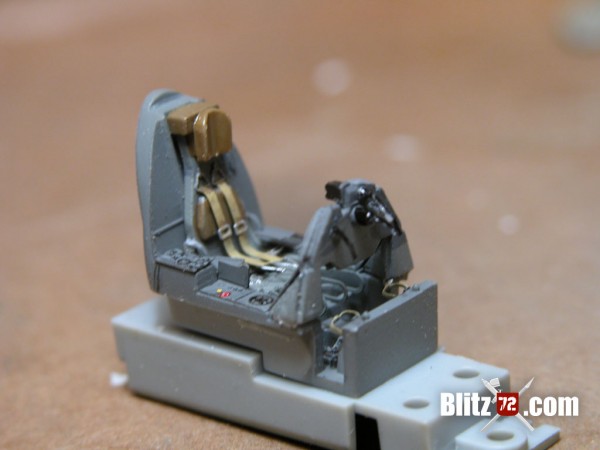 After these main areas of concern were puttied and sanded I primed the model. My Dornier 335 scheme was based in one of the profiles published by AJ Press’ in their book, consisting of RLM 81 and 82 for the top areas, and RLM 65 for the bottom. Wheel wells and landing gear legs were all sprayed with RLM 02. All the paints used were RLM equivalents from Model Master’s line. 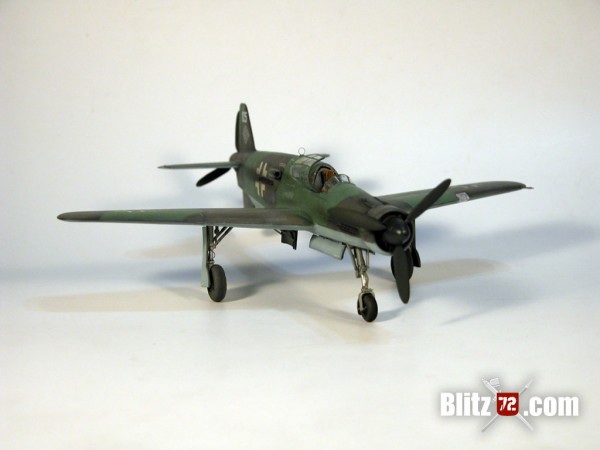 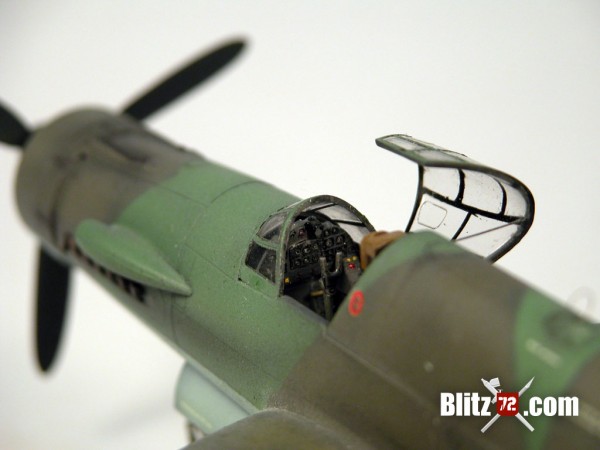 Once paint was properly cured it was coated with Future in order to provide a gloss surface for the decals. The kit provided crosses and numbers cracked in contact with water, so I was forced to resource some replacements from the spares box. The only decals that I was able to salvage from the original sheet were the stencils. The Swastikas comes from Condor Decals 72002 “German Swastikas for Fighters” (Note from Editor: this set is available at Condor Decal’s Website). 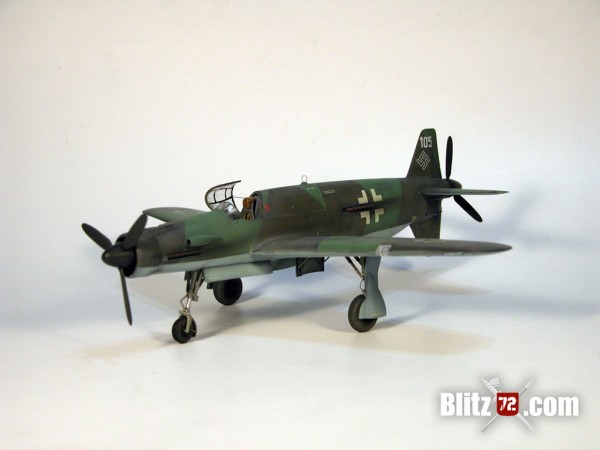 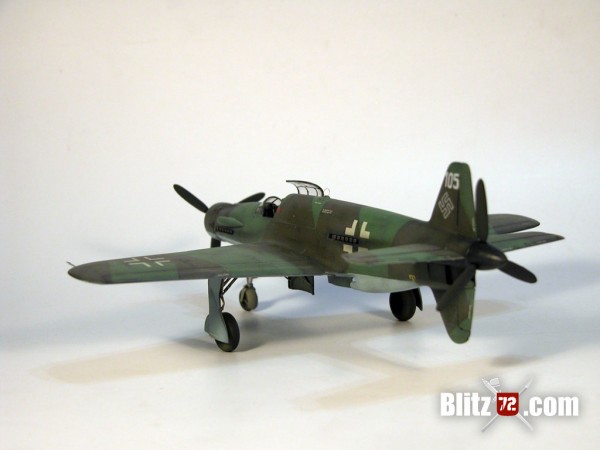 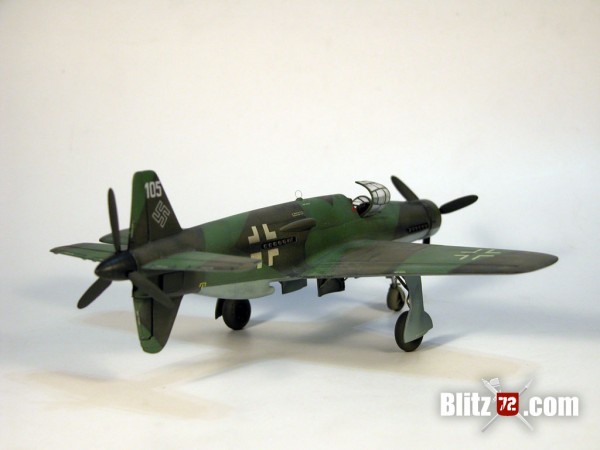 Decals were sealed with another clear coat of Future. Then the “Pfeil” was finished with a Model Master satin coat. 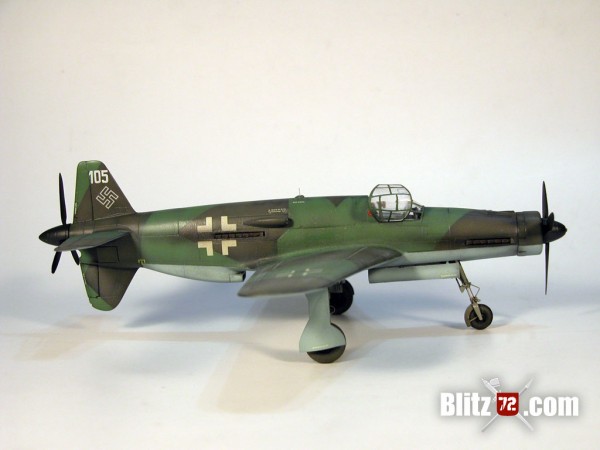 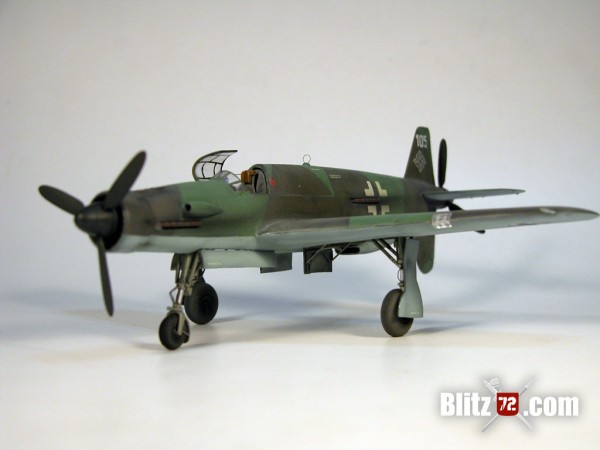 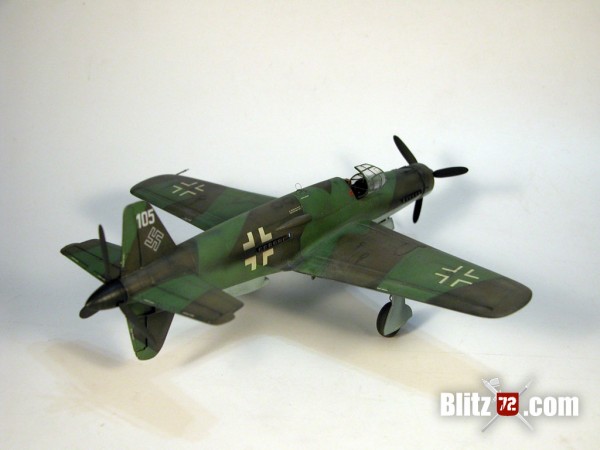 One thought on “The Pfeil-bulous Dornier 335”