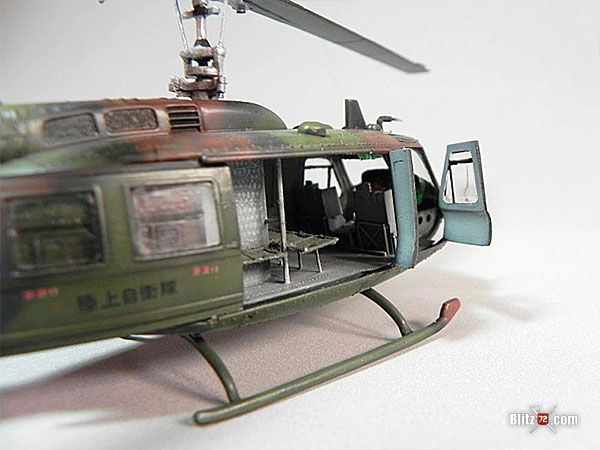 Model and photos by Raul Cruz from Mexico

This is hasegawa’s #A11 1/72 UH-1H Iroquois scale model that he improved with quite a few interesting scratchbuilt additions Most of the detailing happened in the interior where he built the troop benches, pilot and co-pilot seat Kevlar armor, overhead console and control sticks.

On the exterior, the main rotor received cooper wire command rods, and one of the cabin doors was cut open so all the lovely interior detail was visible. Wire was used to add the different antennas that are particular to the Huey, like the FM homing antennas in the front, UHF antennas in the tail boom sides, and last but not least the whip VHF antenna in the tail. 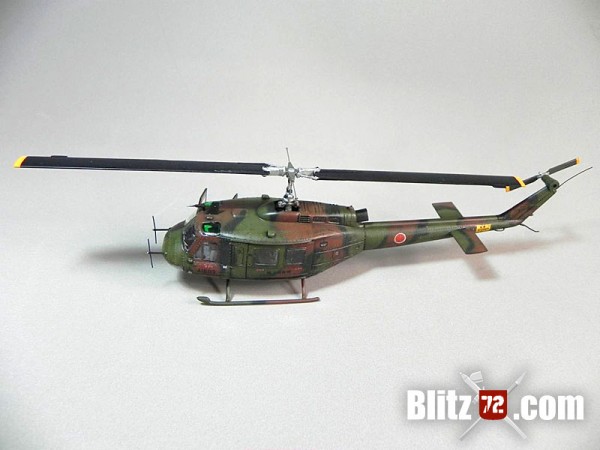 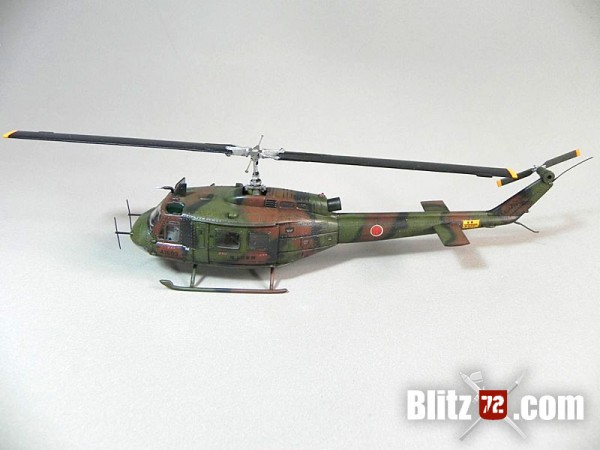 The model did present a few challenges, like a step on the seams between both fuselage sides. That was promptly sorted by removing the locating pins from the sides and some sanding to even the surface. The Clear parts fits loosely so he had to resort to Microcrystal Clear from Microscale to glue/fill the joints.

One of the things that always impresses me from Raul is his painting. I mean, there are modelers that have mastered a particular type of painting; flat, satin, hard edged camo, freehand, etc, but when it comes to Raul it really doesn’t matter if it is a 72nd scale airplane in low-vis scheme or a super flamboyant and ultra polished Italian sports car, he can flawlessly paint them all with the same awesome level.

As any modeler that has attempted to achieve a Japanese camouflage of any era knows, these are particularly complicated to get right, specially when it comes to small scale. I’m really impressed by what he has done on this helicopter.

He airbrushed the model freehand with a Badger 150 (fine tip) and used Tamiya paints from their acrylics line, namely XF-67 NATO Green, XF-68 NATO Brown, and XF-69 NATO Black. Weathering was achieved by yellow, ochre and raw umber oils. Final coating was a mix of Vallejo Matt and Satin varnish to a 3:1 ratio leaving the model with a slight sheen that is really interesting. 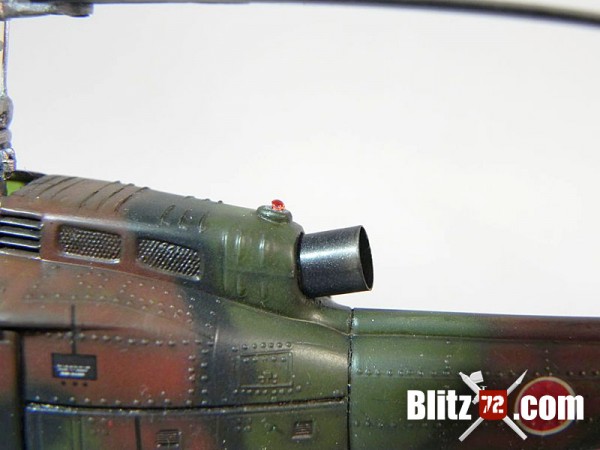