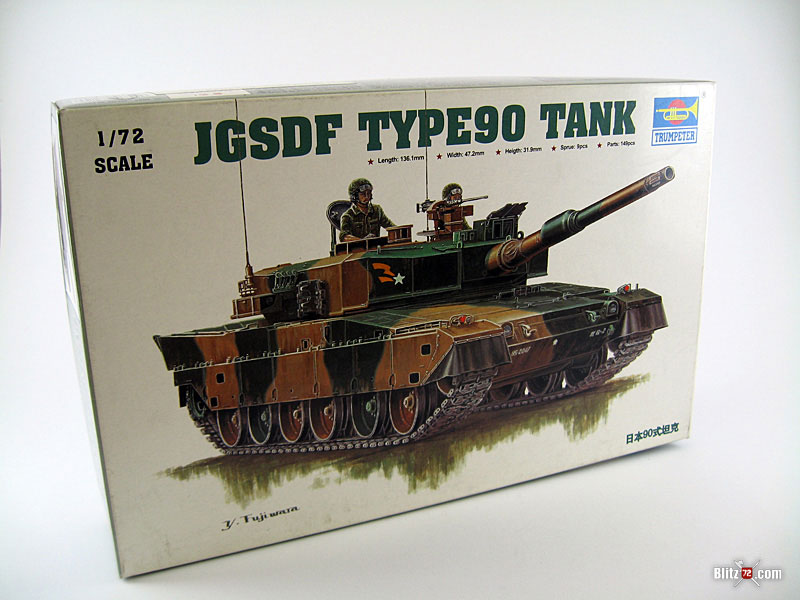 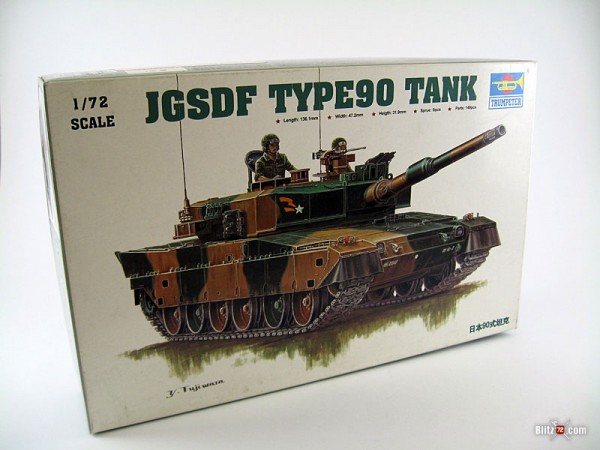 Detail is abundant on all the major parts. I got to say from what I have seen this is probably the best effort put by trumpeter as far as crispness of detail. Almost every single part has petite bolts and textures to it, down to the slits on the tiny headlights.

Hull and turret detail is awesome, as is the set of wheels. Tracks comes in the way of two full length vinyl tracks that are really soft and of great detail both in and out. The track represented is the padless variety (which is good) and is very very nice for a vinyl track.

Kit comes with a few minor optionals, like a cap’d or open end barrel, all the hatches and the main gun sight are positionable, you even get the commander’s hatch “snorkel” extension for deep wading.

Speaking of the commander, two figures are included and the quality of these parts is just nothing short than spectacular. They are very well sculpted for 1/72 plastic injection figures. Probably second only to the German Paras in Dragon’s Kingtiger box.

WIP… and where I want to go with it

I was a bit let down that in this regard this is a typical Trumpeter kit with marginal fit and over complicated engineering in places. For instance the wire bush guards for the headlights doesn’t fit at all. I tried everything, even sanding and thinning it with a scalpel to no avail. I guess I’ll have to resort to cooper wire and make my own.

The piece on the back of the hull doesn’t fit well, it is narrower than the whole it is supposed to cover by at least 1.8mm, leaving two slits at the sides. I filled the gap with some plasticard. The upper and lower turret parts don’t fit that well either, so I tried to concentrate in matching the rear part, were the seam would be more visible, the best I could and then filling the huge gap in the front.

There is no fender “roof” over were the tracks would be, actually if you leave any hatches open you ‘ll get to see all the way through the model bench or base. So I used some scrap plastic to fill that out.

What I really liked about this model so far is the barrel, just a tiny seam mark, and it fits very well. I’m using the cap on the barrel for now, as later on I saw some Type 90s in winter exercises so might end up drilling it open. 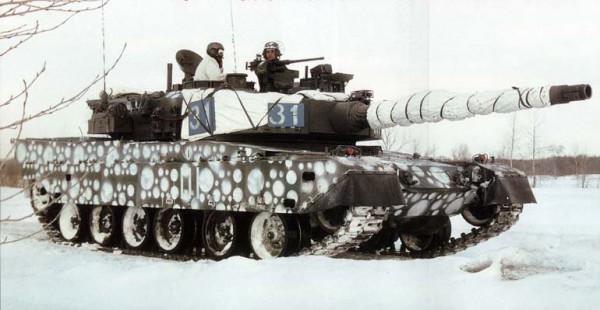 Also I removed the pins from the suspension arms so I can move them freely. I’m playing with the idea of positioning the beast over either rough terrain or in a banked or “tilted” forward stance. This is a particular feature to the Type 90 (like other Japanese tanks) that it can “lean” fwd of aft by selectively adjusting its hydropneumatic suspension. This was a requirement of the JGSDF and it aids with elevation/depression of the main gun under mountainous or uneven terrain that is common in Japan. I think it would be a nice and uncommon display in a scale model. 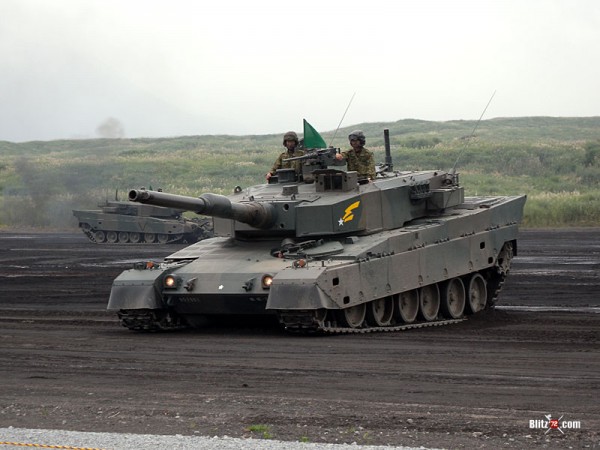 I wanted to keep this out of the box, but from the looks of it I’ll be adding at least some cooper wire for the headlights bush guards, and some mesh for the bustle rack.

I’ll let you know how this project goes!.