For some Scale Modellers the Sherman tank might seem a bit repetitive given the lack of paint scheme assortment, specially when compared with its rather flamboyant German or Italian counterparts of WW2. However, upon closer inspection it allows endless Modelling opportunities given its long service record that in some cases spans to this very date.

This is the case of the Paraguayan Army Sherman Firefly tank that with 3 units stills serves in the “Regimiento Escolta Presidencial” (President’s Guard Regiment) with base in the Paraguayan Capital city, Asunción.

The history of the Sherman tank in Paraguay begins in 1971 when the Argentinean Army presented its Paraguayan counterpart with 3 Sherman Firefly tanks to compliment the 9 M3A1 Stuarts the US provided as part of the Military Assistance Program in 1969. 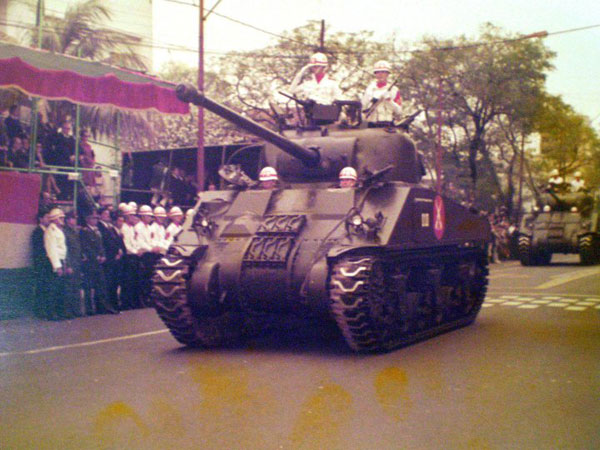 This first batch of Shermans consisted in Firefly Vs with the excellent British 17 pounder gun, locally know as the “76mm”. These Shermans sported a Satin Olive Drab finish and were equipped with T54 chevron style tracks as can be witnessed on this Parade photo. The markings were sparse, a huge red roundel on the sides with two white Mauser silhouettes and 3 digit white numbers on the armor reinforcement plate of the hull (i.e. 024). Some sources suggest it carried a small “plate” number painted on the lower back of the hull (i.e. REP-024) but I got to say I was unable to find photographic reference on that.

Fast forward to 1981. According to “Blindados Argentinos”, by Ricardo Sigal Fogliani, Paraguay received another batch of 3 Shermans. According to the same source, in 1988 Paraguay gave back 3 of these Sherman Firefly Vs to the Argentineans and in return Paraguay got 3 Sherman “repotenciado”.

The newly arrived Sherman “Repotenciado” tanks were powered by the Poyaud 520 V8 Diesel Engine and the daunting L44/57 FTR 105 mm main gun (manufactured in Argentina at the military factory of Rio Tercero). Another interesting detail is that these units are equipped with a T49 type track and drive sprocket, both built under licence in Argentina.

This “new” equipment increased significantly the fire power of the “Regimiento Escolta Presidencial” and the new powerplant meant a much better and reliable engine than the 10 liter Continental V12 pushing the previous Shermans in service with this unit.

However, this very improvement would become the unit’s Achilles heel a few months later in February 3rd, 1989 when a military coup against the dictatorship of General Alfredo Stroessner unleashed in Asunción.

Spearheaded by the Paraguayan Army Cavalry Regiments equipped with the Brazilian built Engesa Cascavel EE-9, the only elements capable of opposing a real defense against the Coup were the “Regimiento Escolta Presidencial” Sherman 105s.

However, the “Regimiento Escolta Presidencial” wasn’t fully trained in the use of the just received 105mm Sherman “Repotenciado”. In fact, a French Military Advisor was in town training the crews on the use and maintenance of these French powered beasts. As the advisor lived in the adjacent military housing facilities and could quickly assist the “Regimiento Escolta Presidencial” in starting up and using these Shermans, he became a High Value Target for Kill or Capture by the attacking forces.

When the actual attack began, the advisor drove his Peugeot from his house to the Regiment Head Quarters 4 blocks away, but was intercepted by a mixed column of EE-9 Cascavels and EE-11 Urutús. The attacking forces promptly identified his vehicle plates and it received a 90mm shell direct hit. As a result, the crews of the General Stroessner loyal Sherman’s could not oppose the armoured attacking force and the Regiment had to improvise with a small Squad of EE-9s that mostly supported infantry from fixed positions. After a couple of hours of small arms and mortar fire exchange, the mighty “Regimiento Escolta Presidencial” finally fell and with it, a Dictatorship of 34 years got to an end. 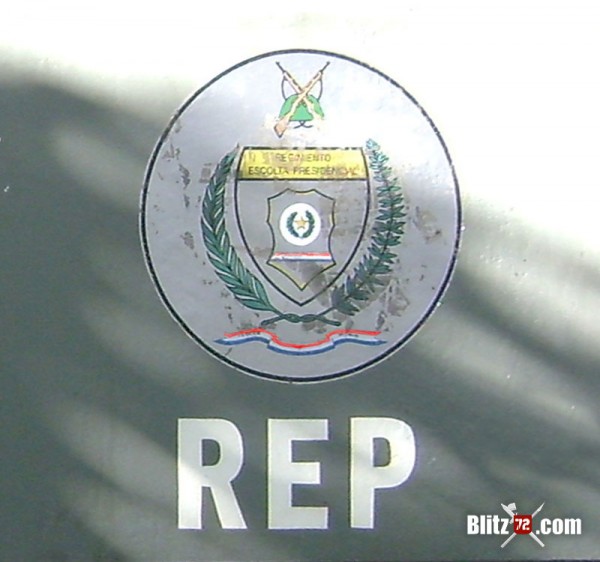 The mighty Shermans kept on going however, and they were a rather common sight in parades. The real value of these tanks in the modern warfare is questionable at least, but their longevity is undeniably impressive. When I asked my source about the tanks, he said they had an engine rebuild and electrical rewiring a few years ago and modern FMK ammunition was procured at the time. They are given a short run each week to keep them oiled… “Is like a classic car” he said ”no AC, no Mp3 stereo, but kick the tracks, pour some gas in it and fires up beautifully”.

I’d love to see these beast shooting that big gun in an exercise sometime… must be like hearing the old veteran shout “Here I am my children, I can still bring the heat”.