With the Falklands/Malvinas War 30th Anniversary around the corner I think it is time to revisit decal options to produce some of the airplanes used in this conflict by both Argentina and United Kingdom.

Probably one of the best decals options out there, if you are into building both Argentinean and British airplanes, is Condor Decal’s Guerra de Malvinas/Falklands War series.

In this opportunity I’ll review the 1st part of their Guerra de Malvinas/Falklands War 72005 decal sheet. At 14 US$ this sheet is quite a bargain considering you get subjects from the Argentinean Air Force, Argentinean Navy, Royal Navy and Royal Air Force. 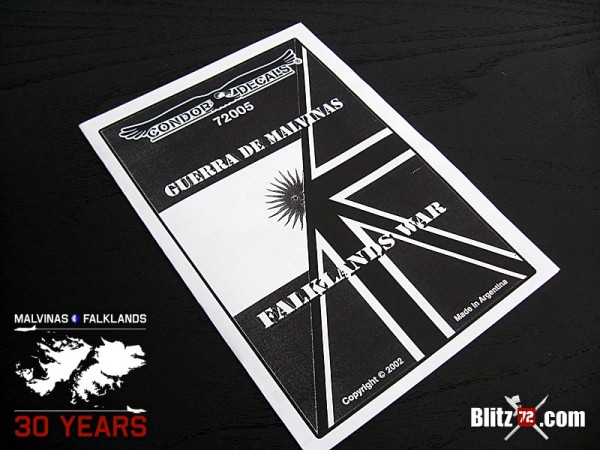 In fact with this sheet you can do:

All in all 16 options for both sides of the conflict on a single decal sheet, not bad at all!. 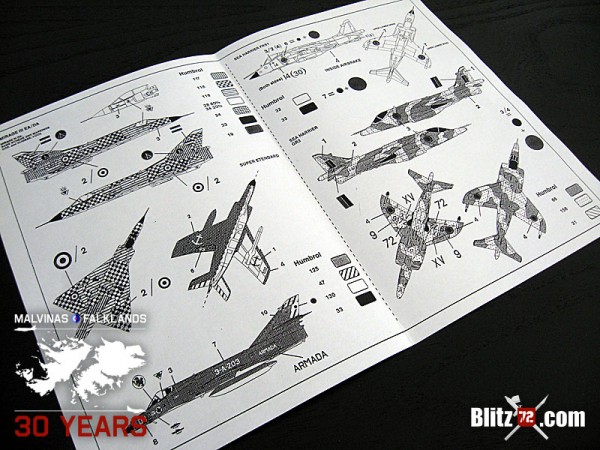 Mention worthy is the fact that the Super Etendard decals comes with the correct badge to make up for Academy’s grossly over-scale kit decals. 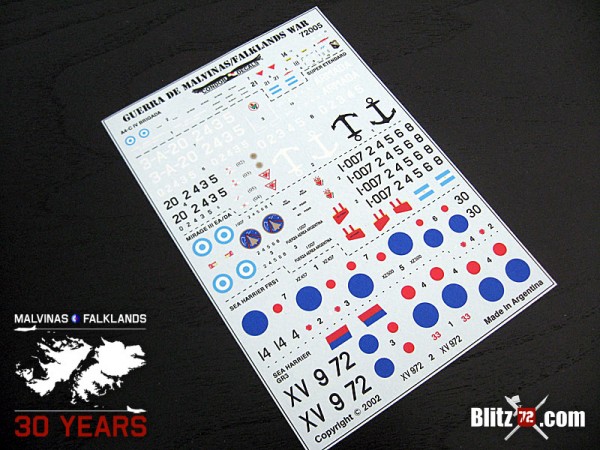 Both the Mirage and Skyhawk decals include the proper gold coloured unit markings!. 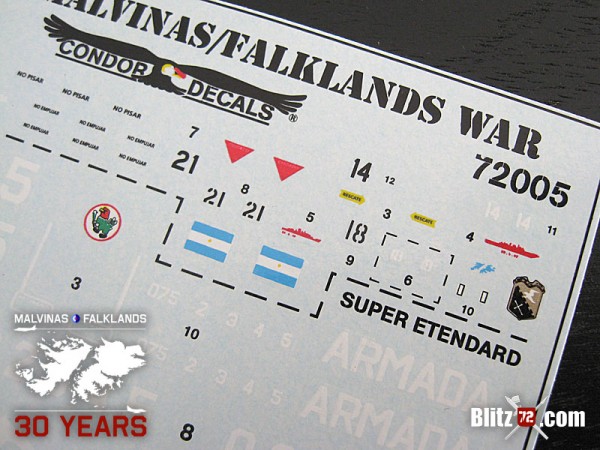 The RN Sea Harriers markings carry the proper “weirdly” proportionate roundels with the large blue and rather small red center part. This is because the airplanes were camouflaged “in route” to theater so the white portion of the Blue-white-red roundel was over-painted with blue, hence that part was wider than usual. This also explains why there are not stencils for the RN Sea Harriers, as most of those were crudely over-painted. 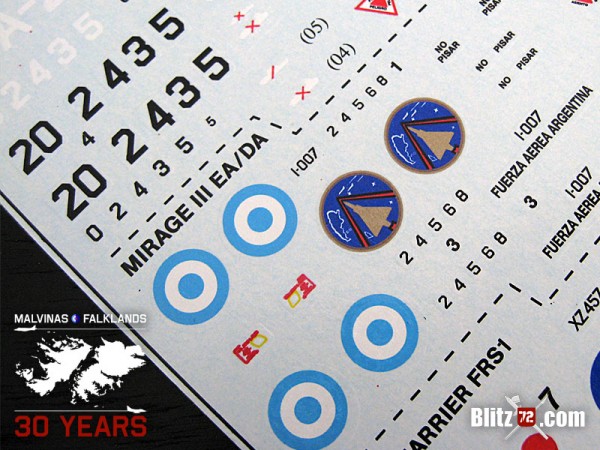 The decals printing is crisp, with nice small detail clearly visible. You can even make the dates below the A-4C “kill” markings. There is only a tiny bit of carrier outside the printed detail but in my experience they conform extremely well to a good gloss surface, and I didn’t even use any decal softener. 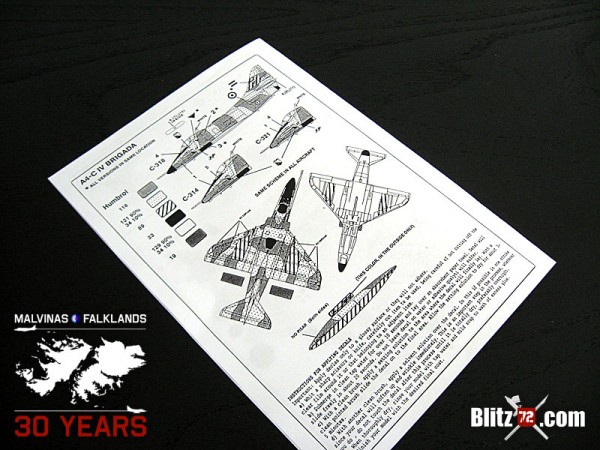 Color instructions offer Humbrol numbers and match my references correctly. You need to resist the urge of painting the A-4C in off white/olive as that is NOT accurate for the time period. Follow the decal instructions and you will be fine (sand, light brown). You also need to keep in mind that Argentinean A-4Cs were given an overhaul parallel to the A-4E/F production line prior to delivery. Hence they were upgraded to the 5 under-wing stations. 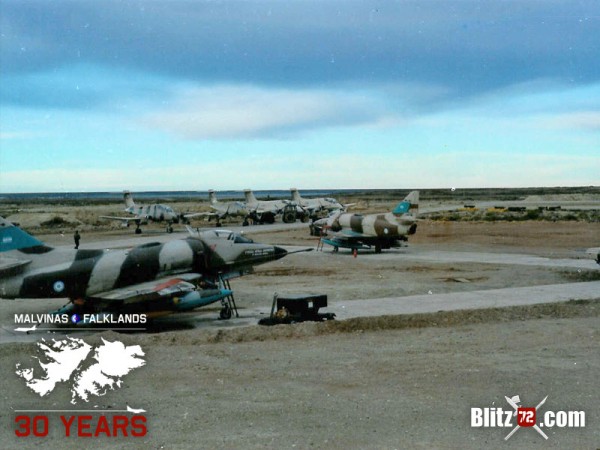 Argentinean airplanes of the Falklands/Malvinas War are some of the most difficult subjects to get right but a decal sheet produced by somebody with direct access to the proper Air Force and Navy sources is almost a guarantee for historical accuracy.

The British subjects, while well documented elsewhere, make this sheet a very complete one-stop source for the 1/72 enthusiast wanting to get the most out of his hobby budget.

For the above mentioned I recommend this set to anybody interested in modern military airplanes and those who would like to commemorate on this 30th Anniversary of the Falkland / Malvinas War the brave pilots and crews from both Argentina and United Kingdom that offered their best to answer their own countries call of duty.