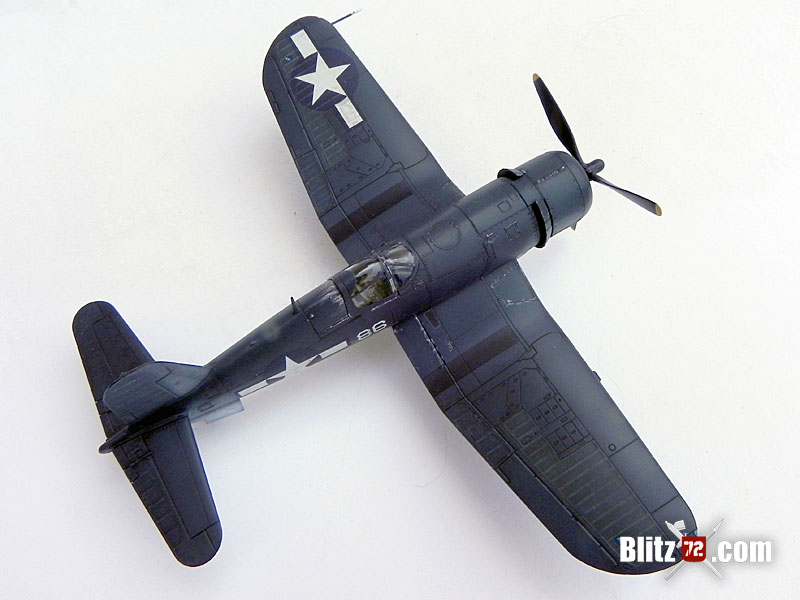 Inspired by a friend´s 1/4 scale RC plane, Raul tackled Tamiya’s wonderful 1/72 F4U-1A Corsair and reminds us all that an excellent model doesn’t necessarily comes from a complicated build!

Model and photos by Raul Cruz from México

Colourful, daunting, some even hilarious… a lot of WW2 squadron names usually fall into one or several of these categories. However, when you think “meaningful” there is probably one that stands above the rest… the VMF-214 Black Sheep. 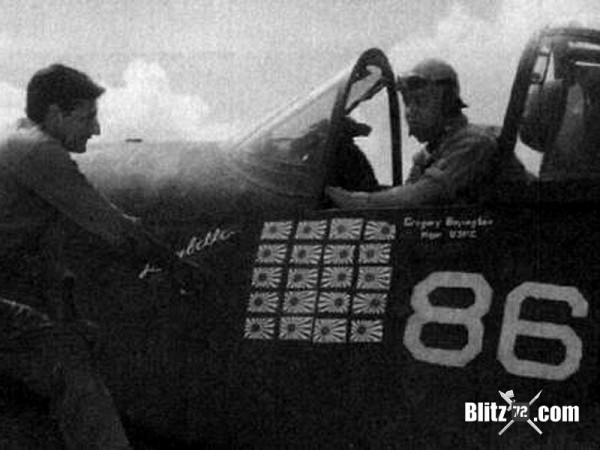 Marine Fighter Squadron 214, or simply VMF-214 started out as the “Swashbucklers” in 1942 when it was formed in the Oahu Islands. Then, in mid 1943 and after the unit’s tour through the Solomon Islands, it was disbanded and almost all of its pilots rotated back stateside.

However a handful of men, some VMF-214 veterans and other seasoned pilots from assorted backgrounds but not attached to any particular Squadron were grouped together under the command of Greg “Pappy” Boyington. Pappy himself was a “flying tigers” veteran, with 3.5 kills credited to him while flying for the American Volunteer Group in China.

These assorted group of rather odd and orphan pilots couldn’t get a ride that would fit their reputation any better than the Corsair. Early versions of the F4U Corsair were declared “unfit for carrier duty” by the US Navy, hence they were plenty available. The US Marines, known for not letting a good opportunity escape, quickly grabbed as much Corsairs as they could and pushed them for service on ground based squadrons, like VMF-214.

After unsuccessfully trying to sell the idea of the name “Boyington’s Bastards” they decided to call themselves the “Black Sheep”. A very fitting name for a unit made of pilots the USMC itself didn’t know what to do with, and with USN hand-me-down planes!.

Raul says the story behind this build, other than the fact that he really like this airplane, is that a Dutch friend of his, called Danny Busch, is building an ¼ scale RC version in “Pappy” Boyington scheme. Since his friend was coming to visit he wanted to present him with this model as a gift. 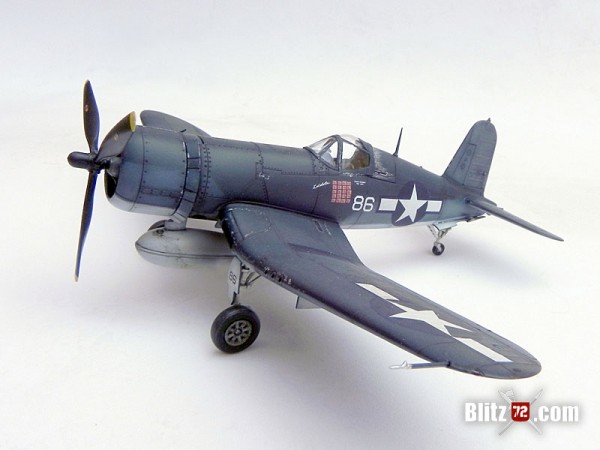 “Needless to say that my friend Danny is well aware of the story behind this airplane and that Boyington might have never even flown this Corsair (#86) and that it was based on a propaganda USN photo. He told me the Marines couldn’t afford such a luxury as dedicated pilot-airplanes pairs hence they would flight whichever was closer in the flight line when they had to scramble. If the pilot made a kill in a particular plane, it might be the plane that another guy would take up next time, or even shot down. That way they started looking for other ways to differentiate aces, like using caps or special marks that they could wear on themselves.” 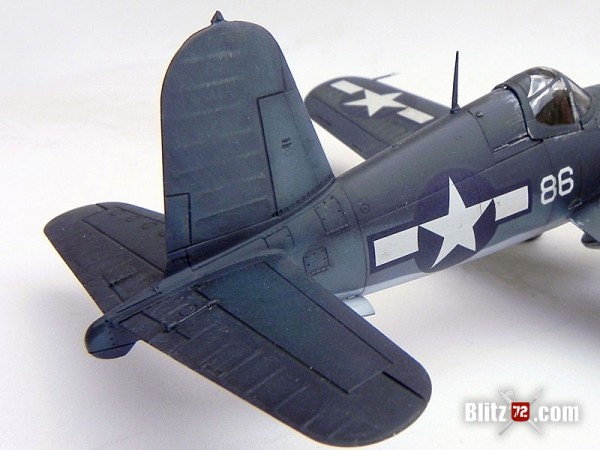 This is Tamiya’s F4U-1A Corsair (kit TA60775) assembled OOB. It doesn´t have any extra detail and it has a perfect fit throughout. 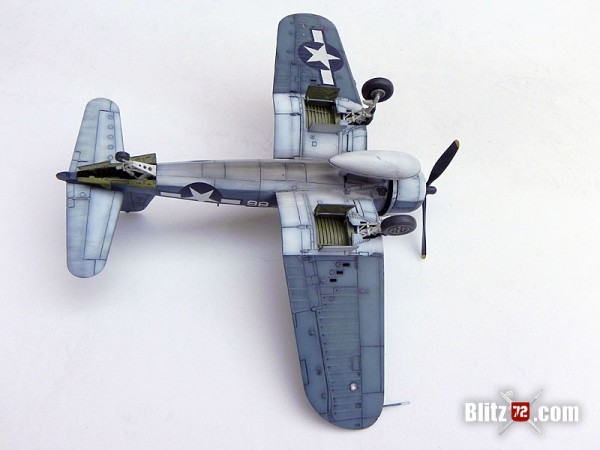 The interiors were airbrushed with Tamiya acrylics. Yellow Green for the wheel well and the inner faces of the doors, while the cockpit was sprayed with a 2:1 mix of Yellow Green and Green.

The seat belts are the kit decals, and the chipping effects were done with a Faber Castell silver pencil with the moistened tip.

Once the interior was done and painted transparent parts received a Future coat to prepare them for masking and painting. 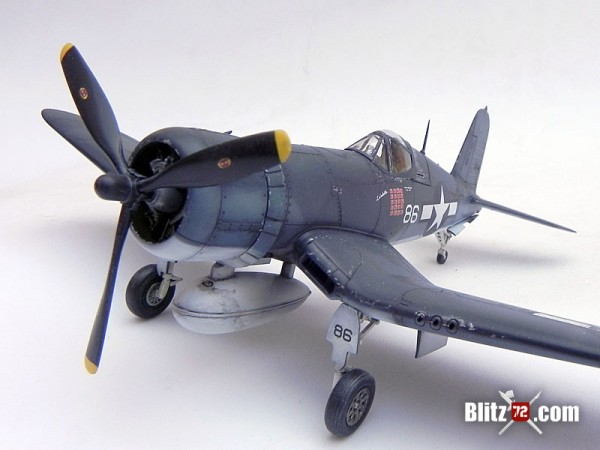 The model paint scheme was airbrushed with ModelMaster enamels in the following colors: 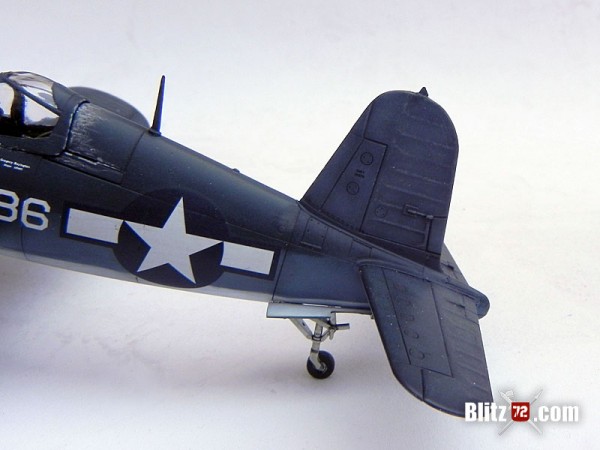 Raul reports that painting was straightforward and as per the instructions. In the wings he masked fabric covered surfaces and sprayed with Dark Sea Blue diluted with a bit of Olive Drab to simulate sun bleaching on these areas

After the paint was completely dry, he clear coated the model with Future and over that he placed the decals. These were then sealed with another layer of Future.

Weathering was achieved with a panel wash using Raw umber and black oils, removing the excess and sealing with a Vallejo Matt Coat.

Some dry brushing was done on the control surfaces with light gray oils. On the wing fabric covered surfaces I dry brushed with a mix of Naples Yellow and White. 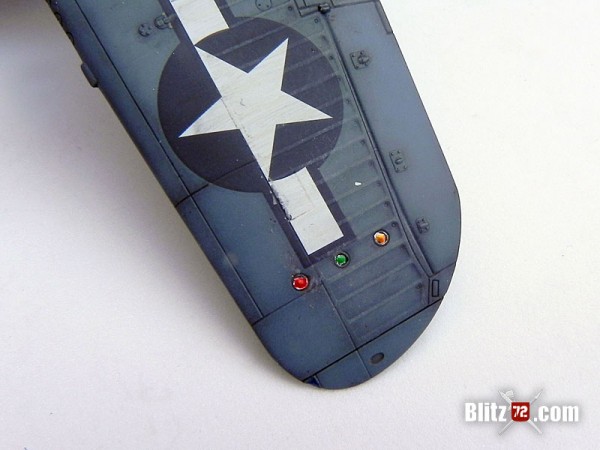 As an extra detail Raul painted the navigation lights in the following manner. The whole nav was painted with ModelMaster Chrome Silver. Then he placed a drop of Tamiya Acrylic Clear Green, Blue, Orange or Red as corresponding to the navigation light. As you can see the final effect is very convincing!. 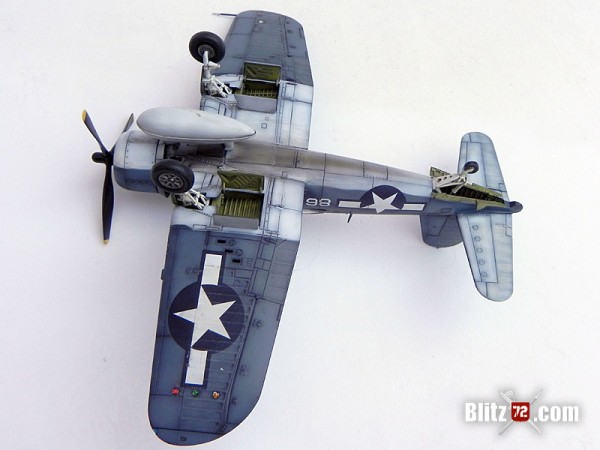 Another great model By Raul. This definitely a great present for his friend and a more than worthy tribute to the group of misfits pilots flying paired with the USN rejected fighters that made a name for themselves… the Baaa Baaa Black Sheep.