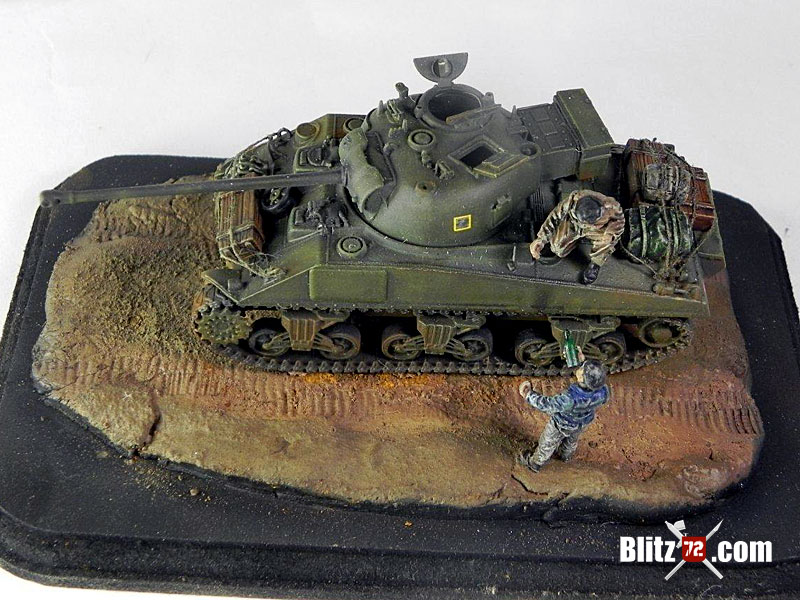 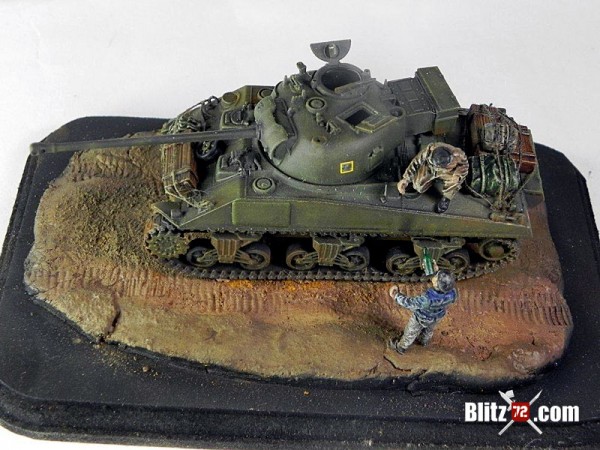 José Miguel joins the Blitz72 ranks with a petite diorama of a British Firefly Vc, the dreaded long barrel version of the Sherman Tank.

Model and photos by José Miguel Rodriguez from México

After their extensive experiences in North Africa with the American-built Sherman tank, the British Military was concerned with the effectiveness of the 75mm and 76mm short barreled guns on the tank and the current marks of Panzer tanks being developed by the Germans. 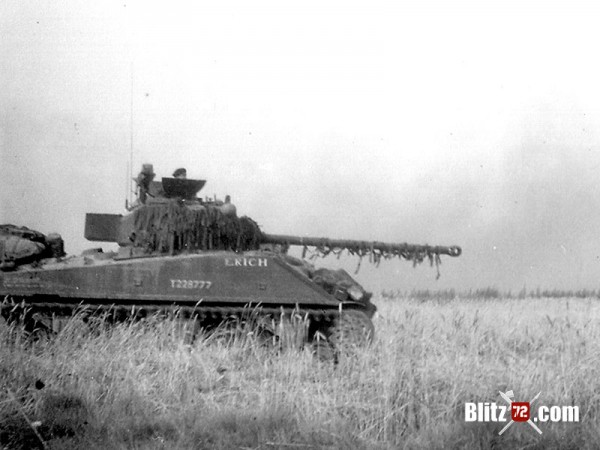 Several attempts to upgun were tried both by the Americans and Britons but failed, probably because the powers that be at the time didn’t want to disturb the current production cadence with a new sub-type. On the UK it was also considered that an all British design would take over from the Sherman duties, but some believers in the ranks were already working off the record on adapting the QF 17 pdr anti-tank gun to fit the rather confined Sherman turret, even after being officially ordered to cease all efforts.

The result of such a concoction was called the Sherman Firefly and had quite a few differences with their American counterpart. Both the turret and the gun had to be modified in order to make the massive gun fit. The weapon had to be twisted 90 degrees so it could be loaded from the side, as opposed to the top. The recoil of almost 40 inches of the original gun was redesigned and the gun mount was so massive that the Coaxial MG had to be deleted. 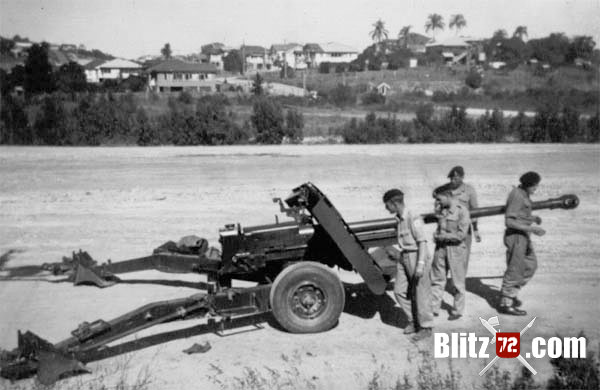 The turret now had a second hatch on the top, because the size of the gun’s breech would make the loader evacuation impossible (in American Tanks, the Commander, gunner and loader shared a single hatch). On the back of the turret a new radio compartment was welded on, both to clear the interior space and also to counter balance the heavier gun in front.

Last but not least, the co-driver position was eliminated. The space used to hold extra rounds for the main gun, its 76.2mm ammunition being larger than the regular 75mm one.

This concoction would end up being so effective in combat that the Germans quickly gave orders to attack the longer barreled Shermans first as it was the single Sherman that could easily penetrate the armour on their latest designs, like the Panther, or the formidable Tigers.

Reports from the Firefly crews account for a huge muzzle flash when the main gun fired, that usually burned the grass below the front of the tank after a couple discharges and would blind the commander and gunner temporarily if they didn’t blink right before shooting. Not exactly something you want to happen when you are marauding through panzerland!

3 versions of the Firefly were produced, all converted from standard Sherman tanks. Depending on the hull they were based on, they are called: the Firefly 1c (M4), Firefly 1c hybrid (M4 with composite hulls) and Firefly Vc (M4A4s), the latter of which is the subject of this build.

This is Dragon’s excellent Sherman Firefly Vc #7303, built mostly from the box (kit comes with DS tracks and a small photo-etch sheet), with some resin aftermarket in the shape of boxes, figures and extras.

The model started out pretty much by the instructions. Some of the photo-etched parts were disrupted a bit to represent slight damage from maybe cutting through the Bocage. The moulding quality as can be seen is impressive, with weld marks and rough cast texture on the turret. 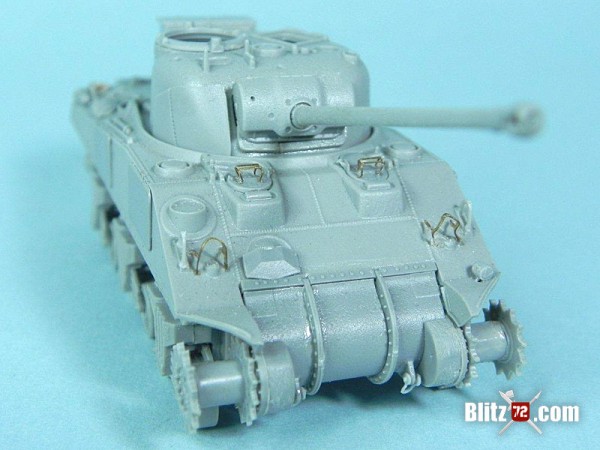 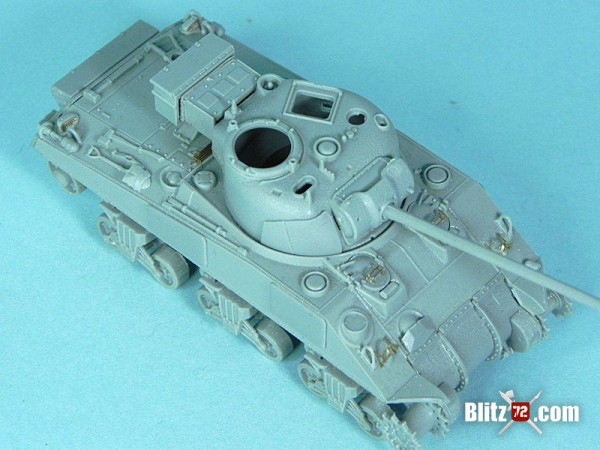 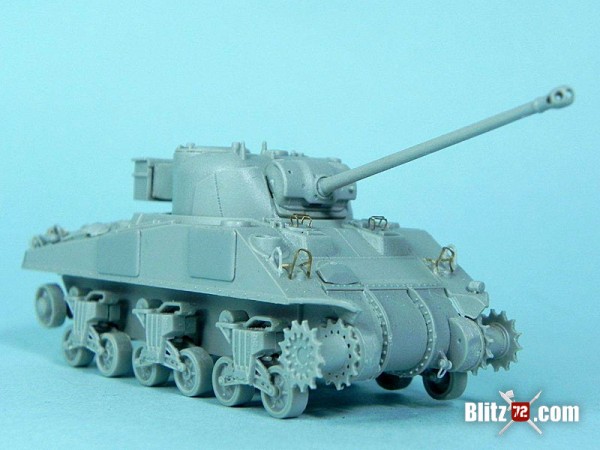 The modeler decided to leave the turret hatches open to display the dual hatch setup, particular to this version of the Sherman. Hatch handles were replaced by thin wire. 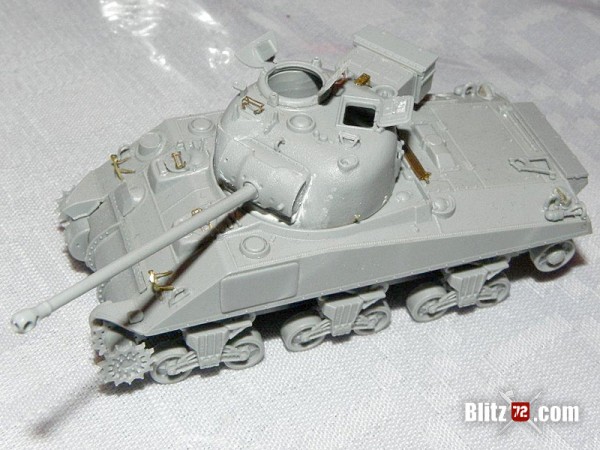 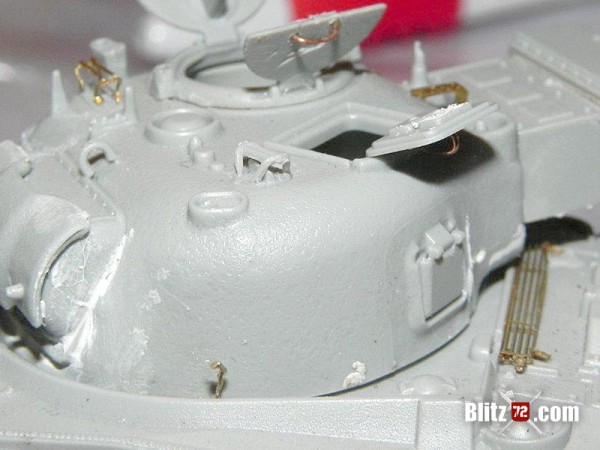 Once the model was mostly assembled it was primed with matt black. Using the black as base for a pre-shading. The idea is to fill areas from the center, while avoiding complete coverage and using different shades from the same olive drab base colour, mixing it with gray or yellow. The resulting effect is a much more interesting finish on an otherwise plain green scheme. 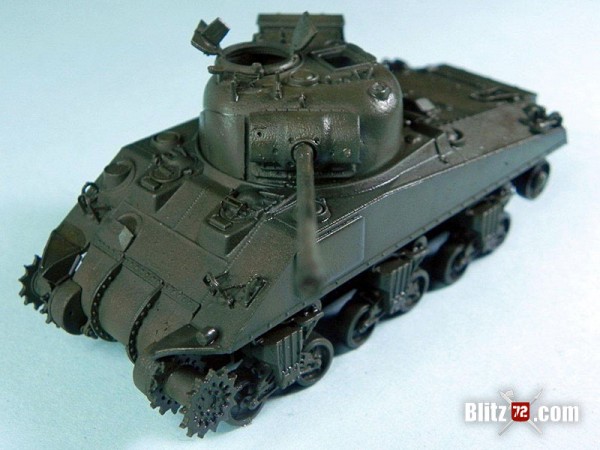 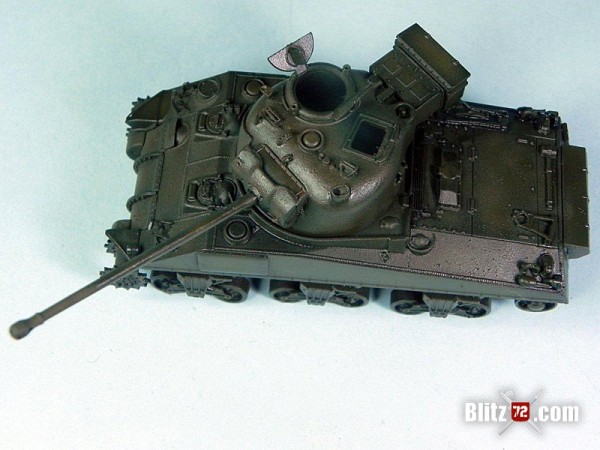 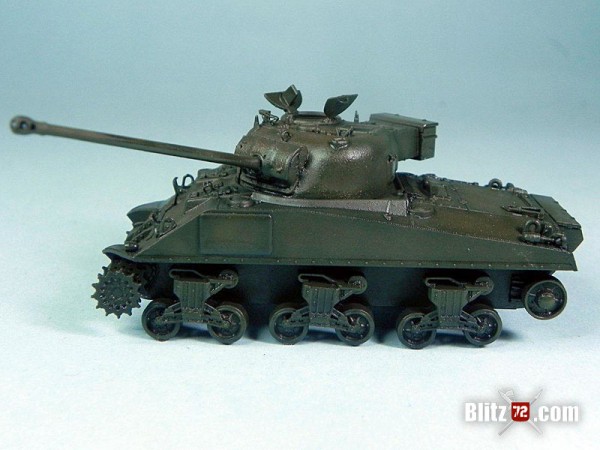 Then the base paint on the model received a clear coat to seal it, and also to improve the following applications of oil washes and filters. 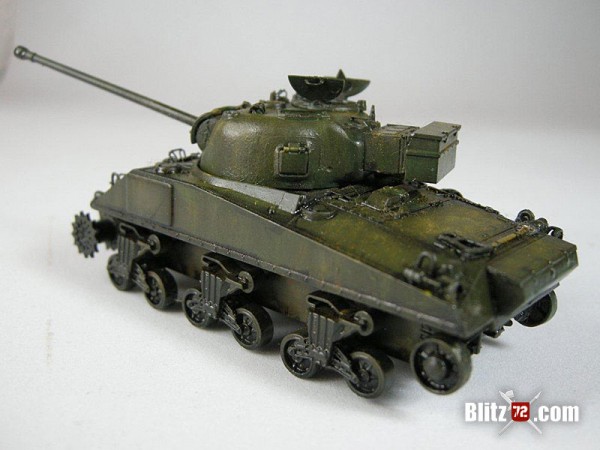 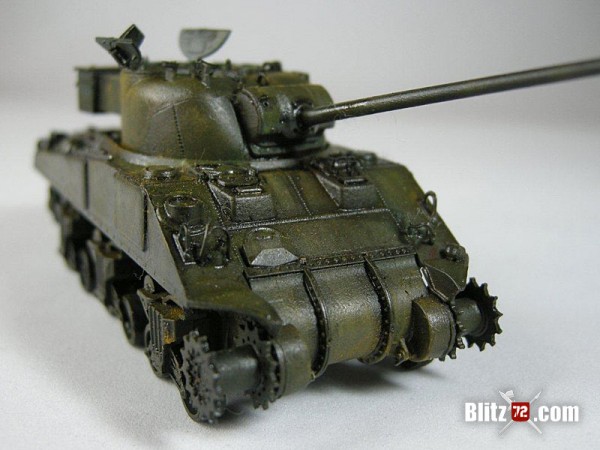 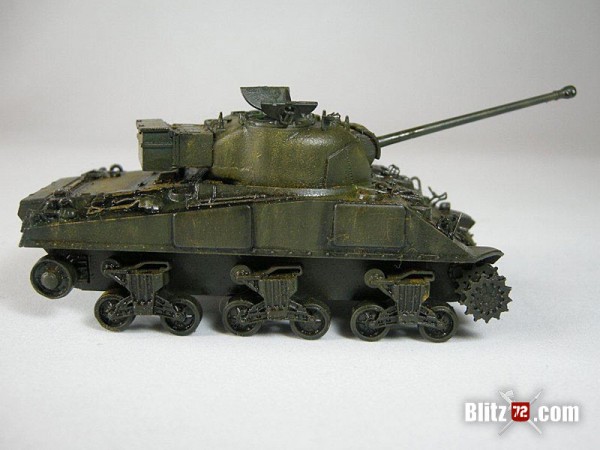 Now is time to install the tracks, a process that is simplified by the fact that they are DS and not some old stiff vinyl ones. 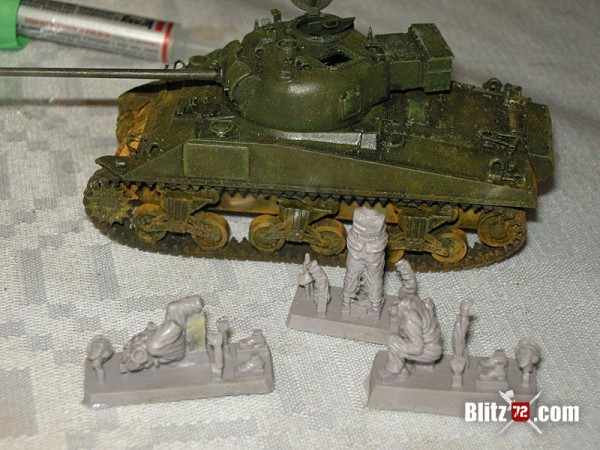 The tracks and road wheels received a throughout application of several shades of pigments, both to blend these parts in and to blend the tank itself with the type of terrain the modeler is reproducing on its base.

The figures and their gear

No matter how good a model is, figures and extra parts will always improve it and bring it to life. José used some Greif parts to great effect. Deciding on how to position the figures for a natural pose and the parts placement is probably the toughest part of using resin accessories like these. 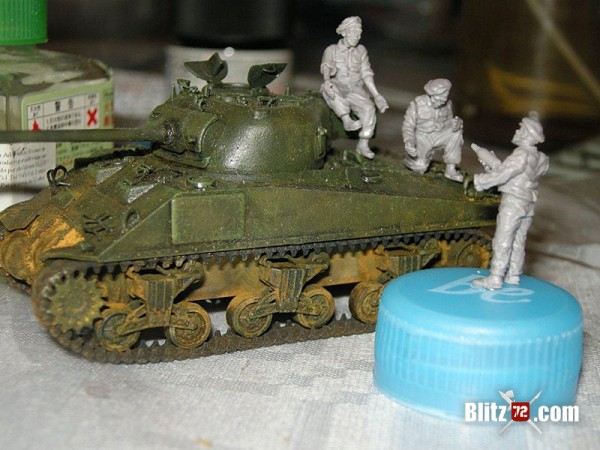 The crew gear was painted and superglued in place. A thin string was used to simulate the rope that would secure these parts in place taking real pictures of Firefly tanks as reference. 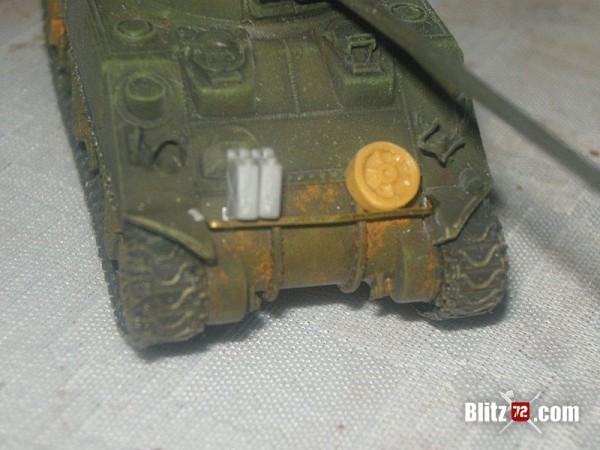 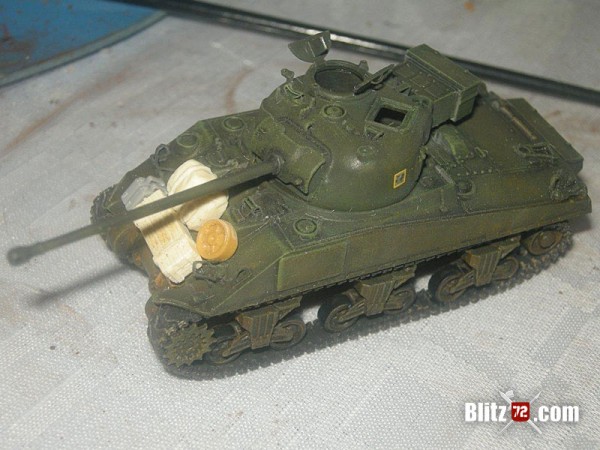 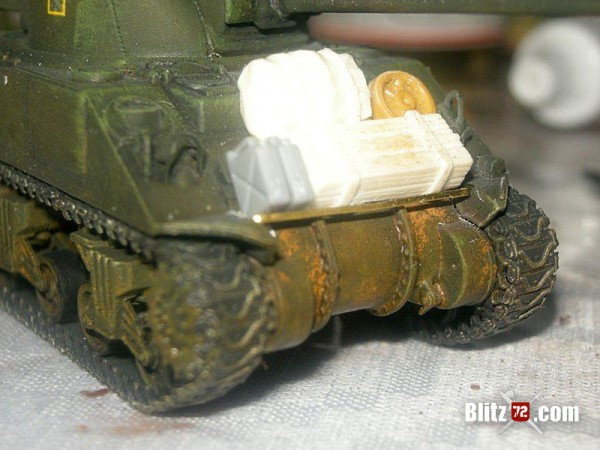 The model represents a Sherman Firefly from B Squadron, 1st Armoured Battalion, Coldstream Guards as evidenced by the Squared yellow marking on the turret and “52” marking in white over a red square. 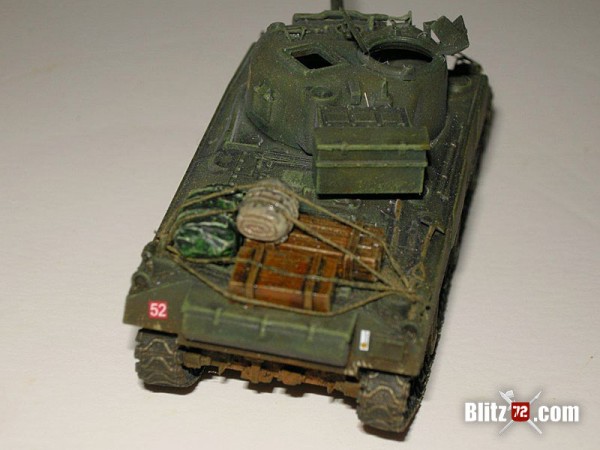 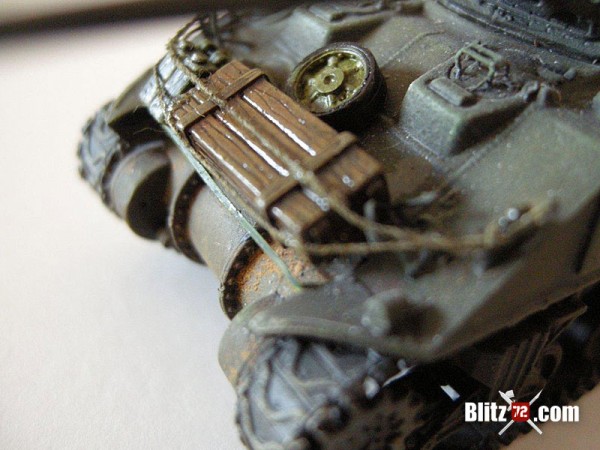 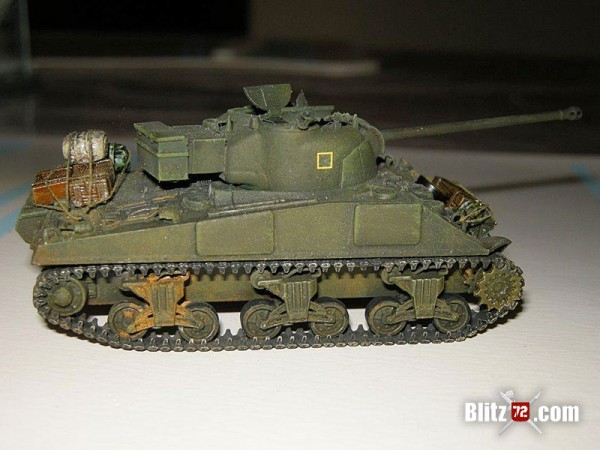 The base was built using a wood part and Das Pronto modelling dough. The dough was pressed into place and then shaped and textured, marking it with tracks and the figure boots. 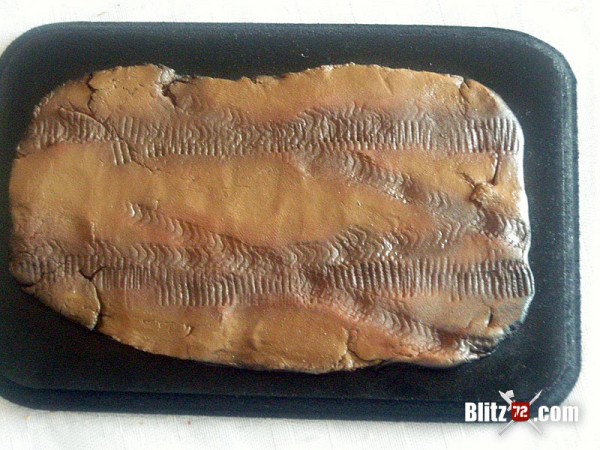 It was then painted just like if it was a model on itself, using preshading, washes and pigments accordingly. 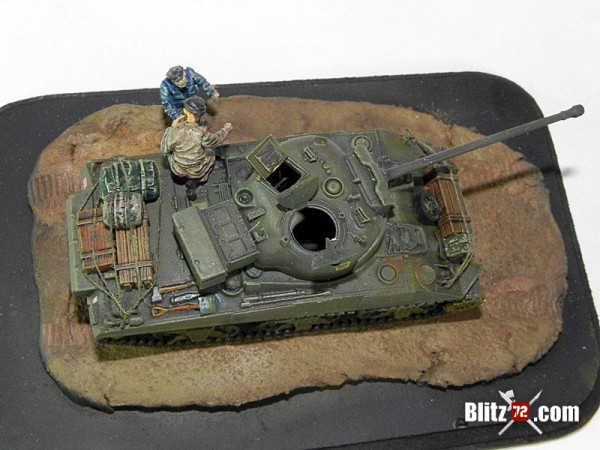 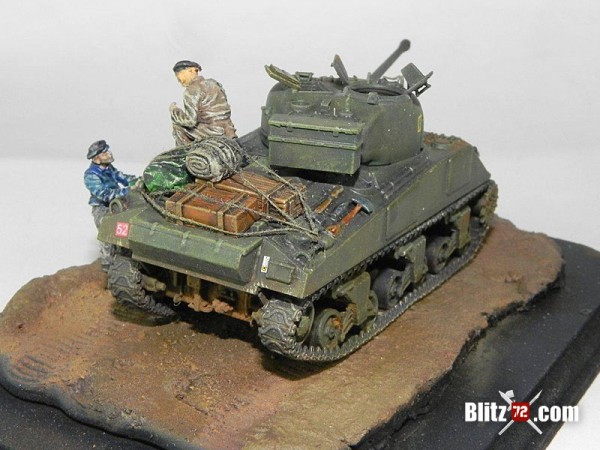 The tank and figures placed in the base, and the model received a last flat coat to seal previous work and it is finished. 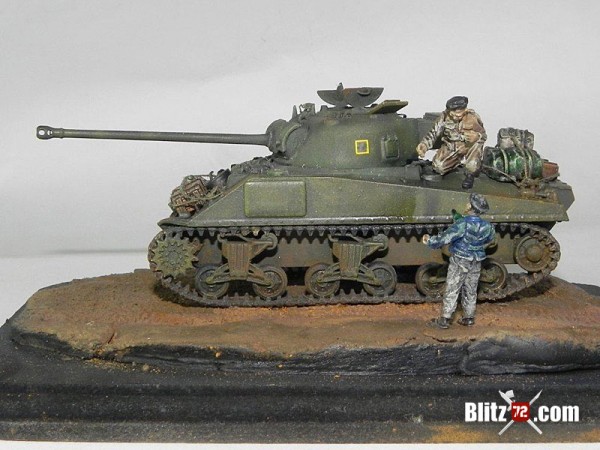 I am sure José Miguel can be proud of this model of the Sherman Firefly in all its long barreled glory, a mandatory addition on any Sherman or WW2 scale model collection!. 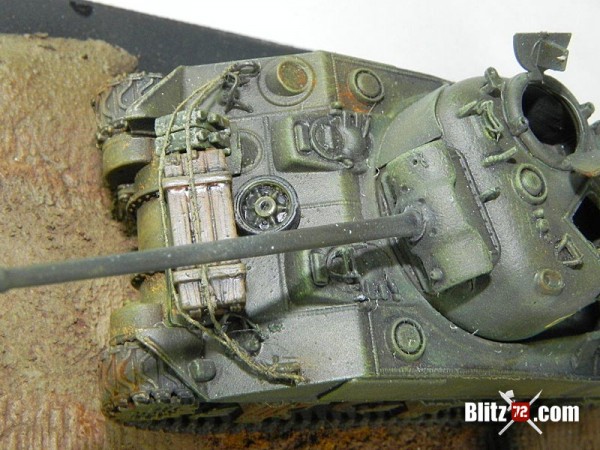