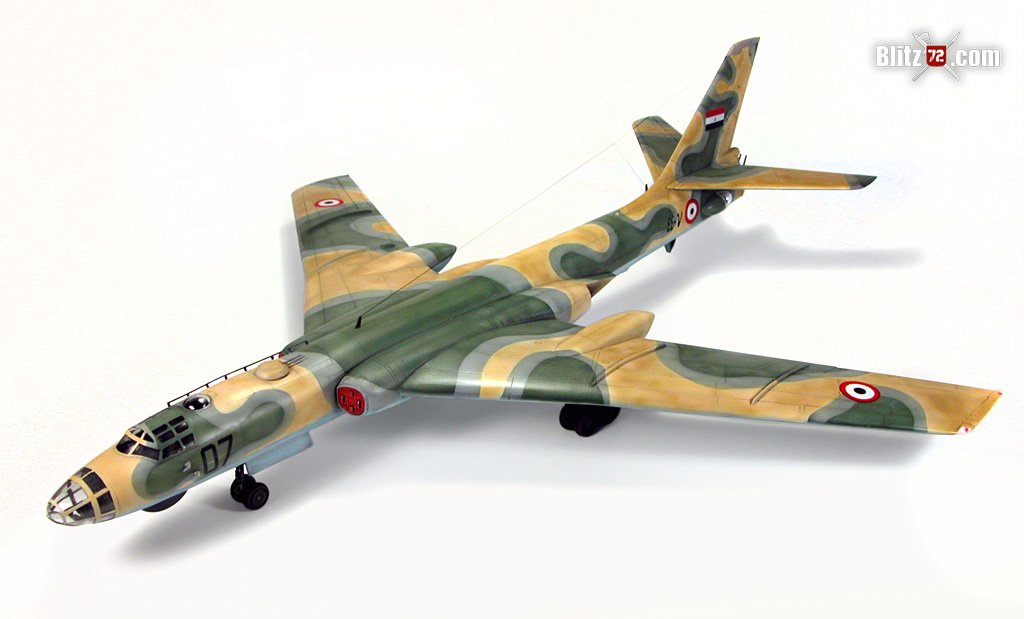 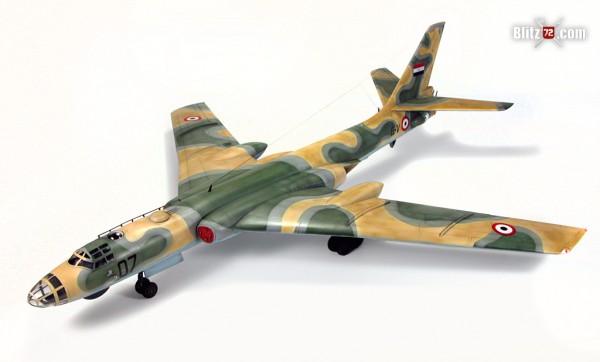 Model and photos (unless noted) by Fabian Vera from Buenos Aires, Argentina

After losing most of its brand new, and yet small Tu-16 Badger unit during the 1967 six-day war, Egypt undertook the challenge to rebuild its fleet by any and all means possible. During the 1973 conflict the lessons were learned and the formidable Tu-16s were retreated to safe bases far from the borders with Israel.

As a result, all the Badgers were alive, well and ready to bring the Pharaoh’s Revenge on to Israeli radars and ground compounds. Used once again with success against Libya in 1977, the Badger dynasty lived a long and distinguished career in Egypt that lasted up to the year 2000.

This is Trumpeter massive Tupolev Tu-16 K-26 badger 1/72 #01612 kit and was assembled straight from the box with the only exception of the nose landing gear and the towel rack antenna. I was forced to build the nose landing gear completely from scratch since the kit part had no similarities with the real item. Also the dorsal towel rack antenna had to be made with plasticard and Evergreen plastic rod, but more on that later.

Taking these details aside, the model was quite simple to assemble, and while it required some putty and/or adjustments in almost every seam, I’m grateful to Trumpeter for this model kit. It took me a while to assemble it, but I had a fresh and rather painful recollection of all the issues I experienced years ago with the old Red Wings kit. Trumpy’s Tupolev is quite an improvement. 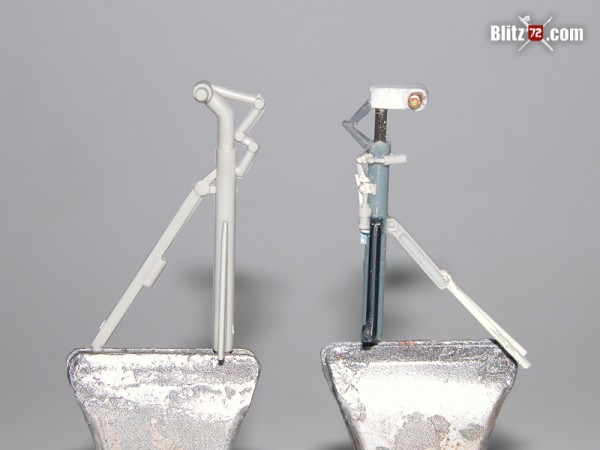 This wasn’t a straight build however, in that I had to put the model aside for a while after building and painting most of it, while other projects took on my time and also I was lacking shelve space for such a big model. So after two years of having started the build I decided to go back at it with a surface polish. Dust had settled on the not-so-carefully protected gloss coat making it coarse and dull. As a result I had to replace the dorsal antenna. 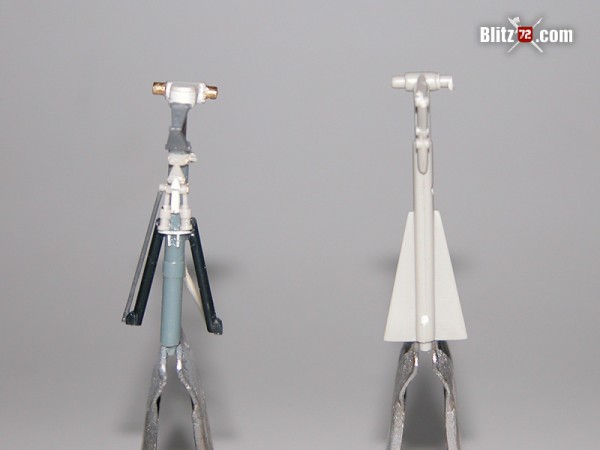 For painting I originally used a black preshading coat straight over the primed surface, and then followed Condor Decals #72014 “Egyptian Warriors” sheet color instructions using ModelMaster equivalents. Once the base camo scheme was painted, I weathered the model using the same greens and sand tones slightly thinned with a bit of light gray or white. Spraying from the center of the panel lines produces an interesting sun bleached effect. The same was achieved on the light blue undersides.

This effect, while very convincing, proved to be a challenge when I re-took the project 2 years later. I had to reproduce this subtle effect for which custom mixes were originally made and long forgotten. Definitely something I didn’t thought of when I left the model halfway done.

As you can imagine this ended up taking a lot of time and effort, but the determination of seeing this Tupolev model finished and properly displayed surpassed any of the inconveniences. 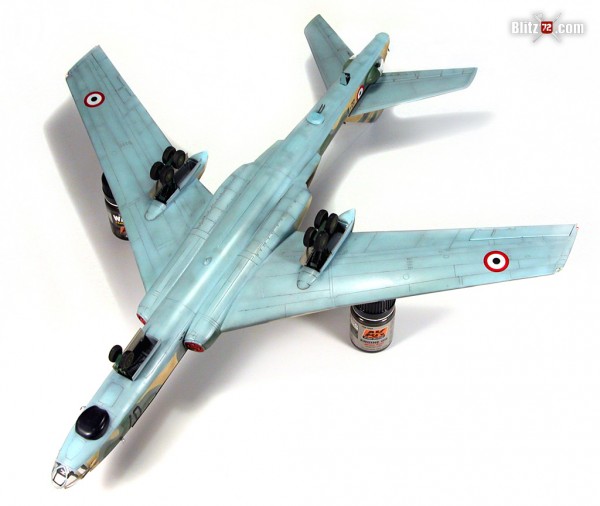 Once the paint touchups were finished, I coated my Tu-16 with Tamiya Gloss Acrylic. The Badger is so big that it required 5 full layers of Gloss for the surface to smooth enough for the decals. The original decals had long cracked and were unusable so I stayed with Condor Decals for it, which didn’t present any kind of drawback. Decaling was a breeze since it requires few but big decals for the scheme I chose. 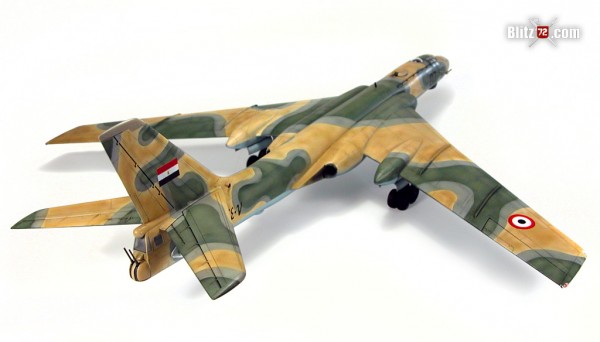 My Tu-16 Egyptian markings were sealed with yet another layer for Tamiya Gloss, and some washes were done over it with water based Citadel paints, in umber and black shades, slightly thinned. 24 hours of dry time later and the model got a Matt coat using Model Master Flat.

Final assembly of the smaller bits of this massive model was done without any kind of issues or complications. The landing gear fitted perfectly in place, the biggest challenge being making sure all the wheels touched the ground at the same time. This was made easier by using a slow setting glue on these parts that would enable me more time to fiddle with them.

The final detail was the aerial that attaches to the rudder all the way from the fore fuselage, and for that I used a string of hair from my daughter.

Presto!. Once finished I had to toast over the accomplishment. For that I poured some Stolichnaya’s premium vodka, brought directly from Russia, while enjoying Ivan’s Rebrof performing “Ochi Chernye”.