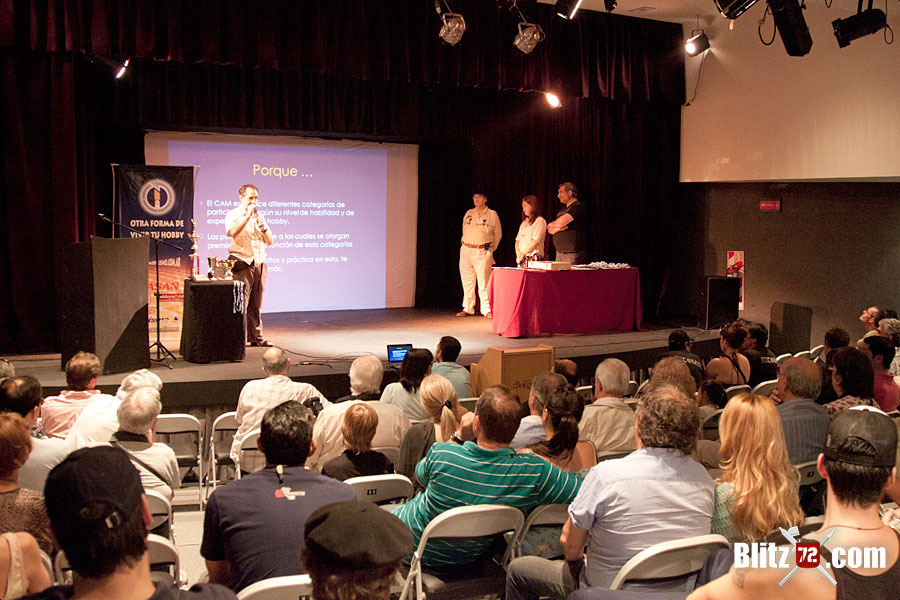 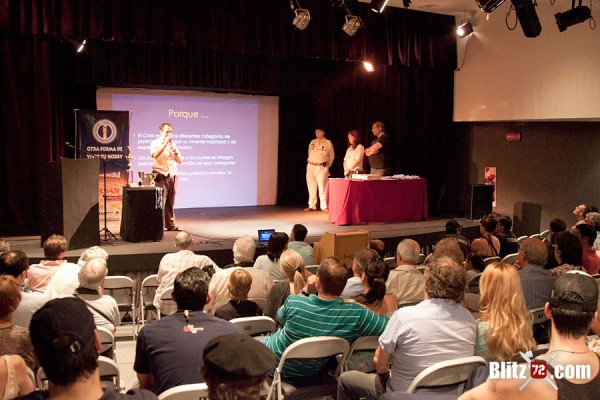 Last year I covered the 3rd edition for the Annual CAM Scale modeling contest in Buenos Aires and said it was going to become “a traditional event in my calendar”. True to my word, I attended this event for the second time in a row and I’m glad I did.

Even if I couldn’t participate in the contest itself (you need to finish a model in order to do so, right?) it was a fun event and being the last local contest of the year it was a great opportunity to meet the colleagues before the Holiday season kicks in. 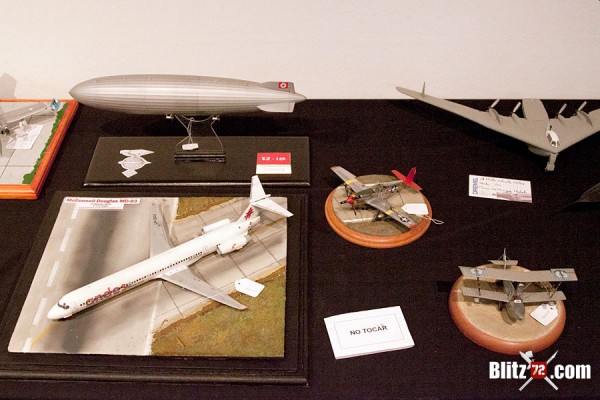 Generally speaking this CAM (Circulo Argentino de Modelismo) organized event is probably not the biggest contest in BA by any stretch of the imagination, but usually it is where you would start seeing some “new” models that haven’t made it to the contest “tour” yet. 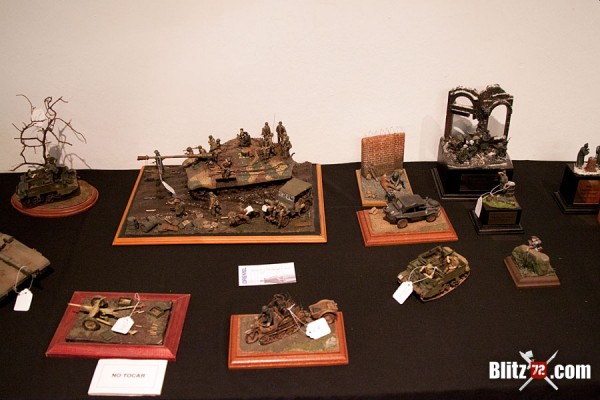 However, the quality of most of the models presented in 1/72 scale over-weighted the quantity. For instance, the WWI and Pre-war airplanes by Mr Pablo Curone (you probably remember him from last year contest where he took everything + best of show with a scratch-built Caproni Ca.3) and some Falklands/Malvinas era Skyhawks/Harriers by Mr Ricardo Dacoba were among the best airplanes in the scale. 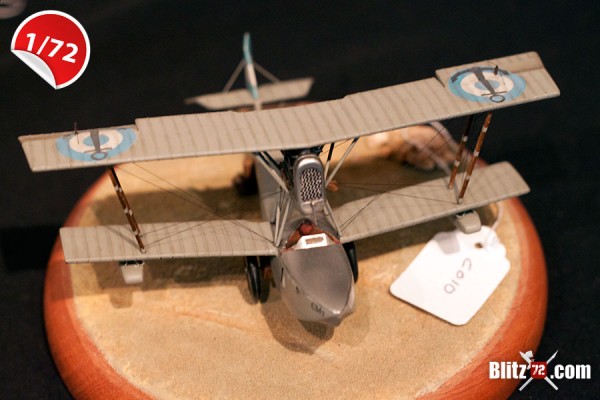 In the 1/72 armor side of the tables the prolific Mr. Miguel Ludwig had several models and dioramas present, escorting a great T-34 by one of our usual contributors, Mr Fabian Vera (Note to self: try to convince him of featuring that model in B72!). 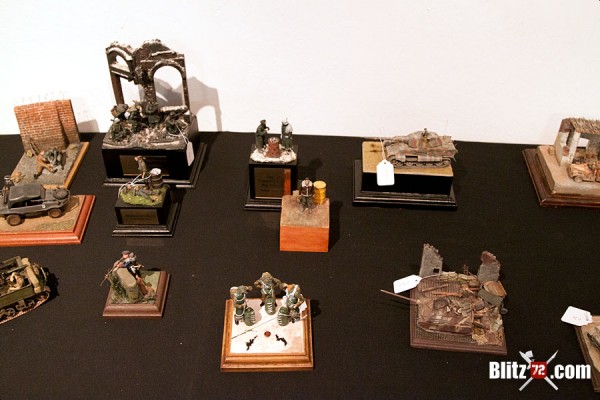 As far as the venue goes, it was the same as last year and it was appropriate. War gaming tables doubled from last year and from the events I went, this was the only scale modeling contest featuring them. The vendor tables paired with the usual camaraderie rounded up the event. 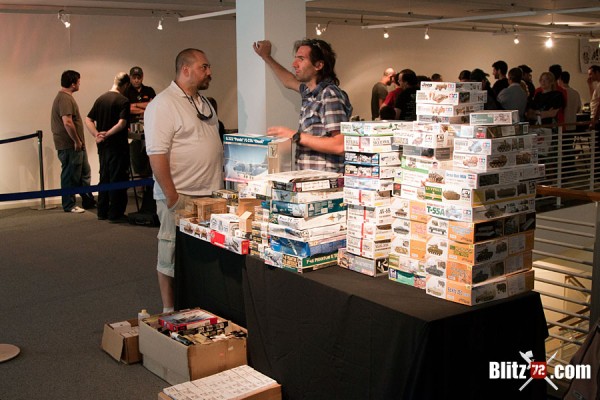 It is great to see that some modelers, even the ones that can be considered as the local best and most awarded, can spare a moment to explain their technique and share a tip or two. I think this is the real value that the small local events like this one can offer to the scale modeling community. 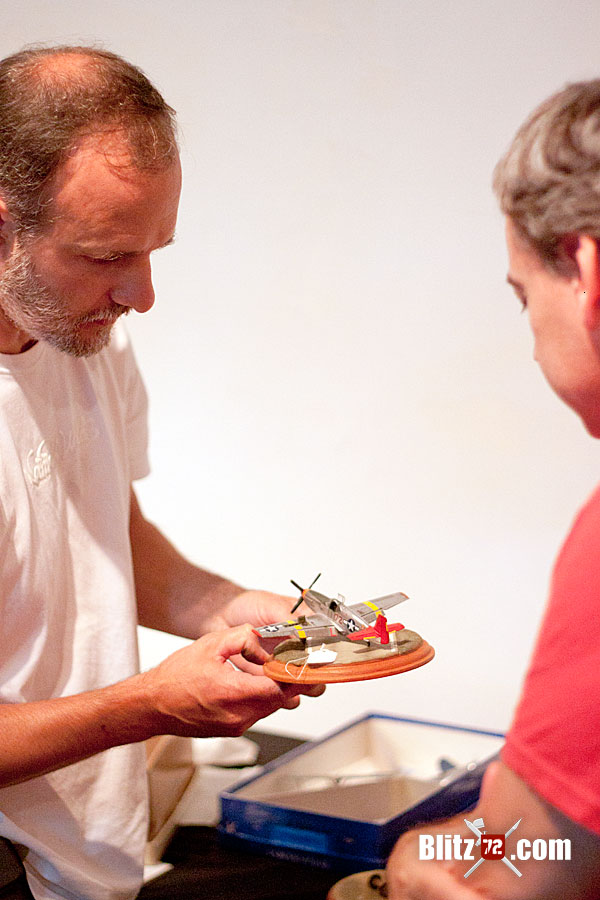 The best 1/72 model, for me personally, was Pablo Curone’s Vickers Vimy hands down. Just like with his Caproni last year, the amount of detail on these models put them on a league of their own and it is not the first time it is awarded either, it took Best Airplane of Show in the last IPMS Argentina – Mar Del Plata Contest. 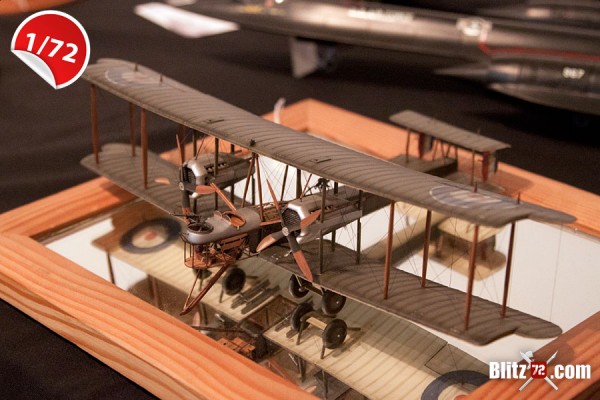 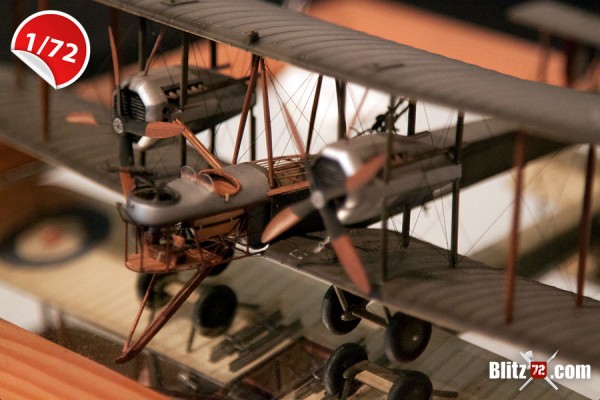 It would be very tough to pick just one braile scale armor model, but if I had to I’d say Mr Vera’s T-34 was probably the best of the lot. These pictures will never make it justice, but what you see under it are photo-etched fully workable link-by-link hinged by wire tracks… yes… in 1/72. Complete with fully painted markings… yes in 1/72. Again I’ll promise I’ll get a proper article and photos about that model in the future. 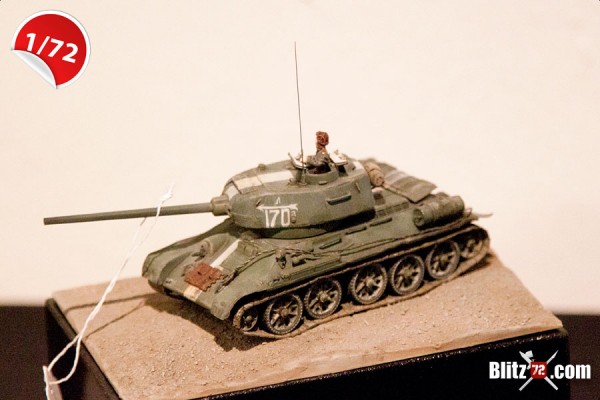 Aside from the braille scale, and being the rotor head I’m, the AH-64 Apache model that was presented with a very realistic interior and exterior lighting deserves a distinguished mention. It was quite an eye catcher, complete with blinking action on the external lights. Very realistic and I wish I knew whot the modeler was so I could credit him with such a great model! 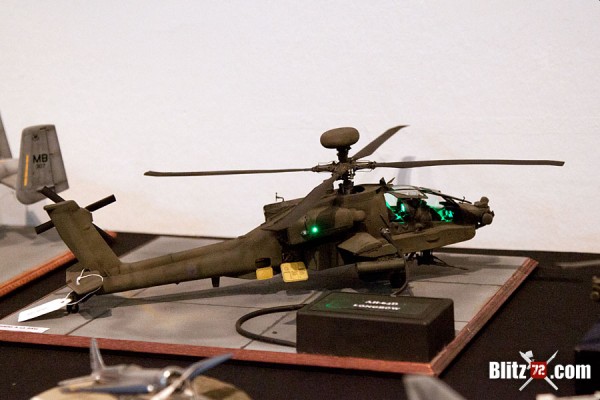 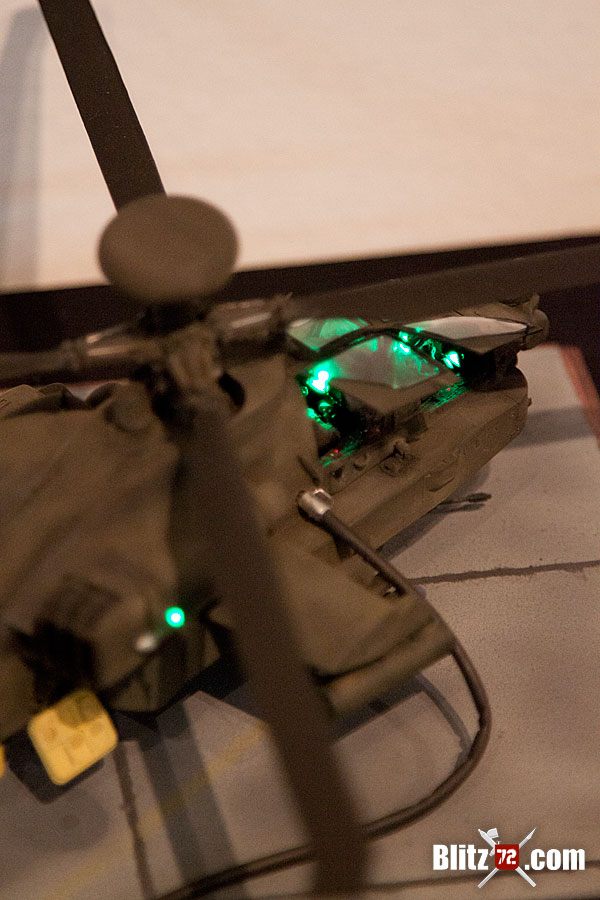 Also in 1/48 there was a Mig 29S that was absolutely flawless. The model by Mr Nuñez was awarded with a 1st in its class and a few well deserved mentions and prizes. 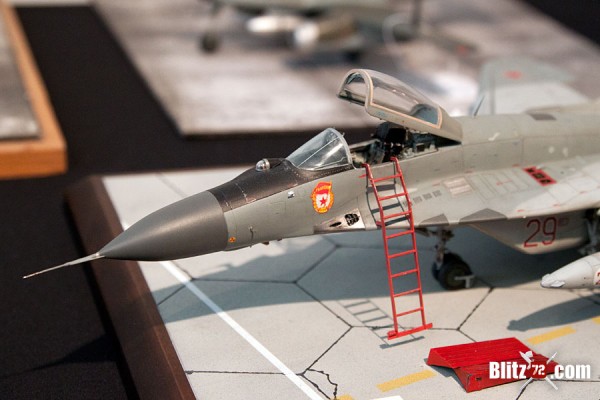 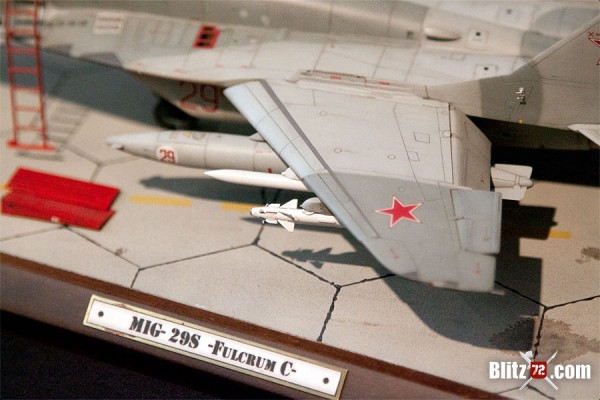 In 1/35 Armor Mr Rodrigo Ucha presented a winter themed T-34 complete with a striking figure and a very convincing paint weathering and base. It even had the win bottles in one of the boxes!. He was also awarded for it.

In the same scale there was a HUGE diorama that I could stare for hours and keep on finding new stuff and details. Again I wish I knew the modelers name. 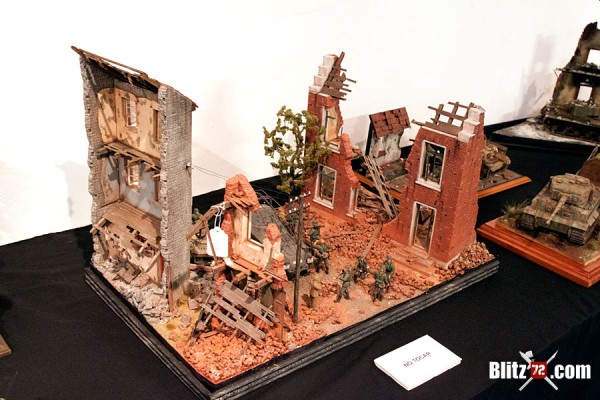 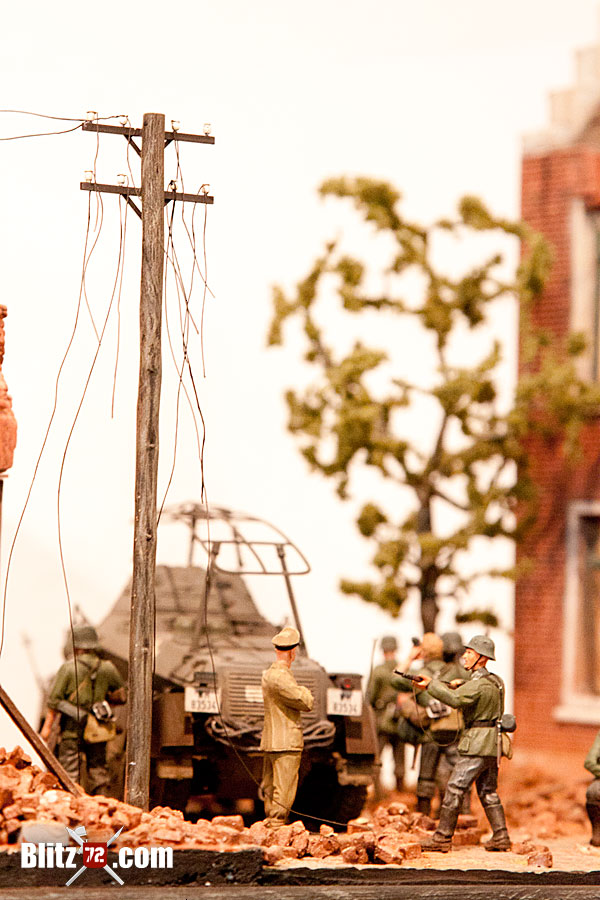 Well don’t want to bore you any further. Suffice to say it was an amusing event, even if I didn’t participate in the contest, but still one that was fun to attend to.

So here are the rest of the photos, judge for yourself!.