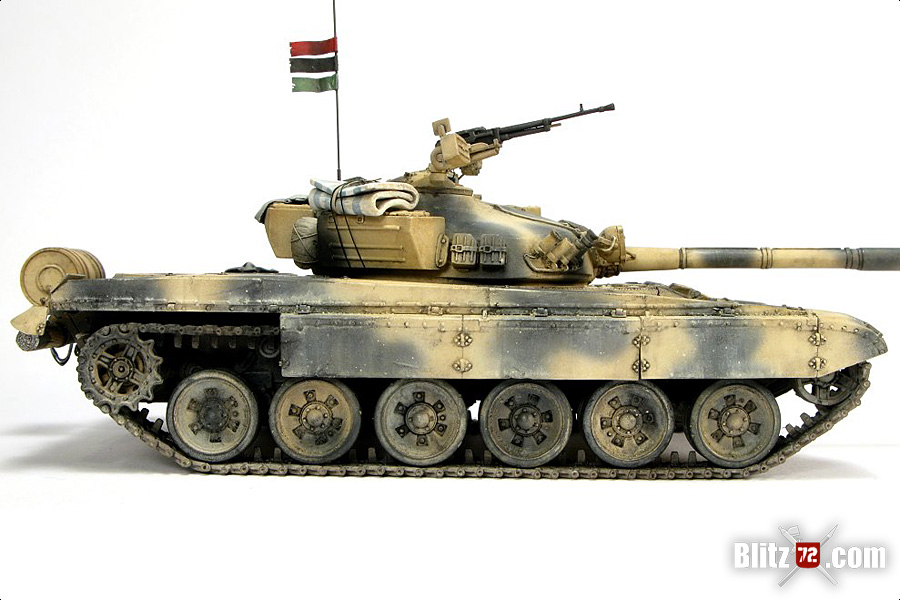 If you have been into scale modeling armored vehicles long enough you’ve probably heard of Alex Clark. He is not only a great modeler, nor an active participant and moderator in the ML scale modeling forums, but he is also the author of the Osprey Masterclass “Small-Scale Armour Modelling” book.

As a modeler one of his main areas of interest are modern russian tanks, and he is doing a series of braile scale T-72 tanks based on Revell’s 1/72 T-72M1 #03149 kit. I find Alex’s work incredibly inspiring and the objective of this series of posts starting today is to illustrate how a modeler can improve or convert a somewhat inaccurate kit into a true masterpiece.

On to the Revell kit, or how this became a scale production line. 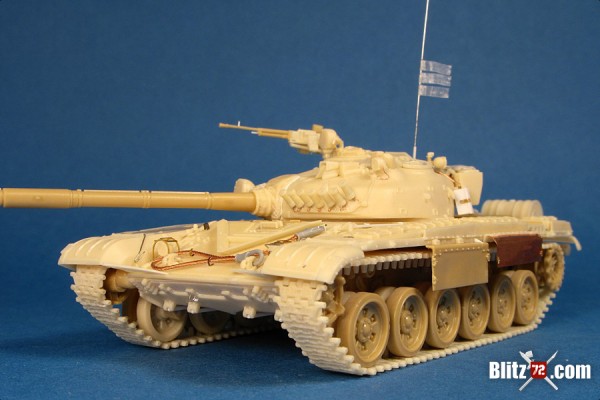 According to Alex, the Revell kit is “quite good and is similar to the larger Tamiya kit in many respects. The main shortcoming is the turret, which is completely wrong for an M1 and also a poor representation of an M”. 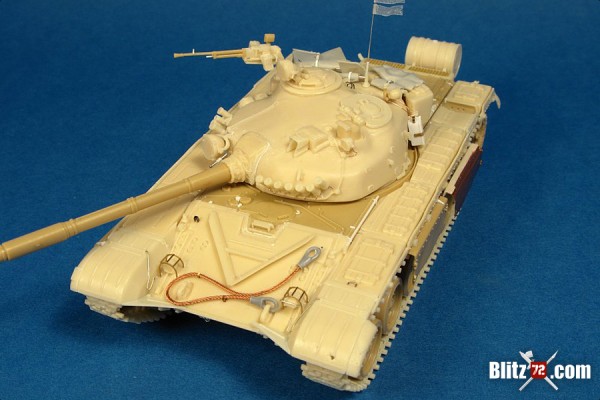 Since he was planning on building quite a few versions of this tank, any improved parts had to be cast and copied to save time, a process Alex describes as ”quite laborious”. I’ll take that as an understatement. 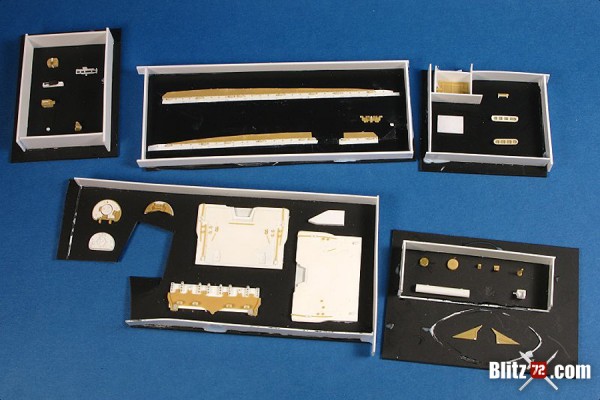 Just check what he did with one of the parts that are shared by all the builds regardless of the version: the single link tracks. 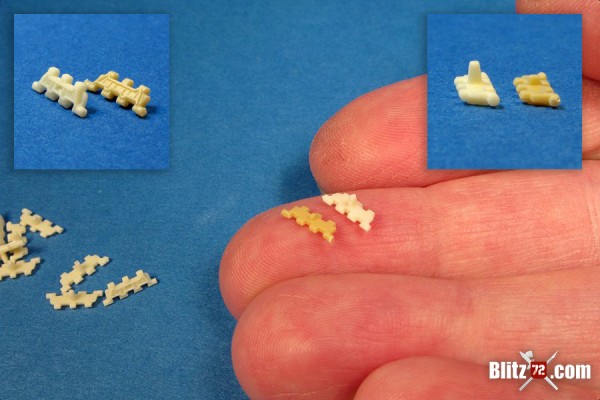 “The kit track is link and length with poorly defined separations between the links and also with guide teeth that are far too short”, so he improved a single kit link and then casted multiple resin copies of it while “just managed to avoid going insane on this part”. I believe every word, but it was well worth the effort.

To get an idea of how serious Alex T-72 condition is, check the “stash” that makes up his mini production line “with several other variants in progress”. This image needs to be on Wikipedia right next to “will power”. The light blue coloured parts are the RTV molds for the different subcomponents. 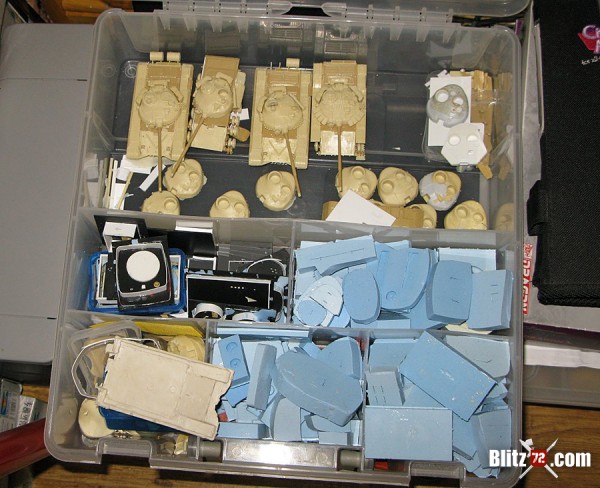 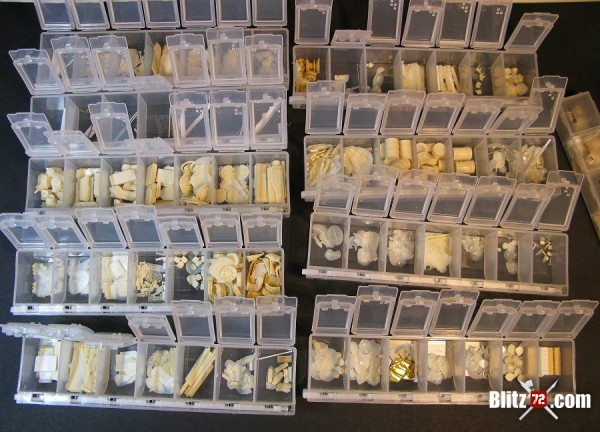 Now, on to the first model of the series!

This model represents a Lybian T-72M1 that was captured by rebels in the 2011 uprising. Alex took several photos of T-72 in the conflict as reference. 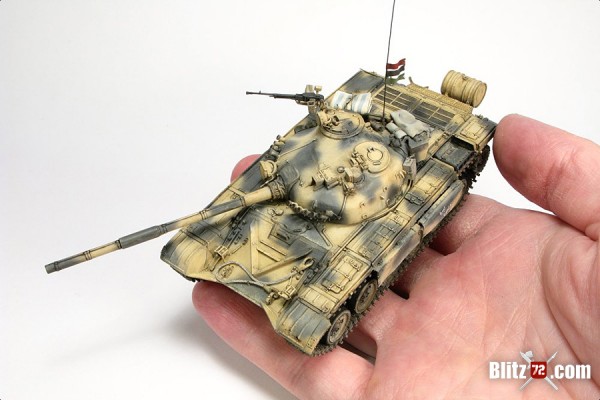 As said before the Revell turret is the worst part of the kit by far and had to be replaced. He scratchbuilt one by casting duplicates and improving several of them until a good copy was produced. The same was done with other miscellaneous details. “Most of the front hull ended up getting replaced and I broke this down into several sub-assemblies. The main reason being that I don’t have the equipment to allow me to cast large pieces successfully”. 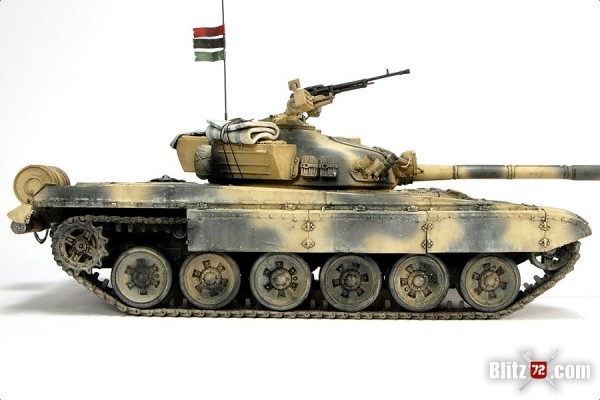 The detailing was rounded up with some items from Extratech’s somewhat-difficult-to-get PE set (although now available from Track-n-troops). The tow cable is from Eureka XXL and the stowage was created with rolled MagicSculp putty. Thin wire was used for the smoke canisters & headlights wiring, plus other assorted details.

Painting and weathering was done with both Humbrol enamels and Tamiya acrylics. 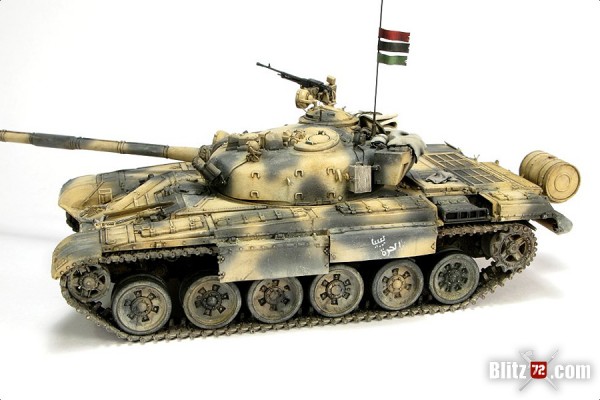 As Alex said about the T-72: “It’s certainly one of my favourite subjects and not well represented in any scale”. Well I think he did a great job using the rather hit-n-miss Revell offering to turn it into a model that can easily pass for a larger scale.

This model is one of the best T-72 tanks I have seen in any scale but lets not hurry to judge it for the best is still to come in the following articles in this series with the T-72B (model 1984)! 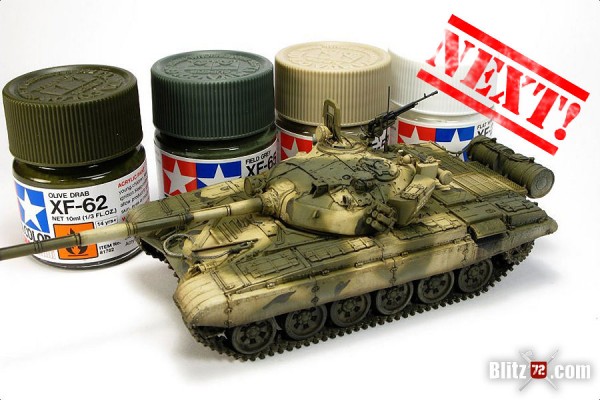