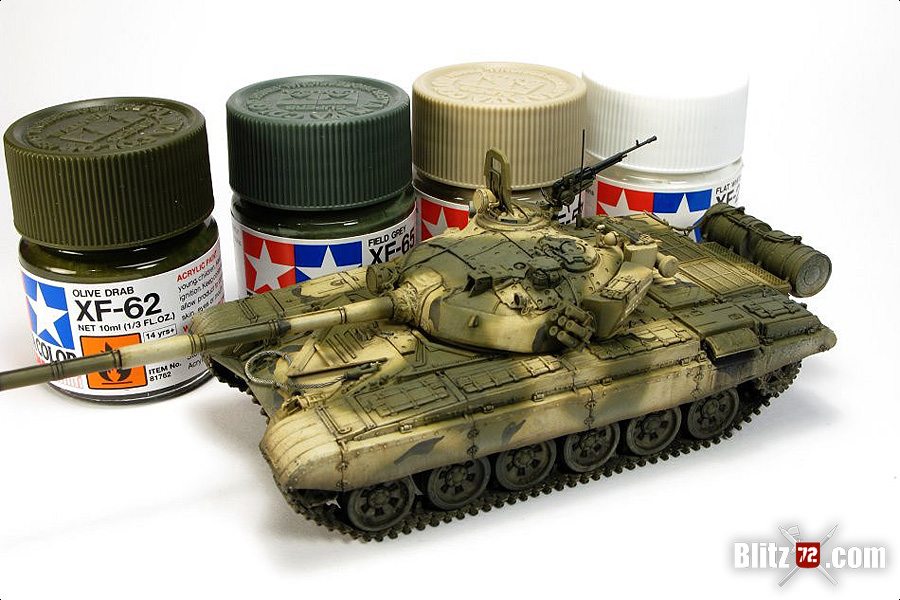 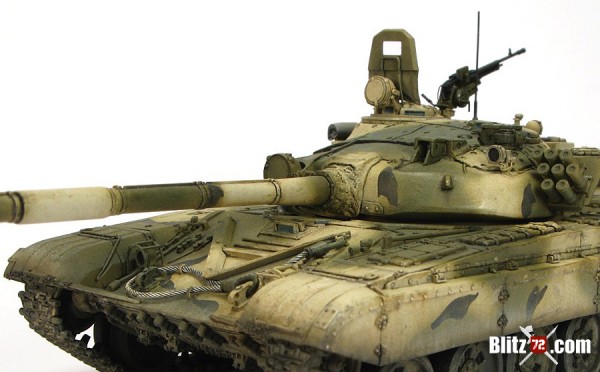 In this second installment of the series Alex show Us his T-72B (model 1984). Just like the previous Rebel captured Libyan T-72M1, this model is based on Revell’s T-72M1 #03149 with the appropriate conversion work to turn it into the mightly armoured B variant. 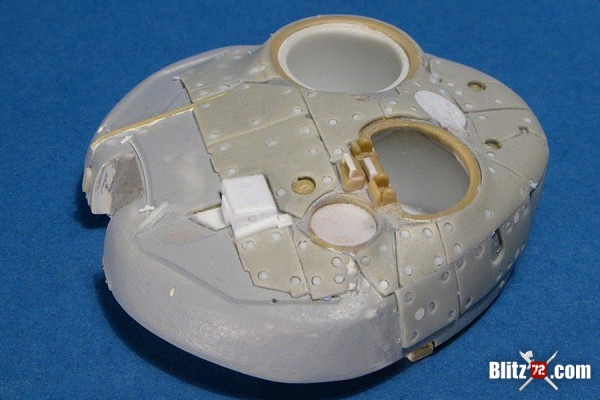 One of the obvious differences between an T-72M1 and a T-72B is the turret. The T-72B has a very particular frontal bulge on the cheeks of the turret due to the massively improved armour. According to some sources it might’ve been more efficient and thicker than the T-80 turret. This bulge has earned the name “Dolly Parton” to this turret type, in relation to the exuberant american singer and songwriter. Most, if not all, turrets of this type eventually received an anti radiation cladding over the roof and on the access hatches. 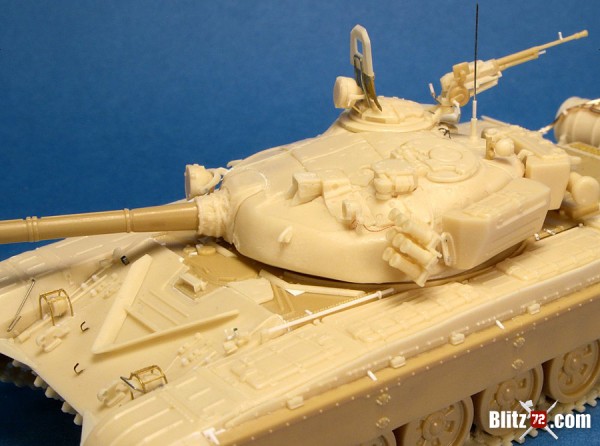 As a result, a new turret was high in the to-do list for Alex. A completely scratchbuilt turret based over the inaccurate kit part was made, building up the shape with plastic strips, Milliput and finally Mr Surfacer 500. The anti radiation cladding was made with rolled MagicSculpt draped over and trimmed to shape. “It’s quite a tough shape to capture”, says Alex. 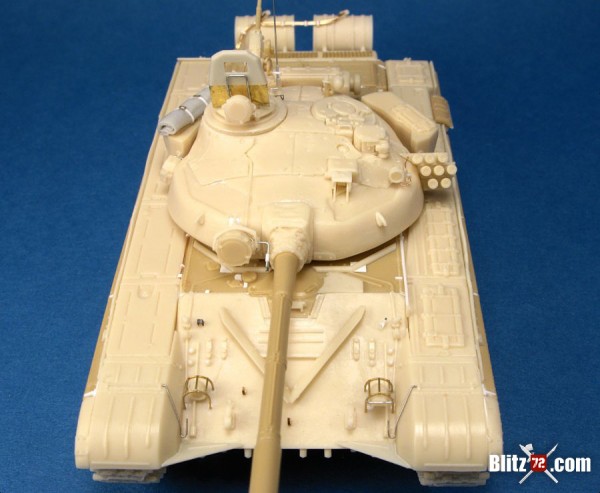 Now before you come asking the same almost everybody else has asked him, let me give you the answer: YES, this turret is now available, along with some other bits as part of a T-72B resin conversion from ARMORY as item ARM72418. Track-n-troops carry them and I’m in the process of getting one to review it, so watch this space. 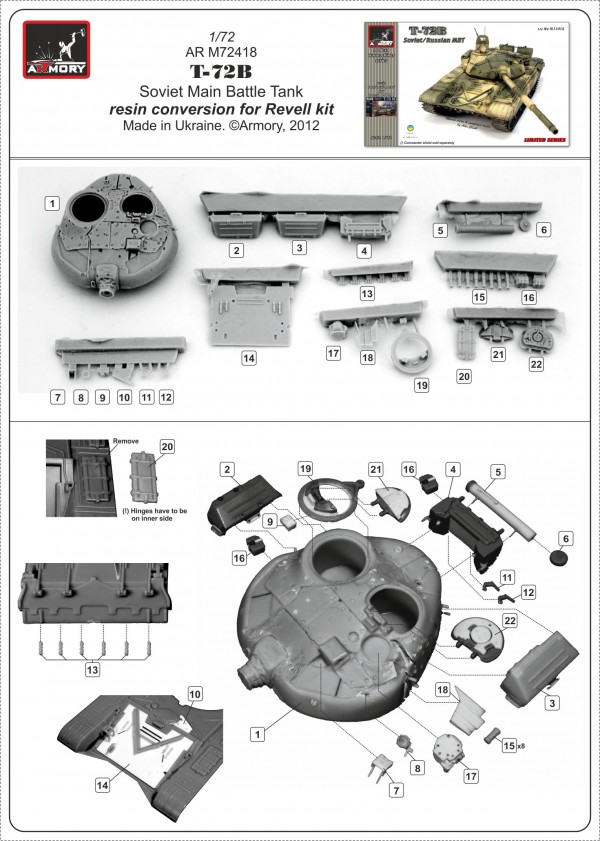 The track and some of the miscellaneous details come from the copies made in Mr. Clark’s “production line”. 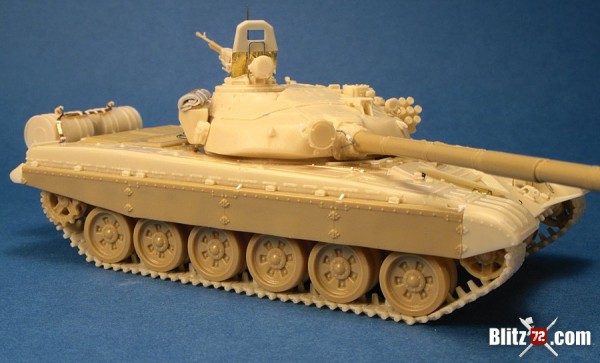 The model is finished in the 3-tone scheme that appeared in the mid / late 1980s. Alex concentrated his weathering efforts on mud and grime as this vehicles didn’t exhibit a lot of rust or paint chips. Again, Tamiya was used for the main colours and Humbrol for the weathering and small details. 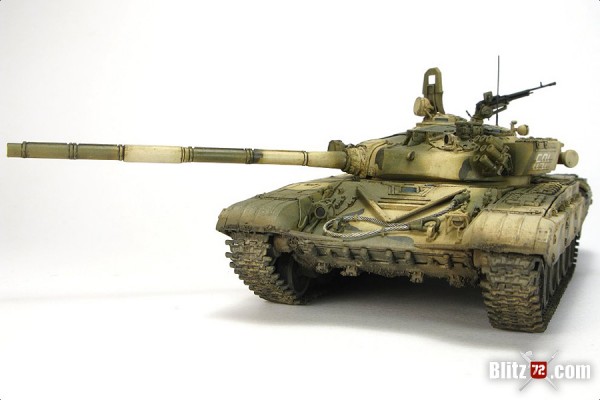 One interesting process is the finishing Alex uses for the tow cables. “I painted it with White Tamiya Acrylic, followed by a wash of Humbrol black enamel, then a very diluted wash of dark earth dabbed on”. The approach might not be conventional but the effect is really convincing and I can’t wait to try it myself. 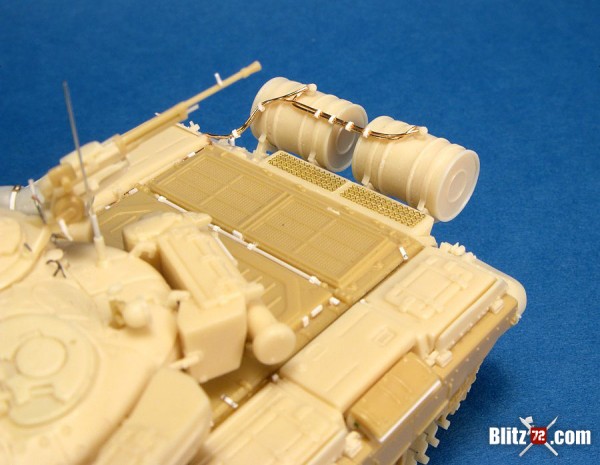 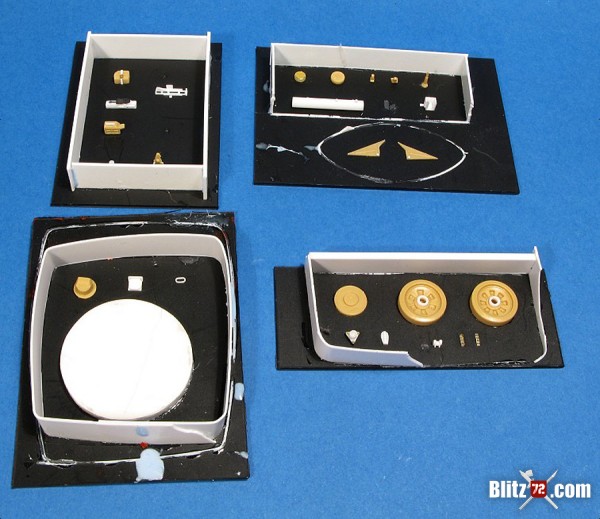 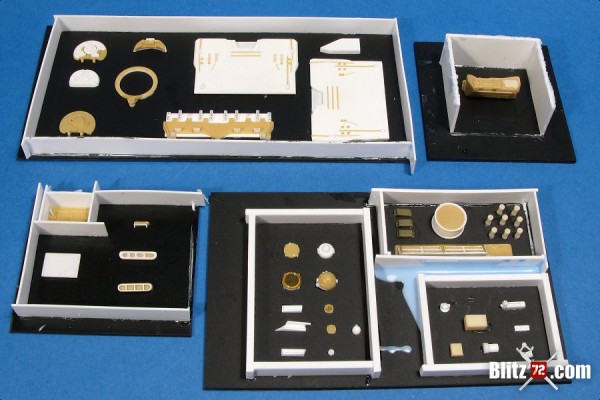 The Czechs are credited with a solution to connect these cells onto the main system by way of external lines and an electrical pump. The russian military, as stiff as it was, decided to ignore the improvement until late in the program. Hence not all T-72 had this feature, so check your references. 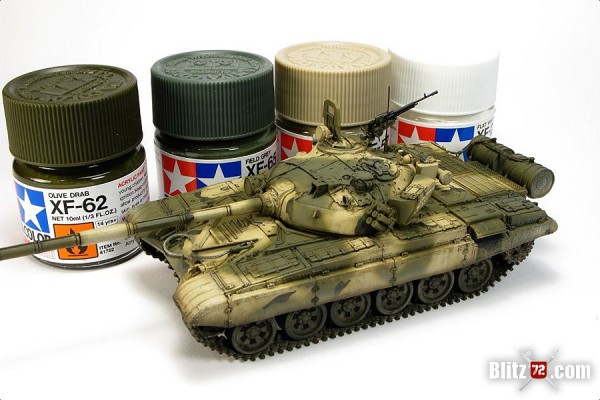 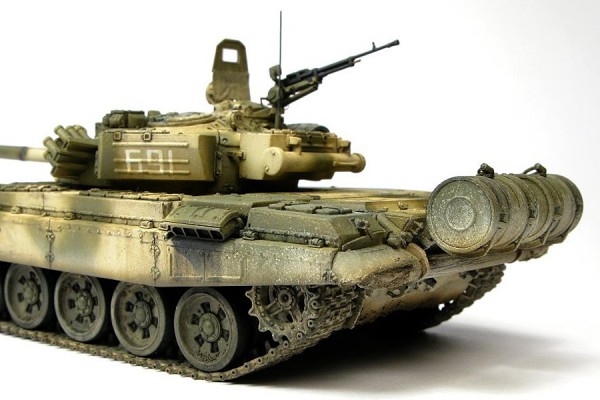 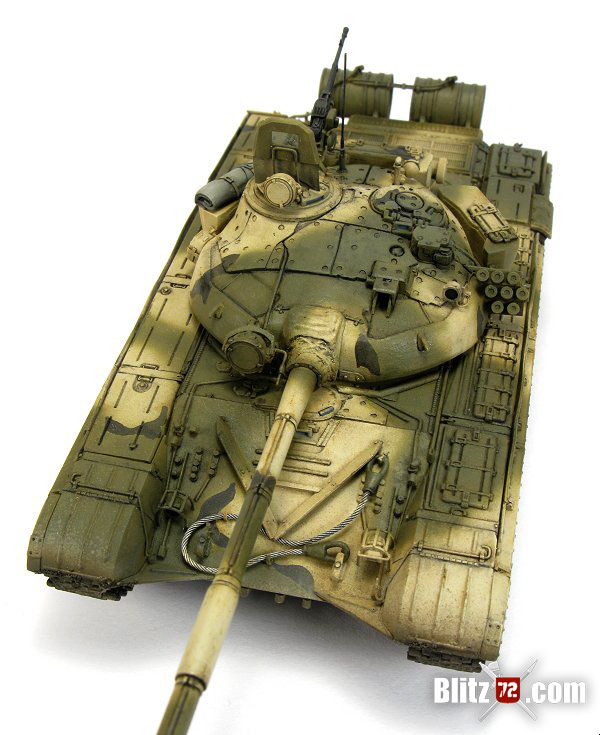 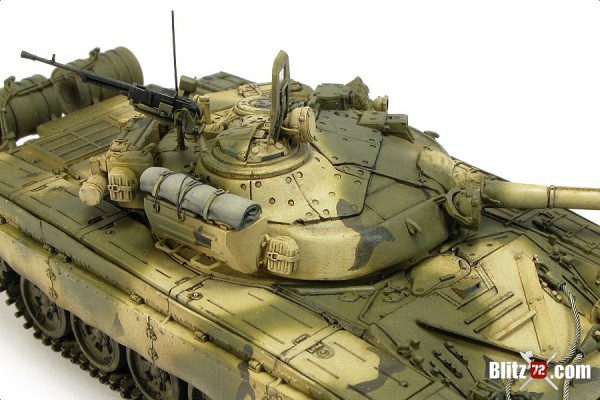 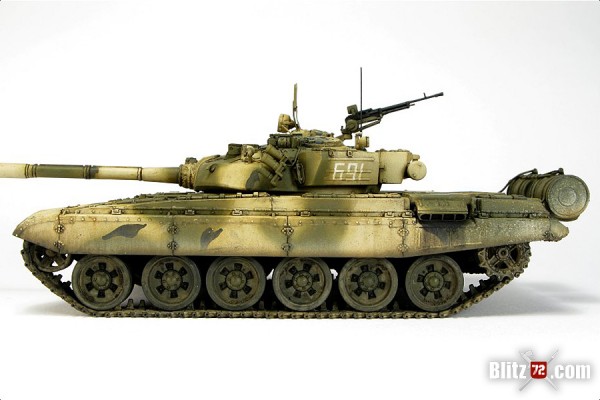 Another incredible T-72 model from Alex, finished in a very attractive yet seldomly seen scheme. I don’t know about you guys, but I’m getting slightly motivated to take on my little stash of T-72 tanks!. 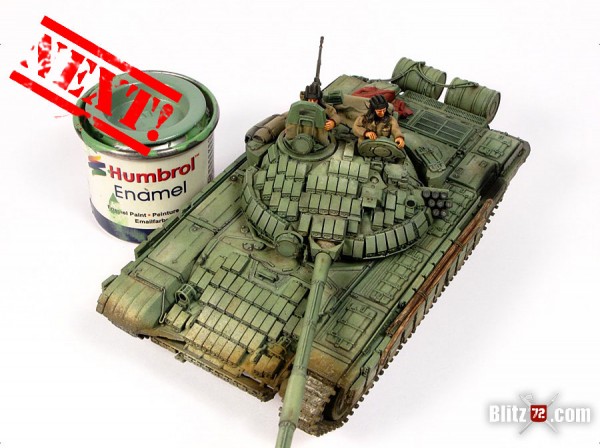 Don’t miss on the next part of these series were we will take a look at another great T-72B from Alex Clark!.