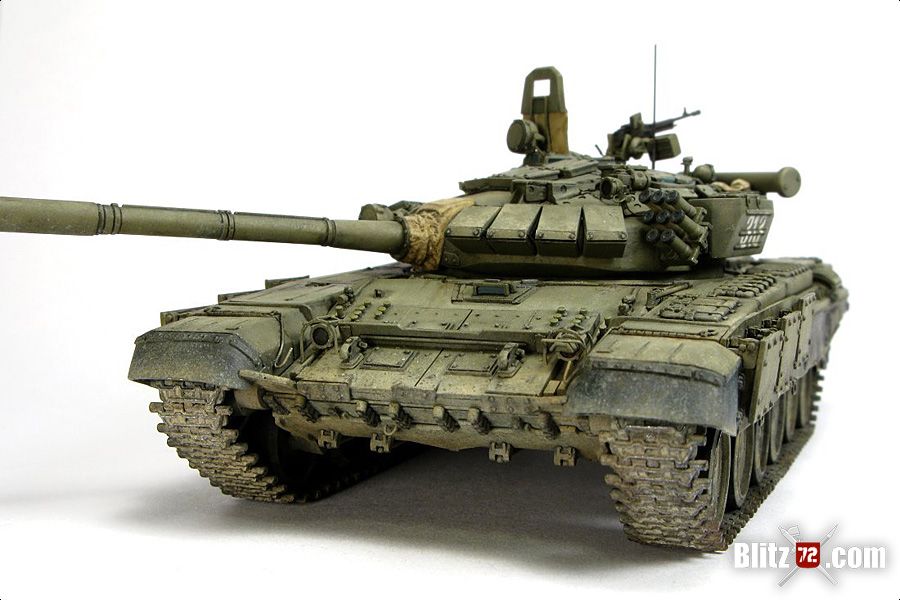 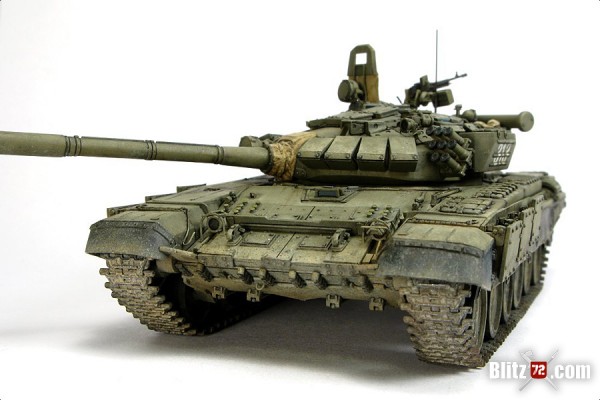 In this last installment from the series, we are going to take a look at Alex’s favourite T-72. It is based on his modified B type turret, along with a plethora of scratchbuilt details including, but not limited to, the late generation wedge shaped ERA blocks. 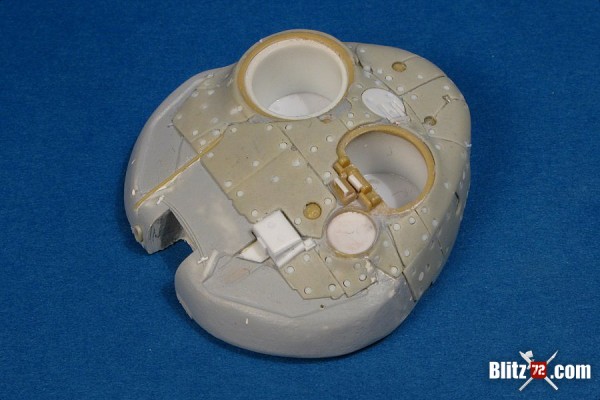 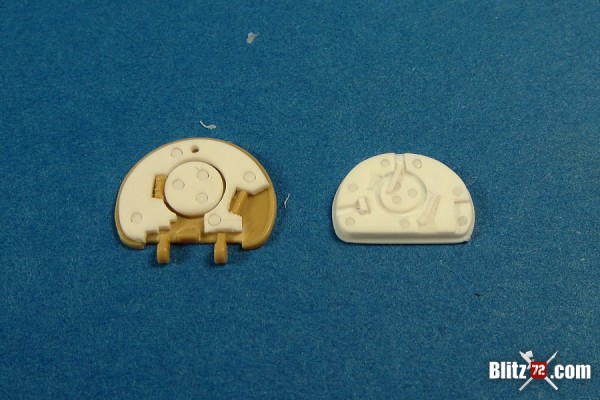 We will also go into a bit more depth on the colours he used this time. I consider this an example of how plain color schemes don’t necessarily needs to be, well, plain. 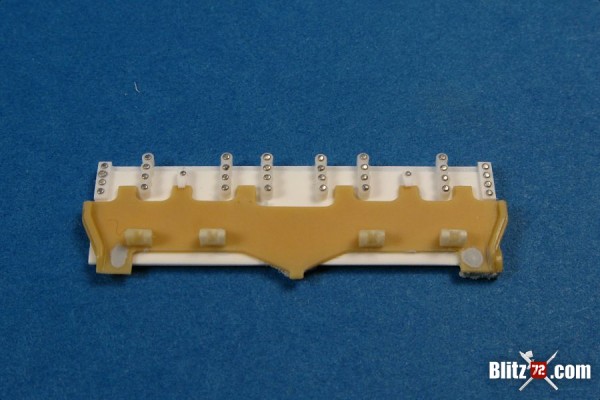 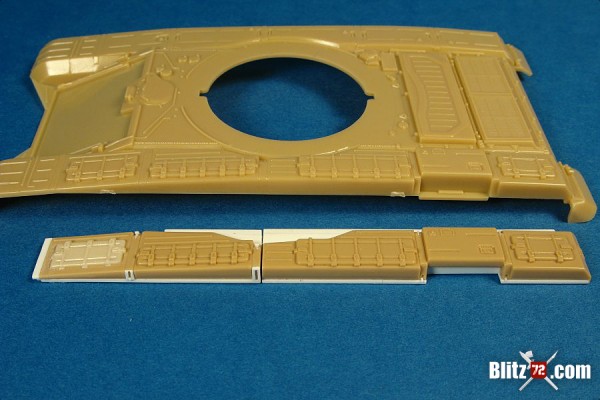 As said, this is Alex’s favourite version of the T-72, the B model 1989 A.K.A. T-72BM with the second generation active armour. 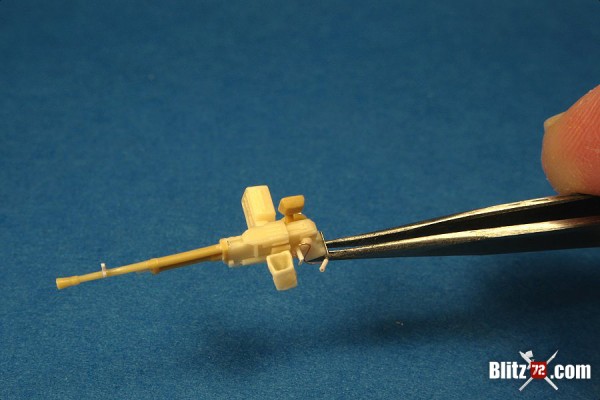 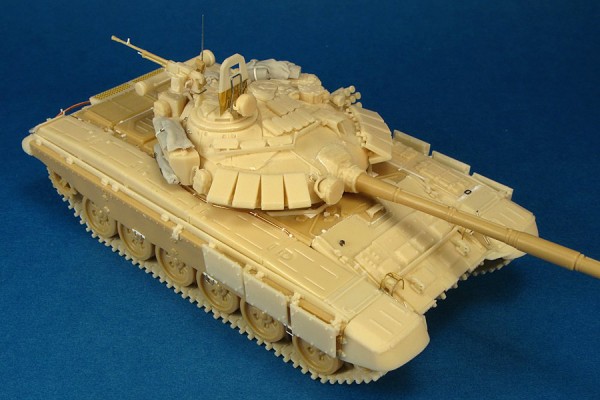 Once again the turret is from his own homemade production line, now made available from ARMORY (ARM72418) as a complete conversion set, plus a lot of scratchbuilt details like the ERA blocks.

The headlight guards are etched items from the Extratech set for the Revell’s T-72M1 #03149 kit. The vehicle’s left side guard is missing the front part that sits over the extended light cover, so Alex added that using thin fuse wire. Then the frames were glued using tiny blobs of Superglue gel applied with a sharpened cocktail stick. 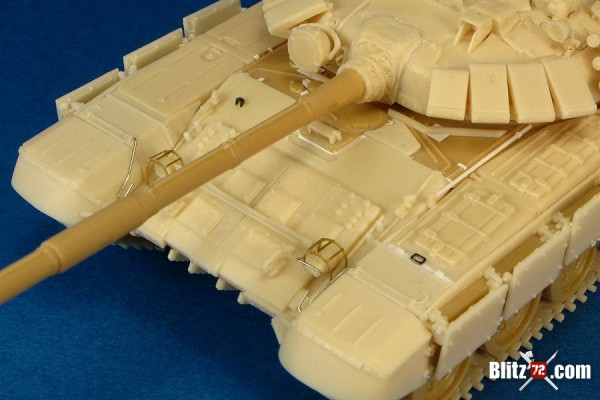 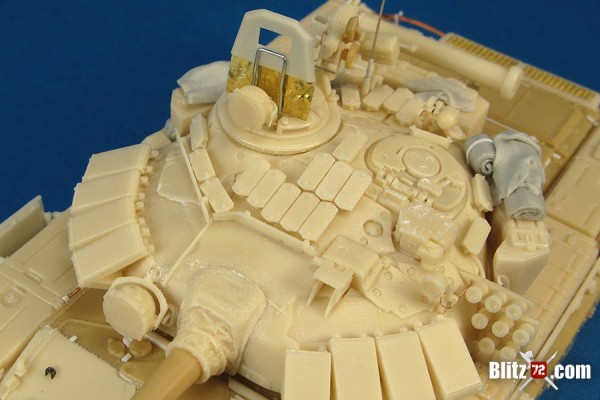 After spending some time testing different paint mixes and rations he started the painting with a base coat of Buff and Field Grey with a tiny bit of Olive Green in a 2:1:1 mix ratio (two parts Buff to 1 part Field Grey and 1 part Olive Green). Then he applied a lighter mix of 3:1:1 and highlighted the model with that mixture. Once that was cured, he washed the model with thinned Dark Green Humbrol Enamel that darkened the scheme slightly. 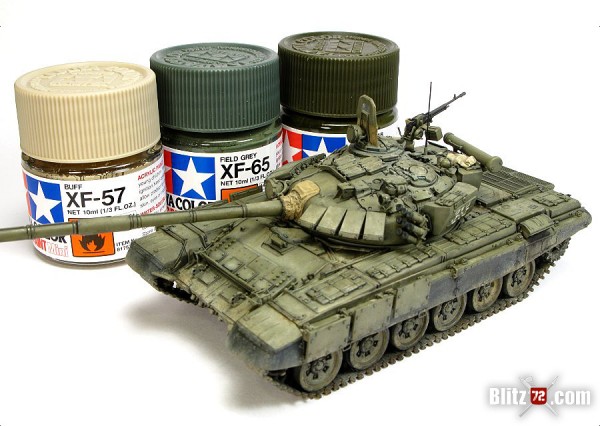 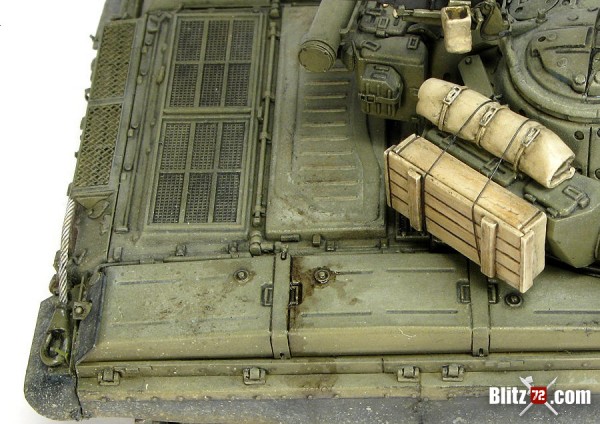 For the weathering, Alex says: “I wanted to make the finish a bit more weathered and interesting as it’s just all plain green”. For the splattering he flicked various shades of brown and beige Humbrol enamels onto the model using a broad brush against a cocktail stick. The result, again, is super convincing. 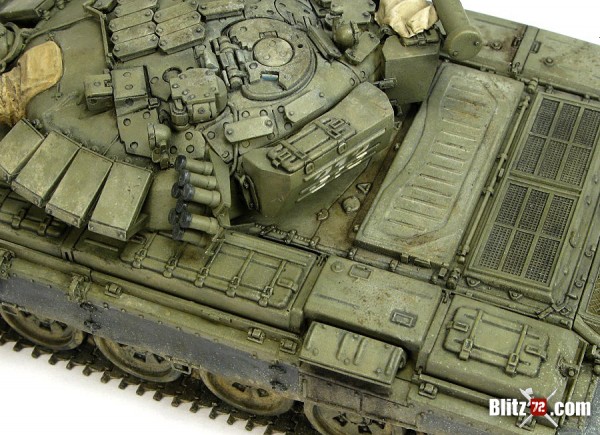 Well, I hope you enjoyed the models in this series as much as I did. Alex is one of my favourite modelers and authors. I find his work very inspirational and a clear example of how an inaccurate, or not-so-great, kit can turn into a scale defying piece through the mastering of skills and patience. 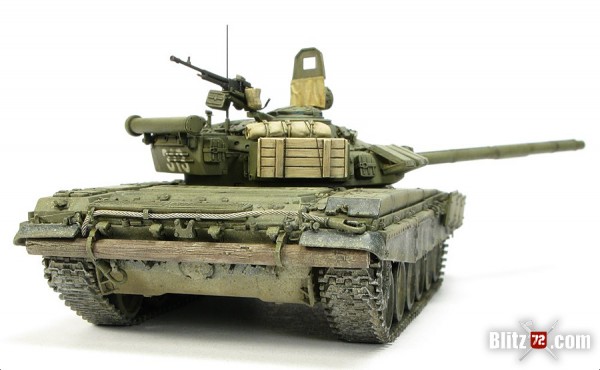 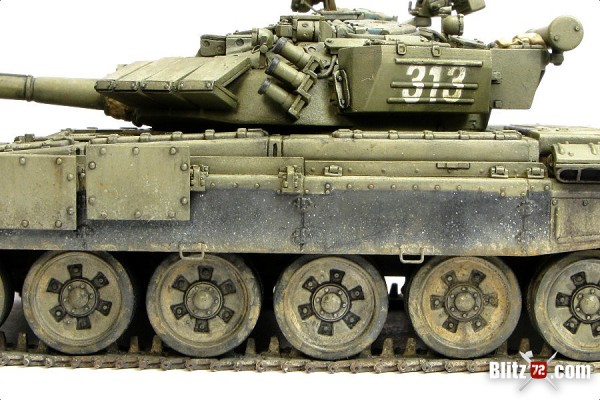 Last but not least, I know that these are not the last we will see from Alex as I know he is working on other versions as well. It might be in a while, as some of what he is doing (T-90 welded turret in his spare parts?) will take a lot of effort. Regardless of time, one thing is for certain, make sure you pad your chin for it will be an jaw dropping model. 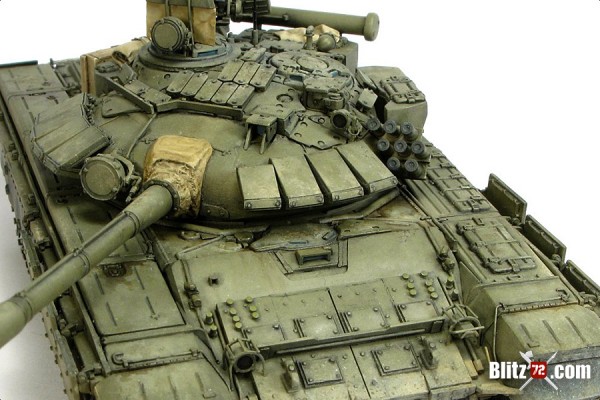