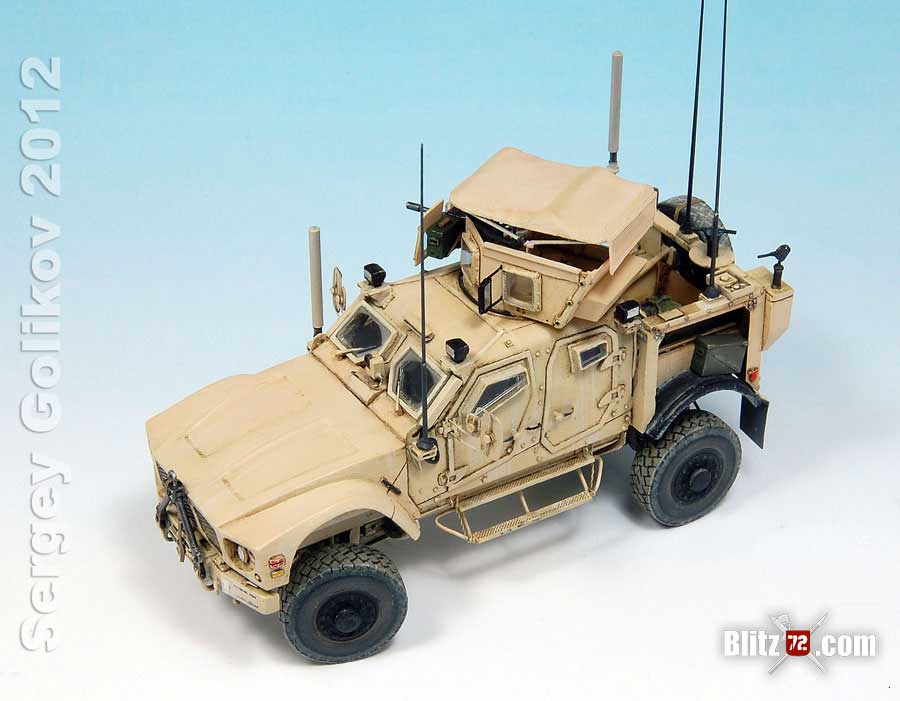 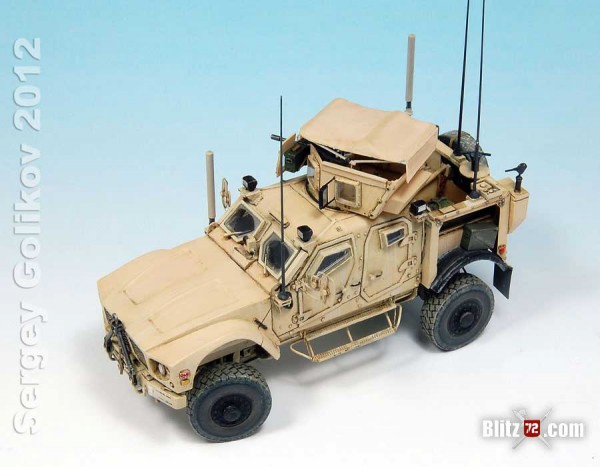 Model and photos by Sergei Golikov. Text by José Teixidó.

However, this kit will require some introduction as it is from a yet obscure and new manufacturer, Resinec. In fact, this is the first kit Resinec releases and according to some sources the master could have been actually made by another Hungarian manufacturer, Armada Hobby. 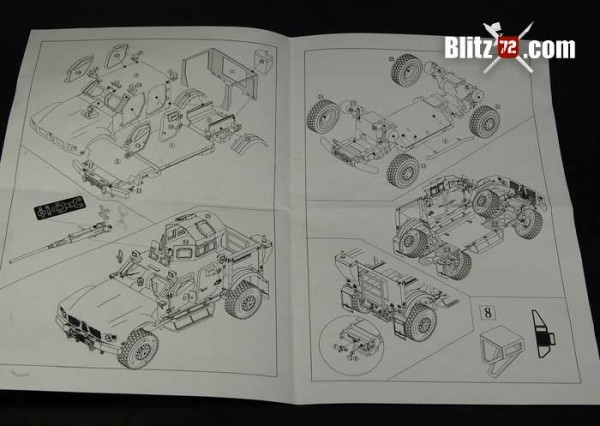 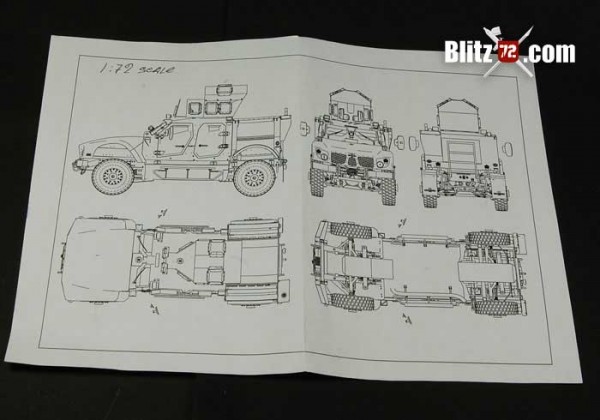 The multimedia kit includes resin parts, resin clear parts and PE. The instructions seems to be informative and included in the box there is a 3 view drawing in 1/72 scale for reference. 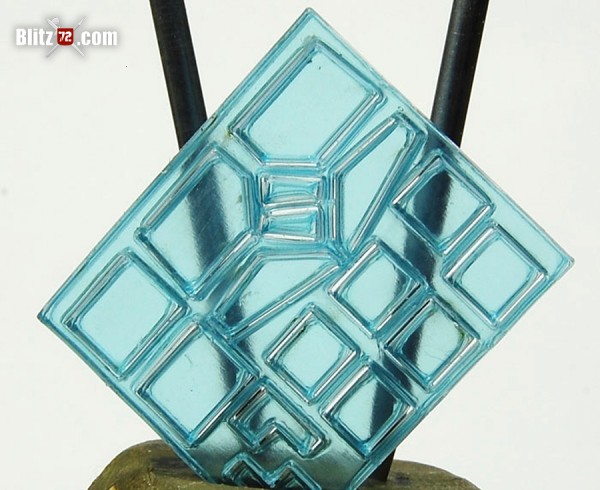 As far as the model itself goes, it has a few surface marks and blemishes in the form of perpendicular “lines”. Probably a sub product of the 3D printing process of the master. These are not really terrible, but the use of a good set of sanding pads and putty will be unavoidable. 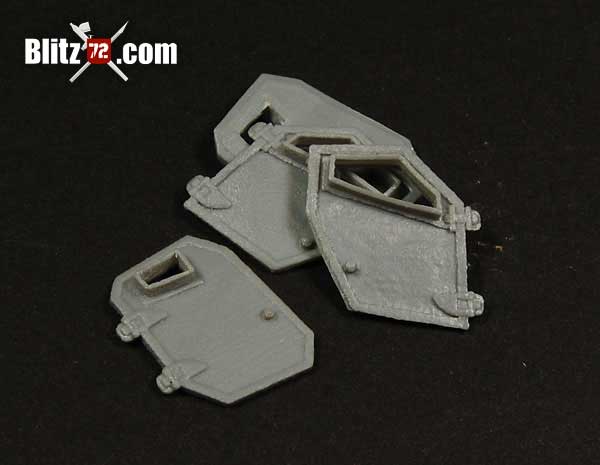 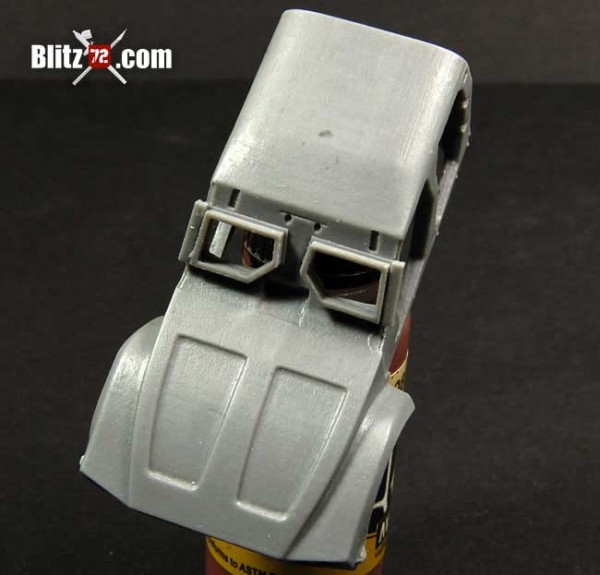 The turret and the clear parts are made in resin and both are rather thick and not really transparent in the case of the clear parts. There is also a slight blue tint that, at least from this editor point of view, is nice but dunno on the accuracy of such a tinting. According to Sergei the wheels seem to be within limits for the scale with some compromises, like the thread pattern, but nothing major. 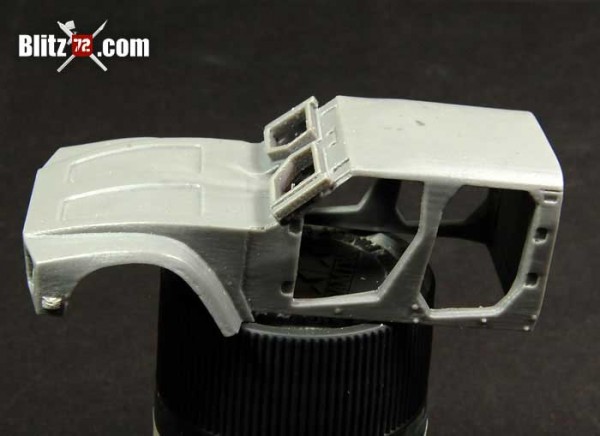 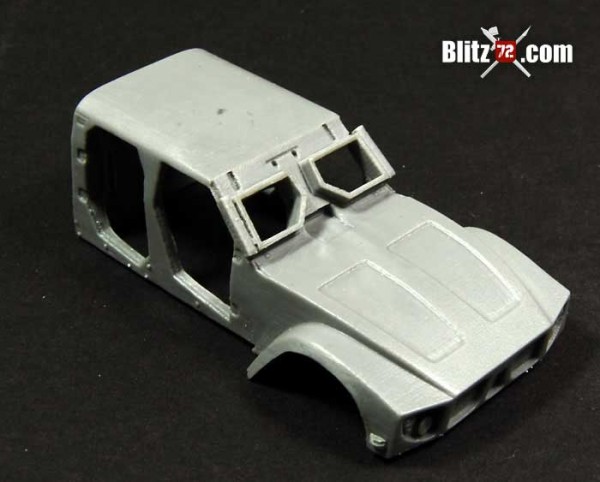 Up to this point it seems like this kit would qualify high considering its short run nature, however here comes the spoiler. The kit completely lacks an interior. Even previous releases by Armada Hobby scored rather poorly in this regard, like their Maxx Pro. But the Armada kits at least provide a steering wheel and some random seats!. In this case there is a void space that will need to be taken care of. 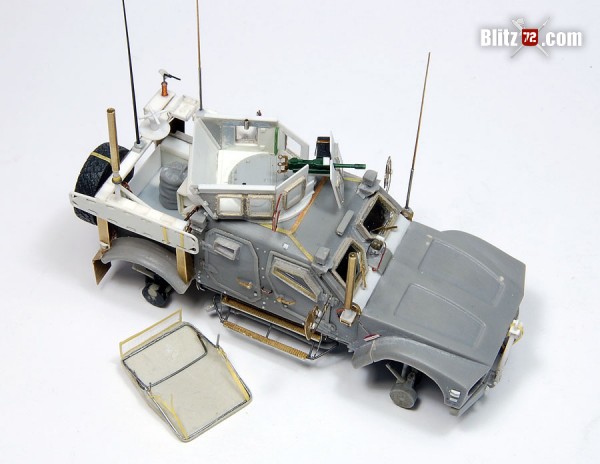 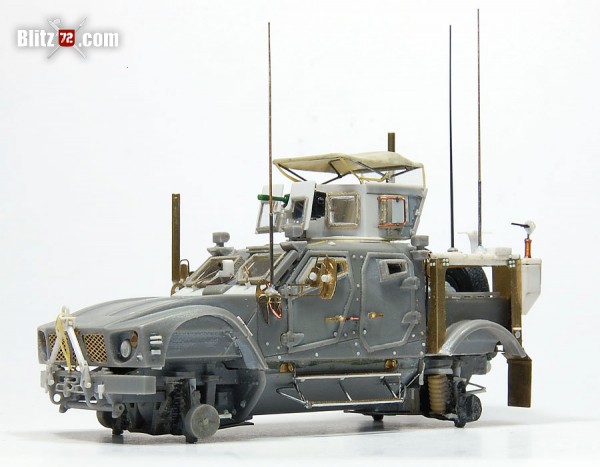 Hopefully this manufacturer will consider this suggestion for its following kits. The Cougar 1 that followed this one is even worse, according to Sergei. 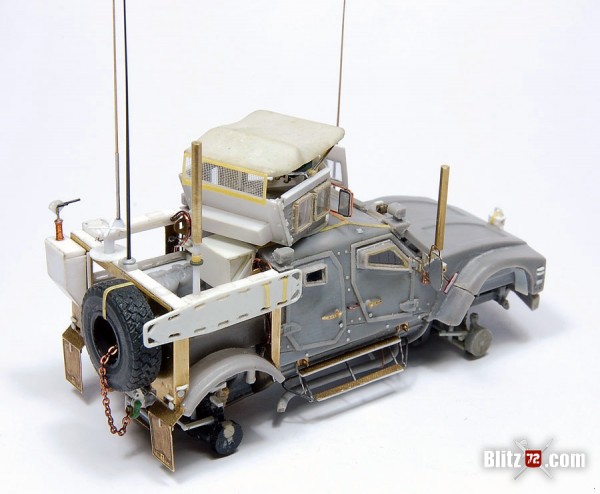 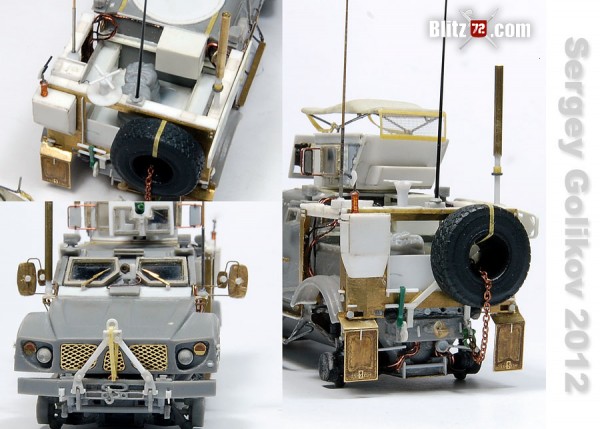 A new M2 in resin that is not copied from any other manufacturer completes the kit, that given its nature, and price, would be recommended only to serious and experienced modelers.

As with most short run kits this model required quite an effort to be able to obtain a reasonable representation of the M-ATV. Sergei reports that the kit required major rework and scratchbuilding of some of the kit parts. The material was a bit delicate and intractable at times, being mostly resin. 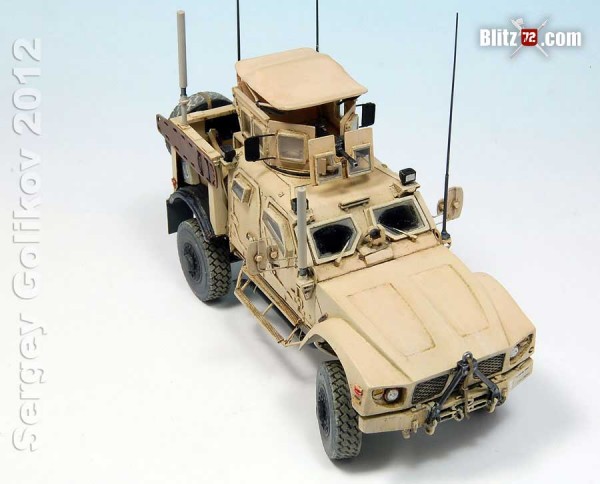 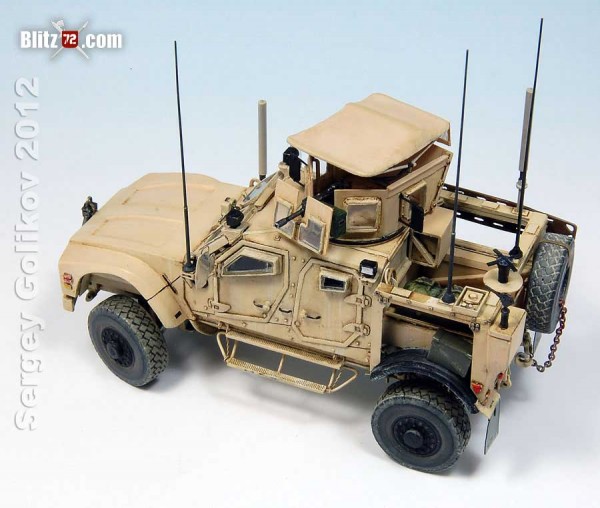 A lof of extra parts had to be thrown at the basic kit in the shape of RB antenna, Voyager / Model Point tubes, ELF lights, Master Club bolts, Dragon bags and Revell gun. 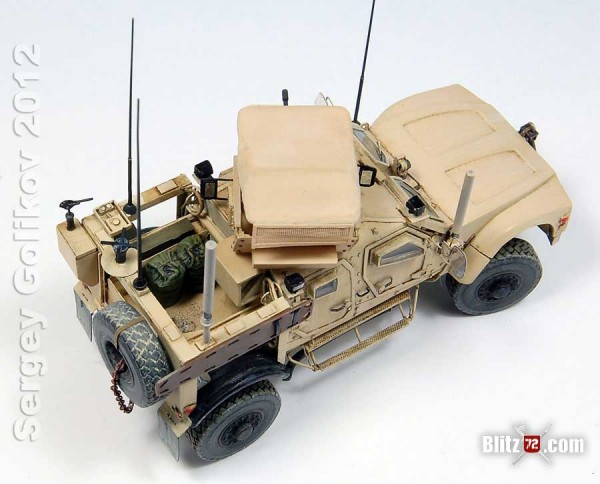 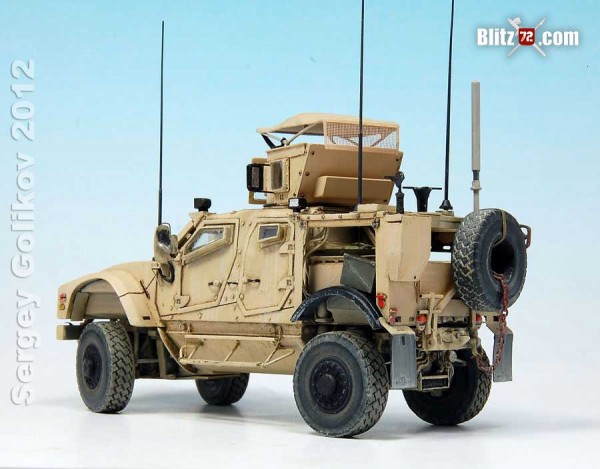 Sergei improved the interior with the basics, steering wheel, seats, instrument panel although it might not be easily seen through the not clear enough transparent parts. 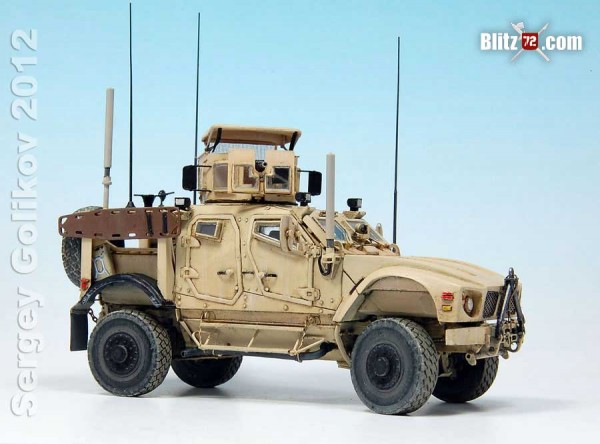 Well, the resulting product is a marvelous model that makes justice to the aggressive looking Oshkosh M-ATV vehicle, so the efforts put on it by Sergei are well worth it. Yet another example of how great skills, creativity, heavyweight levels of patience and pure passion can turn even the most difficult of kits into a truly awesome model.

Thanks to Mr Sergei for letting me share his killer M-ATV model with you all, and hope we can see more of his amazing models in the future!.