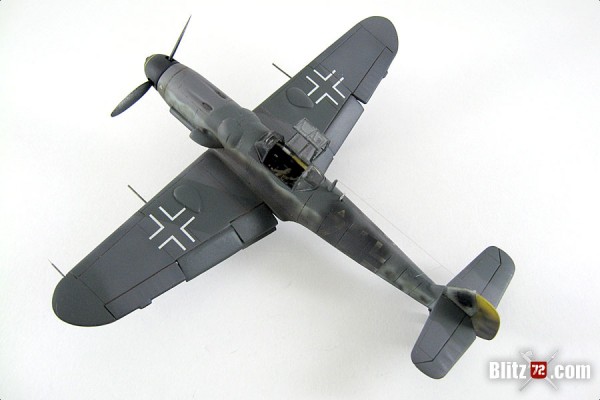 For those regular to B72 this is the kit that I started back in early 2010 and, in fact, it is the kit that brought me back to the hobby. However, for some reason, it fell to the unbuilt “shoe box of shame” and I had lost forgotten about it since then.

Fast forward to late 2012. Our baby boy was born only a couple of months before and, due to my work schedule and other responsibilities, I didn’t had much chance to finish anything in the whole year (although I managed to start quite a few projects at once). Thus the frenzy to build something before the invisible line of New Years Eve swooshed by kicked in. 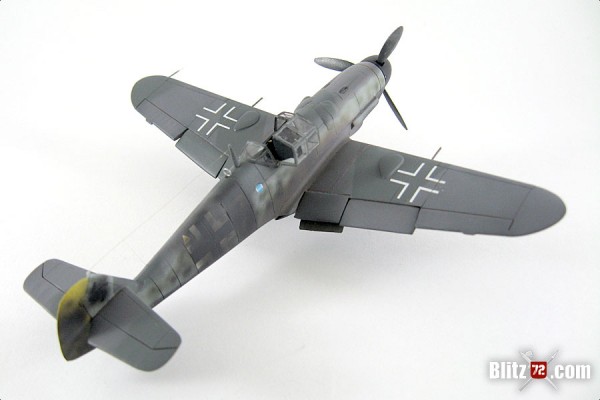 That is how I found the little Modelex 109 and began working on it. As always the hardest part of a 109 build is choosing the markings. I fell in love with this JG300 photo showing a really weary and smeary 109 G6 R6 and looking at my decal folder I had all that I needed. It was on!. 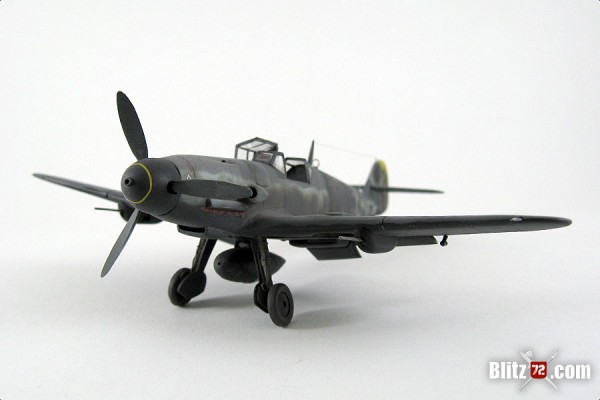 Most of the basic build was already done. I just needed some hypodermic needles for the underwing R6 gun pods and filling some of my own mistakes on one of the wheels (originally I tried to produce the thread and failed miserably). I kept on wondering why I ever abandoned the project after I had put a lot of work into it:

The painting was done in the span of 24 hours and began with a Tamiya Gloss Black preshade. Over that, my Tamiya mix of RLM 02 was painted in all the appropriate places like the wheel wells and the interior of the slats. 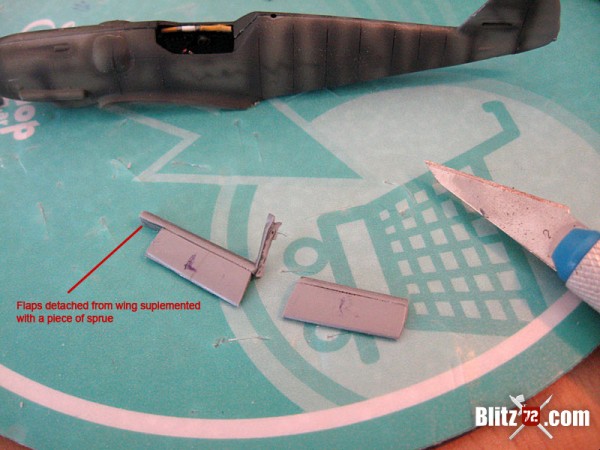 After masking those promptly areas, Tamiya gloss white was airbrushed on the rudder as preparation for the yellow markings, that followed as soon as the white paint was dry to the touch. 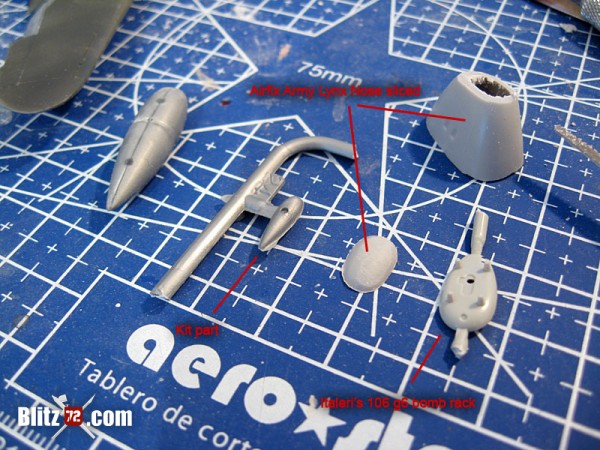 Black undersides and the RLM 76 were also Tamiya Acrylics and I applied it after masking the RLM 02 areas and the rudder. Left to cure for about 1 hour and then I did one of the craziest and riskiest bets I’ve ever did. 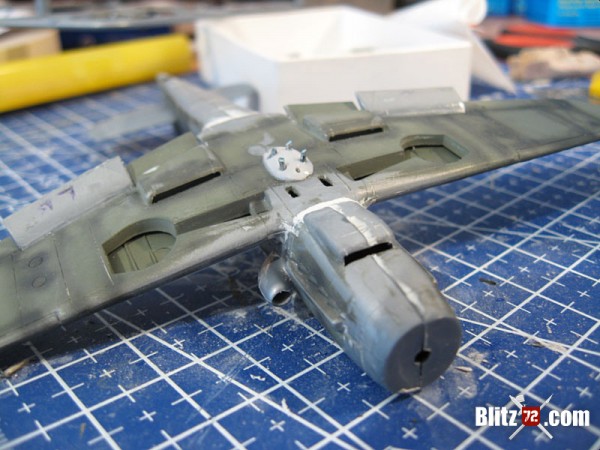 I painted the RLM 74 and the RLM 75 on a single session one right after the other masking the camo with a hand held Post It note. It finally worked just fine and my basic camo was done. 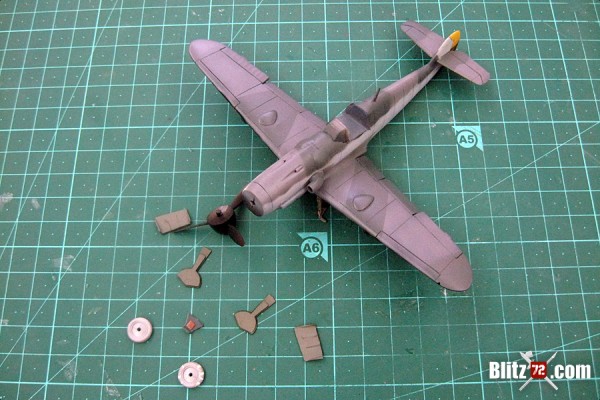 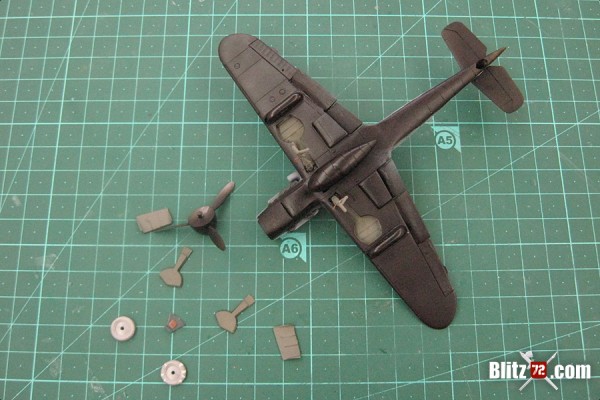 After a layer of Tamiya Clear I started decaling. As said, I wanted to reproduce a late G6 “Yellow 7” as flown by Lt Sinecker from JG300. The Swastikas came from the excellent generic set by Condor Decals, the crosses came from Italeri’s BF-109G and the #7 came from FCM’s #72027 Luftwaffe Aircraft Numbers decal sheet. 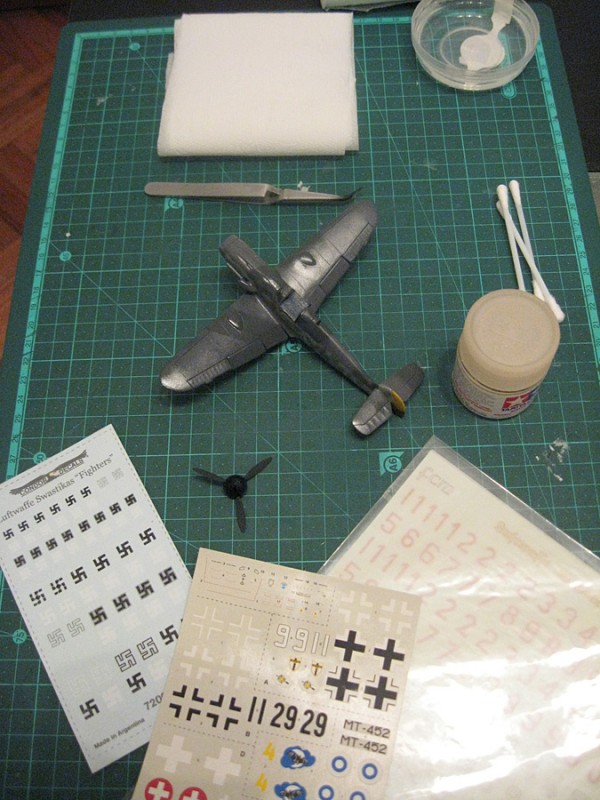 Just to ensure they went down with no silvering, and because in Argentina there is no “Future” floor polish, I placed a drop of diluted Tamiya Gloss on the spot where the decal would go right before sliding it in. 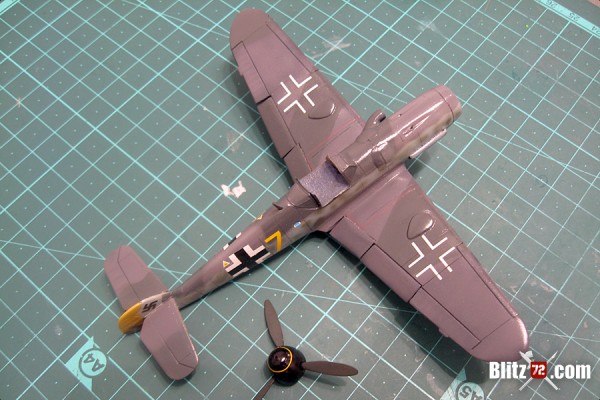 I mixed some Tamiya Clear, Black and Smoke and used that to overspray the markings and the grimy black exhausts marks using the photo as reference. It seemed almost unnatural to have to go as bold on it but I really wanted to reproduce the photo as much as I could. 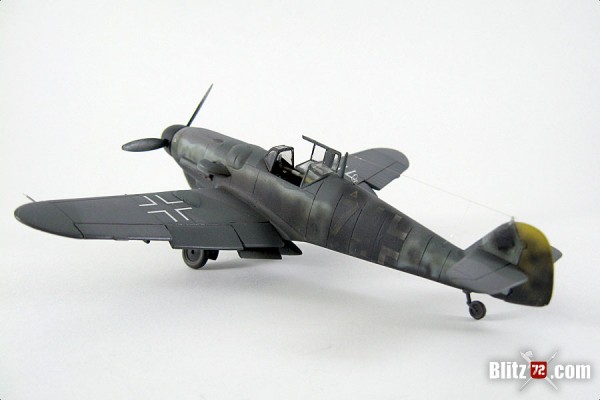 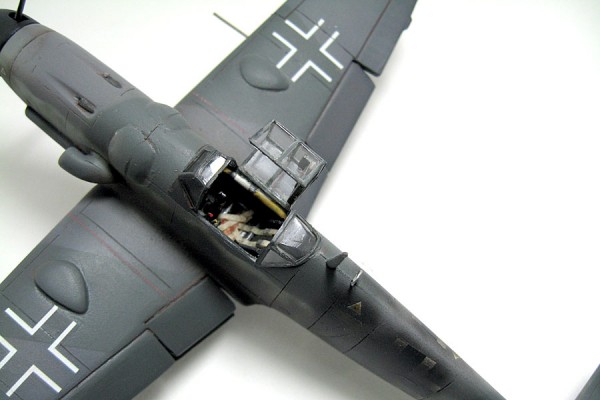 A light wash made of tan, burnt sienna and earth colors brought up the details and panel lines, specially on the belly since it was all black and featureless. The RLM 76 band on the external tank was painted with a brush. 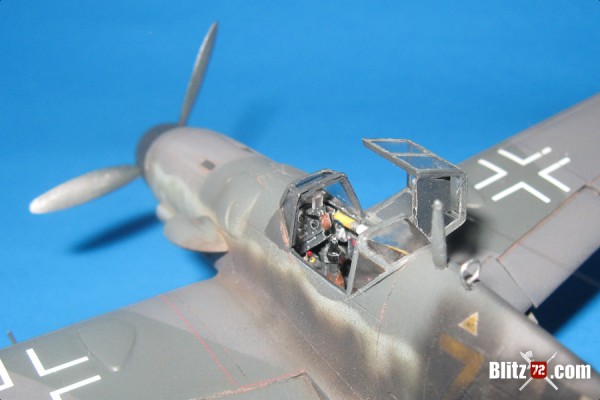 A flat coat sealed the previously done work and brought all the different paints and decals to the same dull finish. 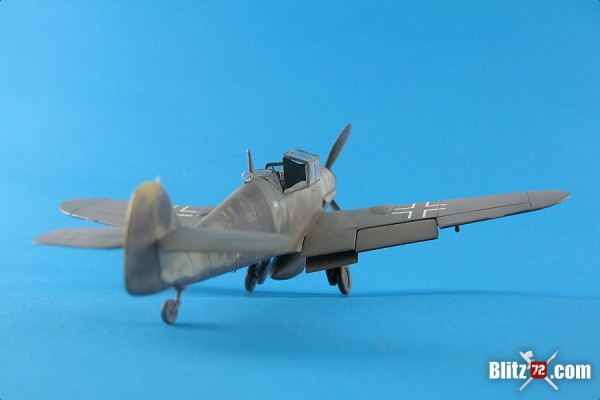 I ended the model a tad later than hoped, on the first couple of days of 2013. But I was really happy to begin 2013 with the model that brought me back to the hobby I love, and that I was able to enjoy during good and bad times ever since I was 9 years old.