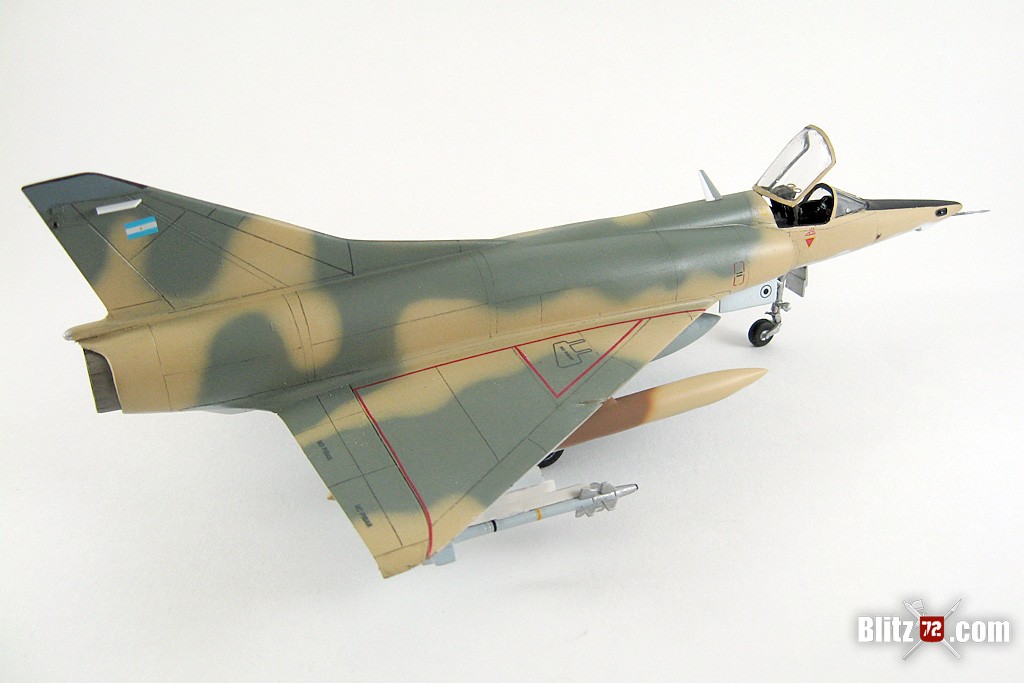 Probably the most exotic of all the Mirage versions in service with the Argentine Air Force, the Mara (patagonian hare) makes for an interesting subject and a rather easy conversion that would stand out in any delta wing lover’s collection.

Mirage Maras started their life as Mirage 5Ps built originally for the Peruvian Air Force in 1968. Contrary to common belief these were not actually reinforcements procured to cover for Dagger losses in the Falkland/Malvinas war, but actually negotiations to acquire them started before conflict. 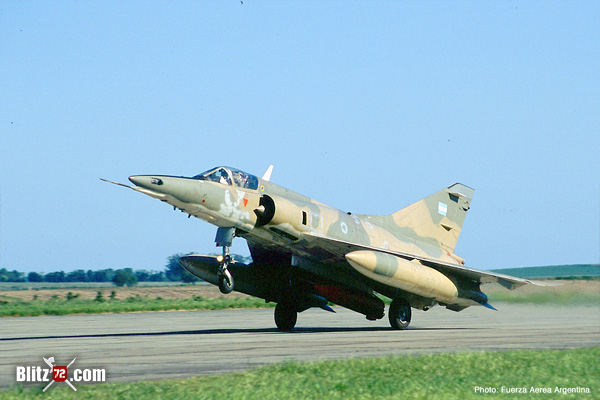 In fact, when war on the South Atlantic Islands broke an Argentine contingent was already converting to the type, a process that wouldn’t end by the time hostilities ceased.

Upon delivery these airplanes received some modifications before hastily pushing them to service. These included upgrading the instrumental and coms to the Argentine standards. Most noticeably of these changes is the radio antenna under the nose a’la Dagger and other minor changes, which led to the reclassification of the type as Mirage 5P3. 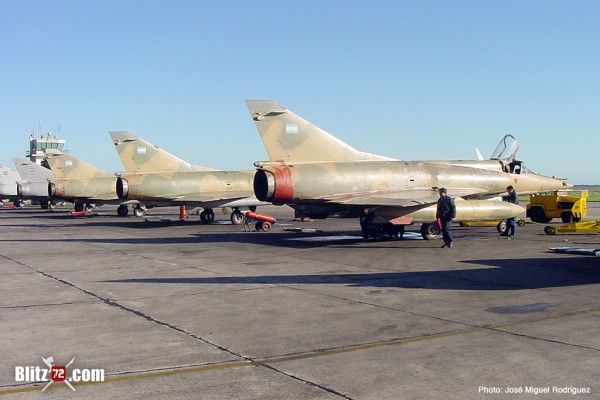 Paint scheme for this period was the Peruvian sand/brown desert camo, but with huge Argentine roundels and flag over where the Peruvians markings previously were. Also interesting is the fact that these airplanes were issued the serials of Daggers lost during the war, painted in big black numbers at the back of the fuselage. 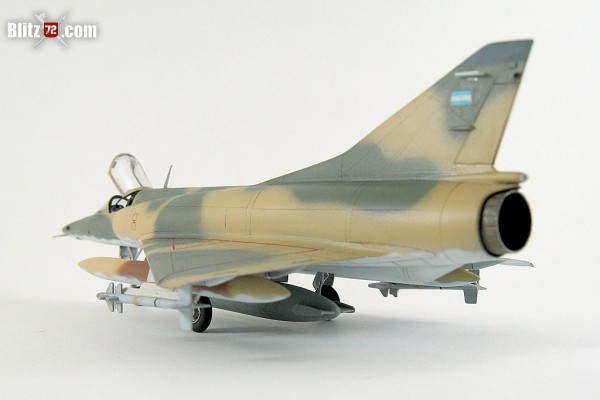 In 1987 the Argentine Air Force “Dirección General de Sistemas” (System General Management) began project FAS-430 to upgrade the Mirage 5P3s to a standard similar or superior as those of the IAI Dagger in service.

Such modified airplanes are known as Mirage 5PA -or simply “Mara”- and among other things they received IFF sensors, new com gear and upgraded weapon management and delivery systems. Some examples got Chaff and Flare dispensers, but this modification didn’t spread to all the airframes.

Maras are easily identifiable for having lost the typical Mirage V nose, to the one previously sported by IAI Daggers, with the rounded tip and under nose pitot. The antenna layout is also similar to the one used by IAI Daggers. As far as camo schemes goes, they were painted in a rather exotic light sand and light green over off-white that was quite effective when flying low level over the patagonian steppe. 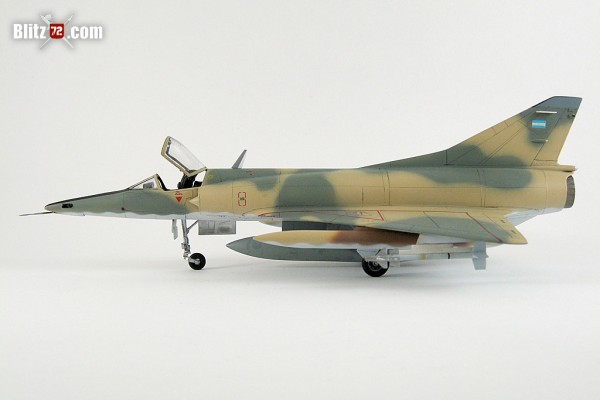 In the late 80s Mirage VPA’s were flown daily from Rio Gallegos Air Base (the same from Malvinas/Falklands fame) on probe/poke missions right at the edge of the Malvinas/Falklands no-fly zone and over the Chilean border. The missions were flown by the now disbanded Squadron X “Los Guerreros del Hielo” (Ice Warriors), an elite squadron where only veteran or very seasoned pilots with a lot of hours on the Mirage weapon system were allowed.

If you followed the WIP articles you probably know a lot of how this built went. 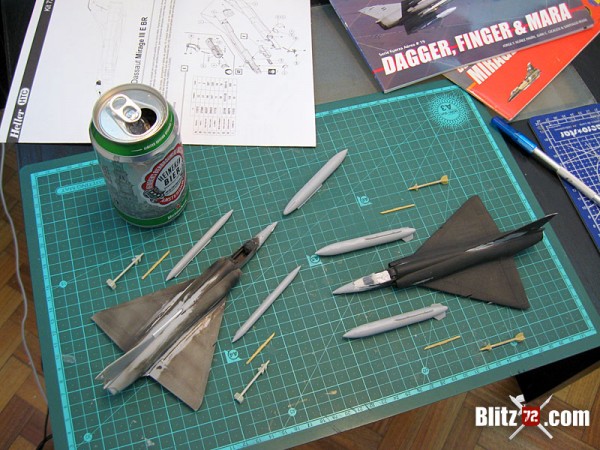 I’ll just add that this is one of two Heller kits I started some time ago. One with fully scratch-built cockpit, re-scribed panels, and a lot of added details to make a reasonably good representation of a Mirage IIIEA. The other is this one, which was a much simpler build, focusing in just the Mara specifics. 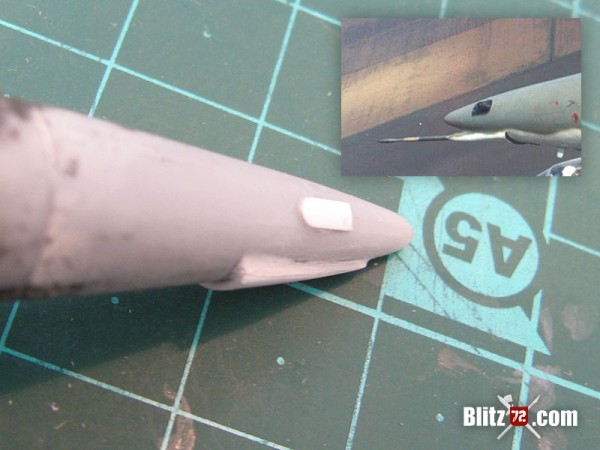 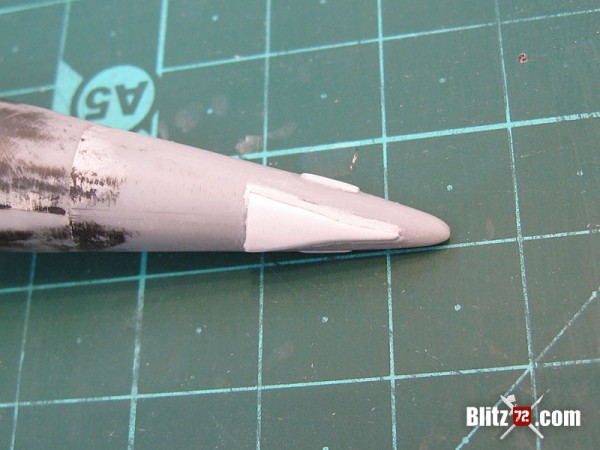 Nose required some modification from the 1/72 Heller Mirage V nose as provided in the kit. Nose was filled on the inside, then the tip was sanded to a rounder shape. Then the two side antennas were added, as well as the under nose “scoop”. Rudder antennas are also particular to this version. Dorsal antenna was added using thin plasticard. This is really a sweet and easy conversion that looks way more complicated than it really is. 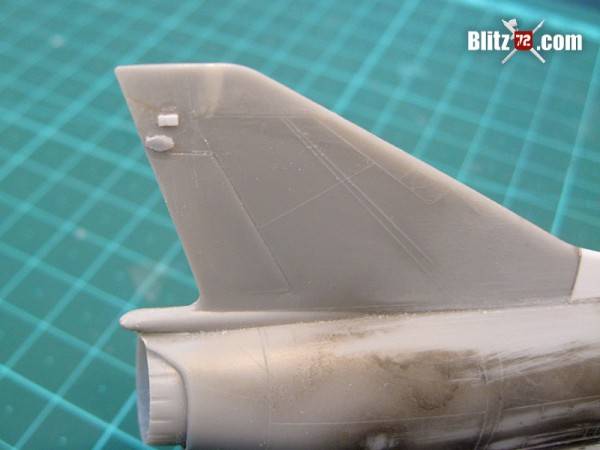 I painted the model using Tamiya mixes, quite a lot actually. I have since forgotten which % and colours I used, but I kind of went with eyeball Mk1 for the most part. For paneling I used a technique I read in one of the online forums, which is using a thin mechanical pencil (the kinds used in drafting) and actually drew these lines on the painted model. 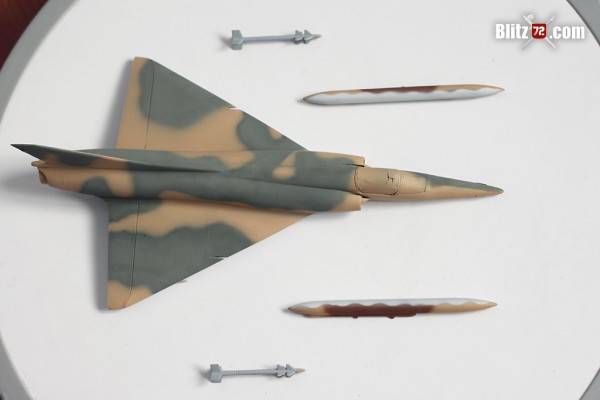 I haven’t yet decided if I like it or hate it, but it does add a bit of interest, especially to a rather featureless surface as a sanded raised panel line model. 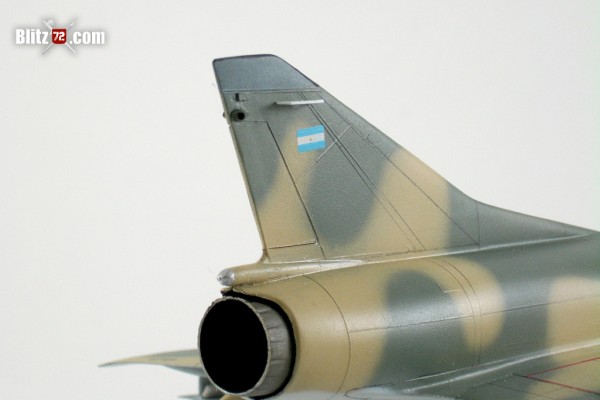 Ventral tank was painted a darker shade of grey, then masked in spots using Humbrol’s Maskol. Over that a lighter shade of gray was airbrushed. When this last layer of paint was cured, the Maskol was rubbed with a finger, leaving some very convincing peeling on these parts… a feature that is all too common to Argentine Mirages. 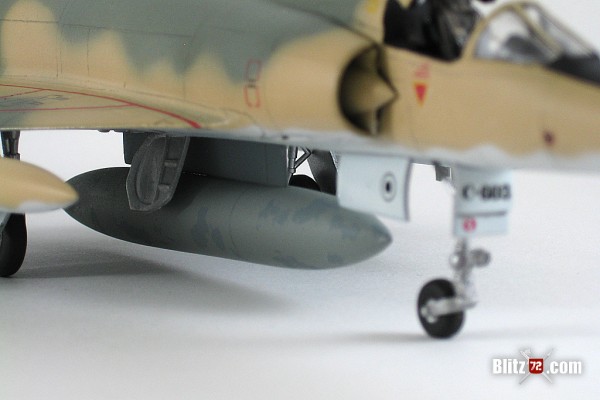 Markings for the Patagonian Mirage

To the best of my knowledge there were no decals for this version in 1/72 (or any other scale), so I used a mix of Condor Decals (http://www.condordecals.com.ar) for other Mirage versions, and I think a tank sheet from the same producer for the rudder flag and the nose wheel door serial.

However, at the time of this writing Condor Decals have just announced the imminent release of their 72-049 “Low vis Argentine Mirage” decal sheet, featuring two Maras among other late Mirage marks in Argentine service (also available in 1/48).

One of the Maras can be done in this particular scheme or in an overall Air Superiority Grey. One of the examples provided is C-630 which is the original Mara conversion prototype, and one of the few Maras fitted with Chaff and Flares dispensers.

As always, when it comes to Argentine subjects, I can wholeheartedly recommend Condor Decals, as they are super throughout with their research, usually with first-had access to exclusive Air Force resources, material and photos. 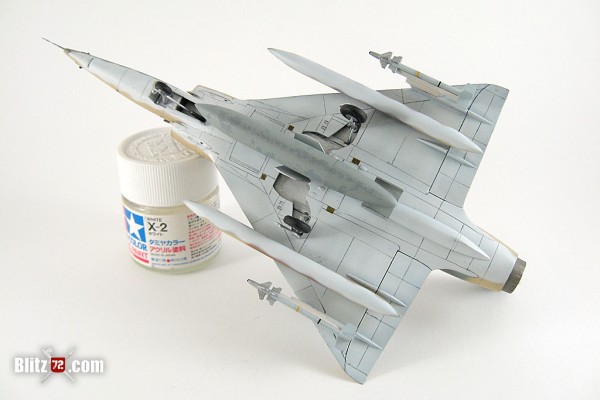 I had decided early on to fit my Mara with a Interceptor/alert load as used on station by Squadron “X”. After consulting with some former FAA pilots they confirmed a common load for this mission was:

Mission profile called for scramble, gain altitude and loiter for instructions from ground control on the ventral, then as soon as a vector was provided it would be jettisoned so supersonic interception speed could be attained.

Weapon stations 1 & 5 are missing from the 1/72 Heller kit so they had to be built using plasticard. The weapons came from Academy’s Super Etendard (Matras). BP62 Tank will have to be modified from a BP30 tank as provided on the Heller kit by cutting it short and then scratch-building the ventral station.

As far as aftermarkets goes, the nose has a Master pitot turned tube and the seat is a Pavla item.

Well that’s pretty much it. I hope you enjoyed the build and watch this space for Part #2 featuring the improved Heller Mirage IIIEA!