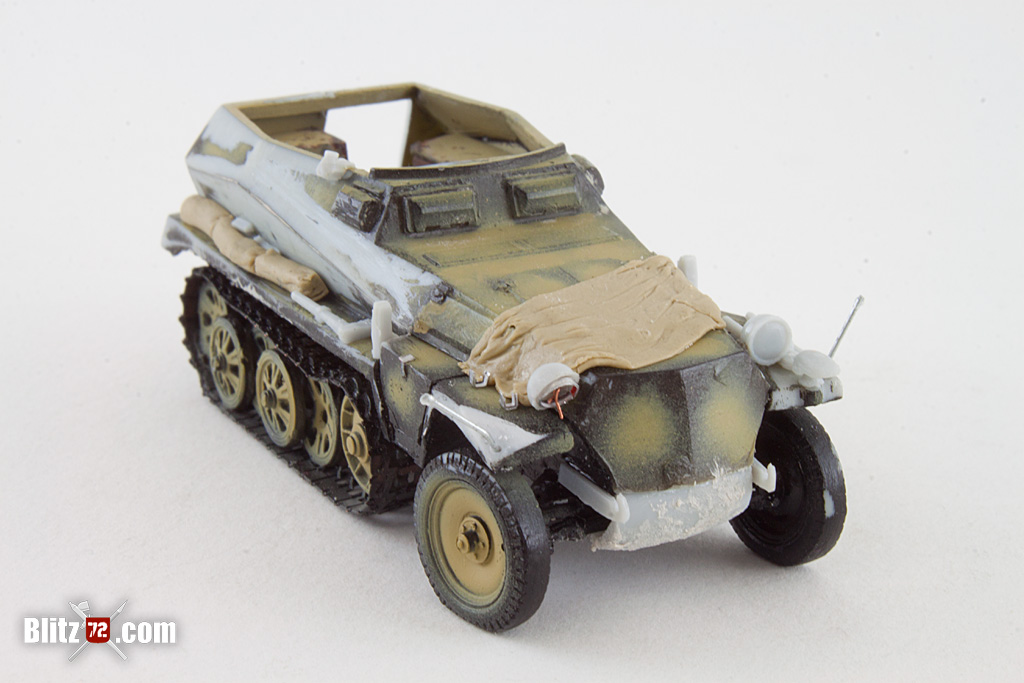 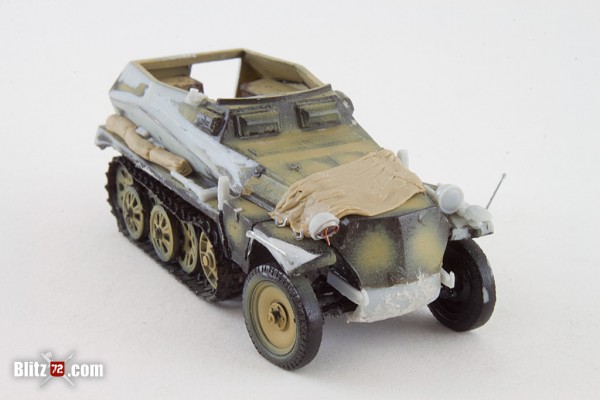 One of my hobby friends came with the idea of doing a GB to commemorate the 70th anniversary of the Battle of Kursk.

Needless to say I was keen on starting it, and I even got a new T-34/76 for the build. However, after a short run through my stash, I found this kit that I got some time ago, and it included decals for 3rd SS Panzer Division Totenkopf during this battle. I couldn’t help myself and I started it right away. 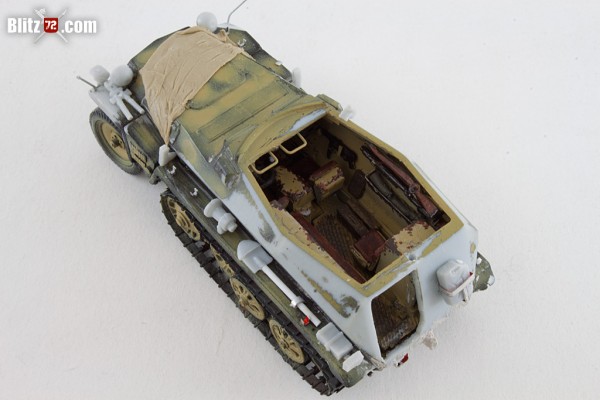 The kit is a typical short-run. Meaning every single part needed quite a lot of cleaning and in some cases detailing. Nothing good old Mr File can’t deal with. I won’t bash the kit for being somewhat difficult to assemble and align due to its exotic nature, but one thing that really put me off on this were the PE tracks. 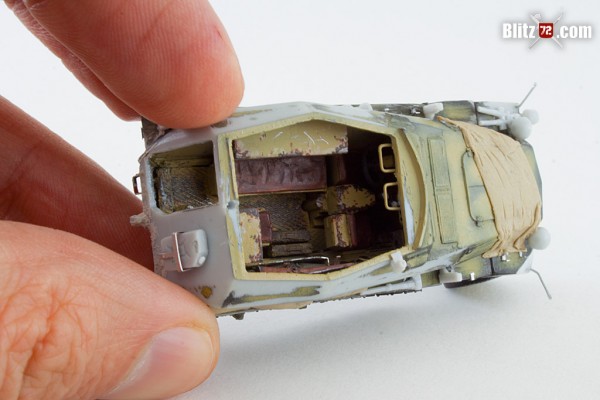 These tracks are a fold-onto-itself affair and they really look good once installed, but I recommend you  put them on the stove until red-hot then leave to cold to room temp. In fact if you can do it twice the better (WEAR GLOVES and use long isolated tweezers please) as they are very stiff and brittle. I did gave them some heat, but even then I had a bit of a hard time trying to conform them to the compound shapes of the roadwheels and I had to “sew” them on the bottom using cooper wire. 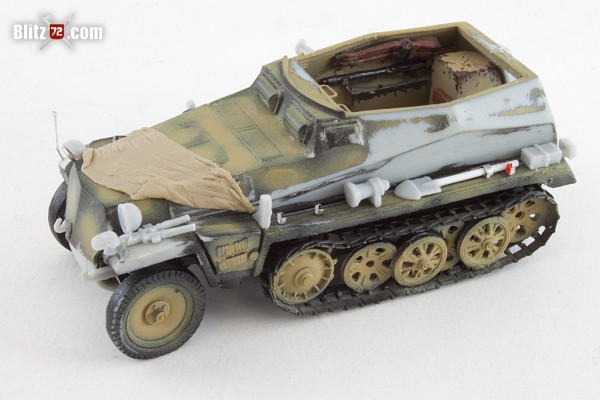 Again, not trying to sound bitchy or moany, just a heads up to you guys out there willing to tackle this kit. Also take your time aligning the bottom hull to the top. On mine the top was slightly wider (less than half a mil) so I had to sand it after it cured in place.

Some of the mods I made to the kit this far:

– Mudguard damage
– Hollowed headlight, added headlight glass retainer ring and wiring to it
– Using tin foil (again from a soda/beer can, hey I’m cheap!) added some detail, like tool bracing.
– Position indicators on the fenders were added using 0.3mm aluminum wire
– Flag on the hood and canvas roll were made using epoxy putty (the one used by plumbers… did I mention I was cheap?)
– Last but not least, I hollowed the rear door and made one from scratch. 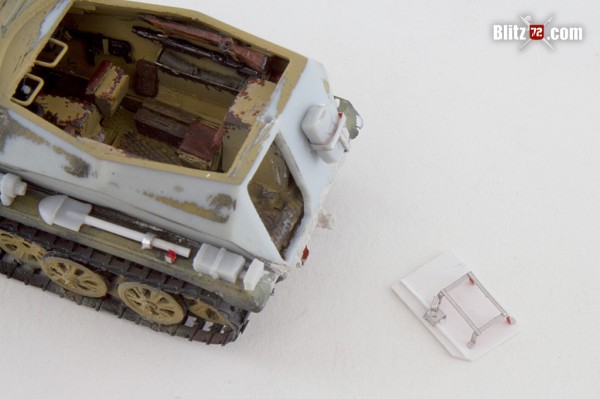 I left some tools out, and also the first aid kit. I want to depict a rather war weary vehicle.

Next would be painting. The idea is to paint it in dark yellow overall with some brown camo lines.