Ever since I saw this Black and White picture of an Argentine Air Force F-86F-40 Sabre in NMF I totally fell in love with the plane. 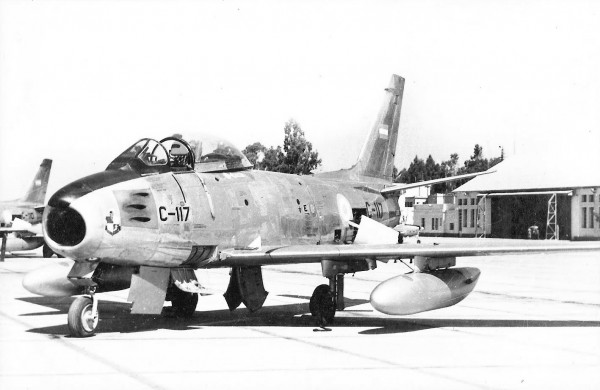 Then a Saturday morning, walking around in Buenos Aires downtown I walked into my favorite hobby shop and there was this rather toyish box from HobbyBoss. It was the “easy” F-86F kit in 1/72. The kit was dirt cheap so I thought I’d give it a go. 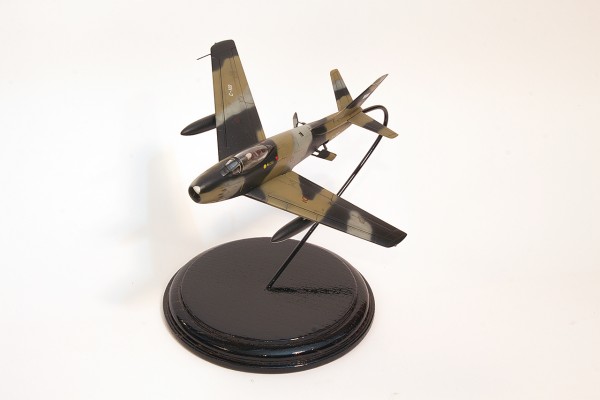 A lot has been said about the Easy like from HB so I won’t do into too much detail there, however for those of you wanting to build an argentine Sabre you need to know the Misawa tanks almost always fitted to the FAA F-86s are not included in the box. Actually the Japanese option in the box needs those as well. 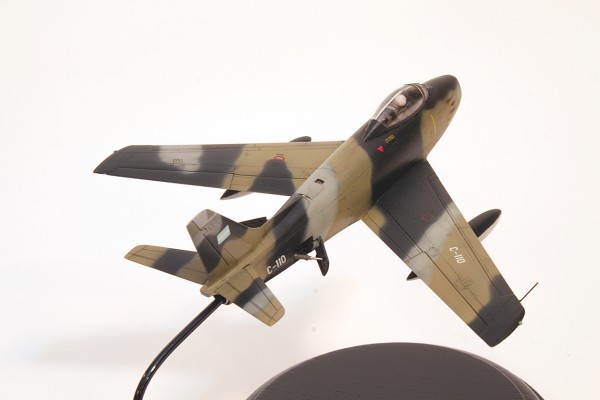 I managed to get an old set of Heller tanks from a good friend and modified them adding the underwing station and then made resin copies for it. 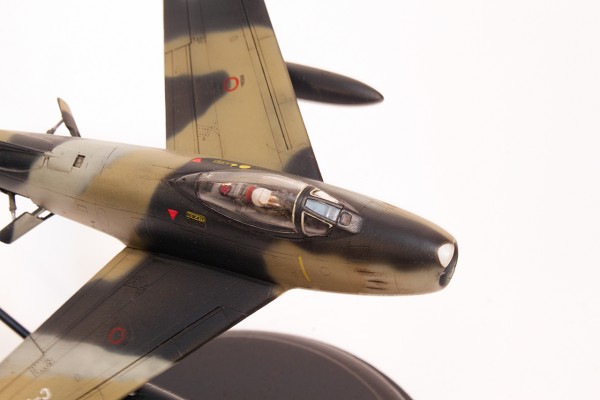 The decals came from Condor Decals from Argentina, and the base was made with a piece of turned wood and a coat hanger. 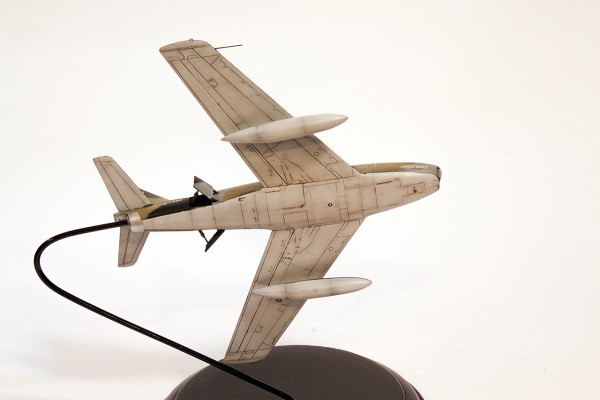 I ended up deciding against a NMF finish after finding some online photos of the Argentine Sabres in the quite peculiar camo scheme they used at the end of their service life. 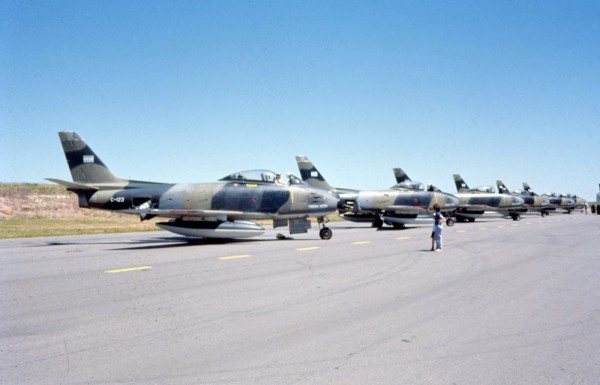 I’ve since forgotten about which colors I used on this build, but they where all Tamiya mixes.

As usual the model received a clear coat (Tamiya Clear) then a burnt umber oil wash.

The satin coat was achieved with Future floor was with 20% Tamiya Flat Base.